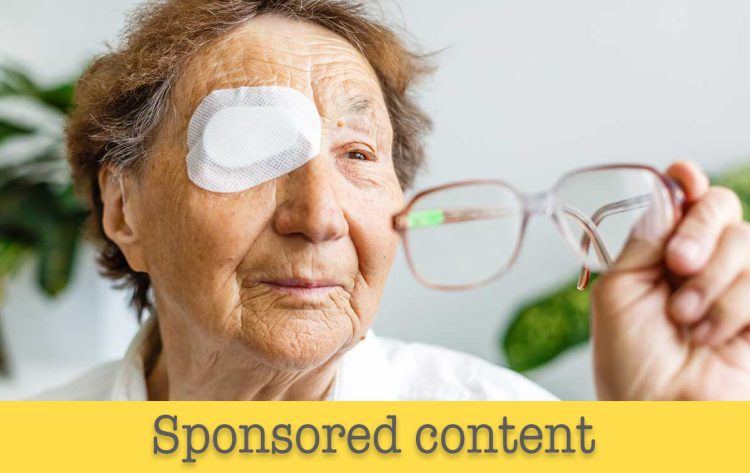 This article was first published on Tuesday, March 8, 2022.

The Australian Commission on Safety and Quality in Health Care recently released a new clinical standard on cataract care.

The Standard sets out to address the problems of uneven access to cataract surgery, and marked variations in waiting times across the country, making evidence-based recommendations across a range of areas.

Below, Dr Amy Coopes explores the problems the Standard aims to address, and how focusing on known pressure points has turned things around for two large public health services.

Successful cataract surgery is life changing, but systemic issues mean Australians who need it most are not always first in line and too many are waiting too long, with implications for morbidity, mortality and quality of life, as well as health equity.

Ballooning public hospital waiting lists and marked disparities by postcode and for Aboriginal and Torres Strait Islander peoples have prompted the Australian Commission on Safety and Quality in Health Care (the Commission) to examine how things could be done better.

The Commission’s Second Australian Atlas of Healthcare Variation identified four-fold differences in rates of cataract surgery between places with the highest rates (northeast Tasmania) and the lowest (Daly-Tiwi-West Arnhem). Inner and outer regional areas tended to have higher rates of the surgery compared with major cities or remote sites, the Atlas found.

Other national data from the Australian Institute of Health and Welfare consistently show disparities in waiting times from state to state (median of 49 days in Victoria compared with 286 days in NSW in 2019-20).

There is also disparity for Aboriginal and Torres Strait Islander peoples, who have a much longer median waiting time (124 days compared to 97 days for the general population), and significantly lower rates of cataract surgery despite potential to benefit (59 percent cataract surgical coverage rate for Indigenous Australians compared with 89 percent for other Australians).

The problem is not the volume of surgeries: at 8,000 procedures per million people per year, Australia is batting well above its weight, performing twice the number of cataracts as neighbouring Aotearoa/New Zealand.

But the majority – some 70 percent – of these surgeries are done in the private healthcare sector, meaning those who can pay are treated, while public waiting lists balloon and those most in need fall through the cracks.

“If you’re privately insured, particularly if you live in a capital city, you’ve got excellent access to cataract surgery; you can get it done whenever you want. That’s straightforward as long as you can pay the out-of-pocket costs,” explained Professor Konrad Pesudovs, an optometrist-researcher from the University of New South Wales who was part of the Commission’s topic working group for the new standard.

Within the public sector there are marked inefficiencies across the continuum of clinical care which means, more often than not, people are seen on a first come, first served basis, feeding into a counter-productive cycle of scattergun, ‘just-in-case’ referrals that further exacerbate inequities, said Conjoint Professor Anne Duggan, the Commission’s Chief Medical Officer.

We need a better system of triaging patients so if you are on a waiting list, you can be confident that the person ahead of you has been assessed to be in more need, and the person behind you in less need.

If you get rid of the noise out of the system, I think we can actually deliver more timely cataract surgeries.”

The Cataract Clinical Care Standard, launched last year by the Commission, attempts to tackle some of these inefficiencies head-on.

The overarching theme, according to Pesudovs, is “access to care for the right people”, and he said there was a great deal at stake in getting things right.

Cataracts are the second-most common cause of bilateral visual impairment in Australia, with half the population developing significant cataract by the time they are in their seventies.

Vision loss is not only a major detriment to quality of life for older people, it also hastens cognitive decline and has a clear association with falls. If an elderly patient breaks their hip and ends up in a nursing home, mean survival is just 18 months. Cataract surgery reduces the risk of falls by two thirds.

“You get such bang for your buck in terms of community gain, quality of life gain and the cost reduction of keeping people out of residential care, keeping them active, helping them to stop having falls, and other things that lead to morbidity,” Pesudovs said.

While the Standard seeks efficiencies across the lifespan of cataract assessment, referral and surgery, Pesudovs sees Quality Statements 4 and 5 as particularly critical, focusing on who should be prioritised for cataract surgery and when. This is something, he said, that “we completely fail to do in this country”.

The Standard aims to address this concern by standardising domains that should be addressed in a referral, with research from the NSW Agency for Clinical Innovation/Westmead Eye Institute suggesting up to half of patients sent for cataracts do not end up having the surgery.

Tracy Siggins is Director of Ambulatory Services at the Royal Victorian Eye and Ear Hospital (the Eye and Ear) in Melbourne, which is Australia’s leading tertiary eye centre and training site for the nation’s ophthalmologists.

Siggins oversaw a major reform of the Eye and Ear’s cataract service in 2015, in response to skyrocketing waiting times and surgical bottlenecks.

When the project began, Siggins said there were more than 10,000 people on the waiting list for a cataract clinic appointment, and some had been there for more than four years – an “awfully long time for a surgery that is relatively straightforward in a developed country”.

“There were extended waits for care, there was inequity of access,” said Siggins.

Six years after overhauling their program, the hospital’s waiting list for a cataract appointment had been reduced to just 1,726 and was being maintained at this level. (The figure has increased slightly recently as a direct result of COVID restrictions on activity levels.)

How did they do it?

Drawing on international success stories including London’s Moorfields Eye Hospital and the University of Michigan Kellogg Eye Center in the US, Siggins said they made changes across the spectrum.

The Eye and Ear began by restructuring to establish a specific surgical ophthalmology service that deals solely with cataract patients rather than including them in an undifferentiated pool of ocular referrals.

They modelled out the optimum number of approved patients on the waiting list to allow for maximum throughput and scheduled their clinics accordingly, training up and developing a competency module for orthoptists to run the majority of the assessment service, freeing up the ophthalmologists to deal with more complex or urgent referrals.

Most importantly, the hospital issued a clear set of referral guidelines and thresholds, matched to internal triage criteria, detailing what information was required before a patient would be considered for surgery.

It also mandated that every referrer and patient receive a letter detailing the outcome of the referral, which Siggins said helped with conveying and enforcing the changed processes. Achieving change was an “uphill battle” for the first few years, she said.

While clinical parameters such as visual acuity were included in the referral requirements, Siggins said other factors were specified as just as important, including the patient’s risk of having a fall and visual needs.

This is reflected in the new Standard, which specifies that an initial assessment and referral should cover not just visual impairment but also its impact on a patient’s usual activities, their comorbidities, and whether they are prepared to go through with surgery.

The Eye and Ear encourages providers to consider bilateral consent for cataracts, on the basis that most people who have one eye done will eventually need their second eye addressed.

The Standard recommends that “options for a patient with bilateral cataract are discussed when the decision about first-eye surgery is being made” allowing decisions about the timing of second-eye surgery to be shared with the individual patient. For some patients, this may mean arranging second-eye surgery several weeks after their first eye, avoiding multiple appointments and rejoining waiting lists.

The option of second-eye surgery on the same or next day may be appropriate in limited circumstances, according to the Standard, although clinicians should assess suitability for the individual’s personal situation and the associated risks and benefits.

Pesudovs is an advocate of the approach, with international evidence showing “fantastic efficiency gains” from doing both eyes in quick succession, sometimes on the same day and sitting. The advent of intracameral antibiotics made this a safe and effective option, he added, with a marked reduction in falls risk with so-called sequential surgery compared with staggered operations.

“It would enable us to do more cataract surgery and eliminate more people from the system more quickly, so I am pleased it is mentioned in the Standard as an option for consideration,” he said.

A benchmark for all

While the Standard is not mandated or enforceable and 70 percent of cataract procedures are conducted in the private sector, Duggan said the Standard should serve as a benchmark of best practice, not only for clinicians but health service boards and consumers as well.

“Once you have laid this out to consumers and to the public, it does put a bit of pressure on the system, I think, to examine their practices and respond,” said Duggan. She added that “if we get this right such that the public system becomes more efficient, fewer people will have to pay out of pocket to go to the private system”.

This sentiment was echoed by Siggins who said, public or private, the Standard demonstrated that cataract care should be “consistent and it should be equitable.”

“We should be making sure that cataract patients are aware that we’re only operating on them if there is an absolute requirement to do so, and there is going to be an absolute value-add to having the intervention done,” she said.

Siggins sees the Standard as an important first step.

“If we are serious about providing high quality, safe and equitable access to cataract care here is a set of expectations that is evidence-based, that is set upon achieving those objectives of equity, consistency and safety,” she said.

PrevPreviousInternational Conference on Emergency Medicine shines spotlight on global challenges and lessons from COVID-19
NextGovernments urged to address inequities in access to abortion services in rural, regional and remote areasNext