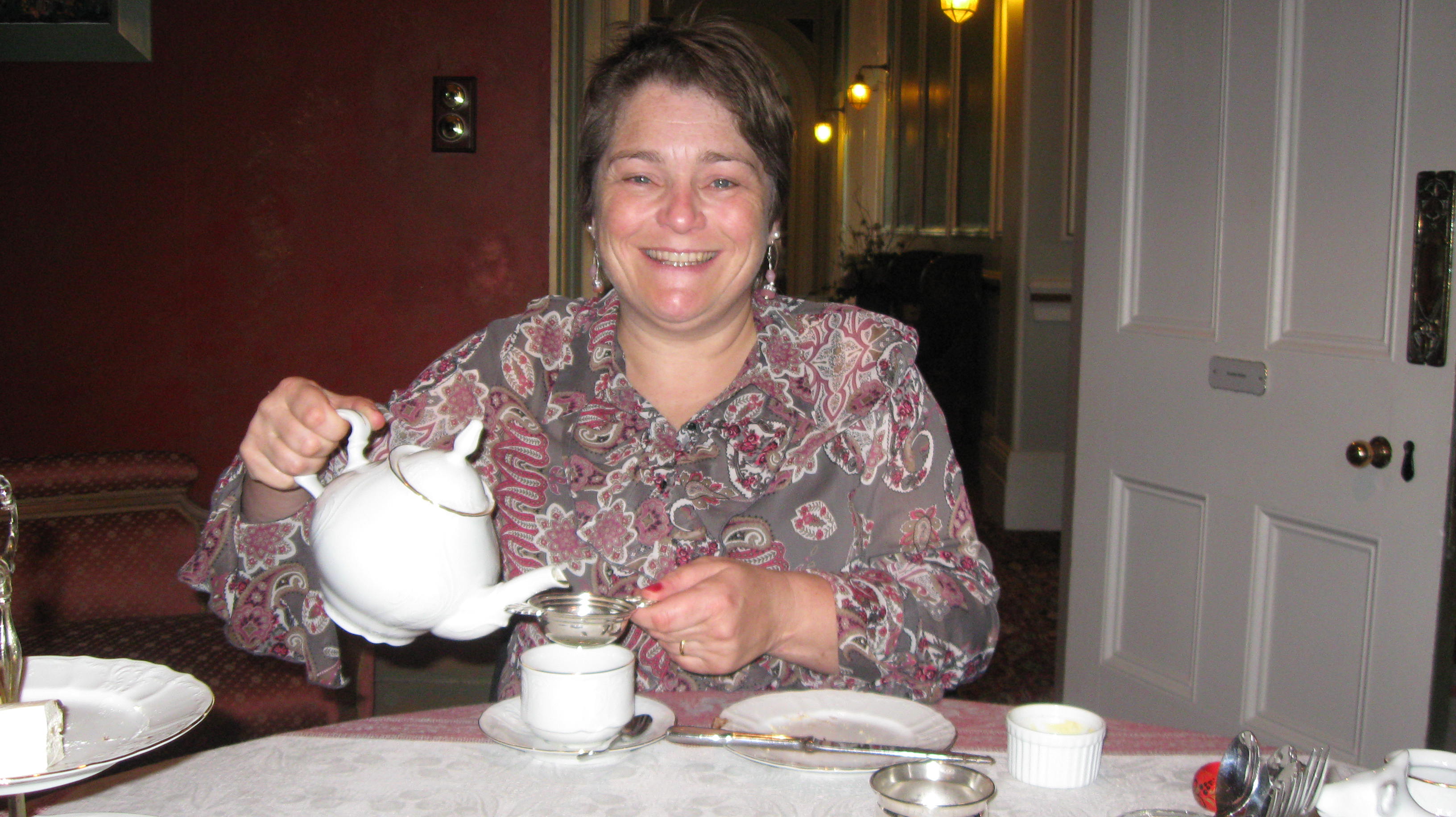 Of course I am privileged: The question actually is…what should I do about it?

Introduction by Croakey: As we have previously reported, mainstream media outlets – including Sky News, News Ltd and Radio 2GB – have in recent months fuelled the fires of a politically motivated, misleading campaign against new codes of conduct for nurses and midwives, which took effect on March 1.

Media Watch delivered this scathing review of those media that picked up on the incorrect claims that that the news codes required “white nurses to announce they’ve got white privilege before they can look after patients of an Indigenous or Torres Strait Islander background.”

“Am I right there?” asked former Tony Abbott chief of staff Peta Credlin as she stoked the fire: No, was the resounding response from all who know.

In the post below, nurse and midwife Sarah Stewart, who was a member of the working group that consulted on the new code of conduct for midwives, describes her growing understanding and experience of privilege and how she has seen it impact on the health of Aboriginal and Torres Strait Islander people.

Croakey readers may be interested to read this article that examines why, given the emphasis on patient-centred care and patient involvement in decision-making, the boards of hospitals and other key health agencies in Ontario, Canada, still fail to strongly reflect the communities they serve.

It reports that a 2013 survey of leadership in health care in the Greater Toronto Area found that although visible minorities made up 47 per cent of the population, they comprised only 22 per cent of regional Local Health Integration Networks boards and only 14 per cent of hospital boards. While 16 per cent of Ontarians live with a disability, they made up only about one percent of boards and senior management across the sector.

There you are. I said it.  I feel like I should be at an AA meeting… “My name is Sarah and I am white and privileged”.

Clearly it’s not a secret that I am white. You’ve only got to look at me to see how ‘white’ I am. And when I open my mouth, that Southern Counties English accent (I used to live in Salisbury, England) still summons up images of thatched cottages and Pims on the lawn…or so I’ve been told.

I was 16 years old before I spoke to a black person, and that was only because I had gone to the East End of London for a week to do some volunteer church outreach work.

I am not sorry about who I am, nor that I am white. I am who I am, and I am proud of the family I descended from. So why is it, as I write this, I feel an unease in my gut; I’m almost embarrassed to admit to being white. I know how privileged I am when I watch the persecution of the Rohingya people or the bombing of Syria on TV.  But what does white privilege mean in the Australian context, and especially in relation to Aboriginal and Torres Strait Islander people?

I have only recently become aware of the idea of white privilege, which is a theory that explains the inherent privilege and advantages that white people have over non-white people because of skin colour. Having lived in New Zealand for nearly 20 years, I felt I had been fully conversant with cultural safety, but that it was somehow always tied up with the Treaty of Waitangi and did not have a deep, personal  impact on me.

But it was since I moved to Australia that I have been challenged about white privilege at a workshop facilitated by the Congress of Aboriginal and Torres Strait Islander Nurses and Midwives (CATSINaM), and how it feeds into my attitudes and beliefs about the world. What white privilege means in reality has been especially driven home to me on two recent occasions.

The first occasion was when I met a wonderful Aboriginal woman who I immediately felt a real connection to. Although she was ten years younger than me, we found we had many similarities and shared experiences, and we become friends very quickly. It is not often I make those sorts of deep relationships because usually I am a bit of an introvert. What dawned on me and saddened me greatly, was that despite the age difference between us, she was likely to die the same time as me because Aboriginal women have a life expectancy of nearly 10 years less than non-Aboriginal women.

The second occasion was when I was supporting an Aboriginal family receiving healthcare in a hospital. The family described the care they received and the attitudes displayed by staff, which seemed to me to be sub-standard to say the least. But when I arrived, it appeared to both myself and the family that staff attitudes changed – communication improved, and the care provided was much more in line with what I would expect.  It is my perception that me being there made a difference to the attitudes of staff and care provided, and I sincerely believe it was because I was a white woman.

So, maybe that’s why acknowledging our whiteness should be embedded into the Codes of Conduct. We should acknowledge that  Aboriginal and Torres Strait Islander people are likely to die younger than us, are more likely to be incarcerated, die of suicide, diabetes and heart disease than non-Aboriginal people. And maybe that is why there is such pushback over the new nursing and midwifery Codes of Conduct, because we know in our hearts that we’re privileged, but we’re not doing anything about it.

In the definition of cultural safety in the Codes,  nurses and midwives are encouraged to “ undertake an ongoing process of self-reflection and cultural self-awareness”. The Code goes on, in its glossary, to say “cultural safety provides a de-colonising model of practice based on dialogue, communication, power sharing and negotiation, and the acknowledgment of white privilege.”

The Nursing and Midwifery Board of Australia (NMBA) do not just wake up in the morning and say “We’re going to make you naughty nurses and midwives do this, this, and that….because we feel like it!”  The Codes and similar regulatory documents go through an extensive process of research, collaboration, and industry and public consultation. For example the NMBA carried out a series of road shows around the country which gave nurses and midwives an opportunity to give their feedback in a face-to-face environment.

You can see the full consultation process and submissions to the process here (guess what, there’s none from Graeme Haycroft, nor his Nurses Professional Association of Queensland Inc, despite leading the charge in the confected outrage about the codes): http://www.nursingmidwiferyboard.gov.au/News/Past-Consultations.aspx

The NMBA has already discussed how the new codes were developed with this definition of cultural safety: http://www.nursingmidwiferyboard.gov.au/News/2018-02-01-nmba-catsinam.aspx. (Please also see this explanation from CATSINaM CEO Janine Mohamed’s on why cultural safety is so important in healthcare: https://indigenousx.com.au/janine-mohamed-cultural-safety-matters/#.WrbUIZe-nIV

So rather than being divisive as Australian Conservatives Senator Cory Bernardi claims, nursing and midwifery peak bodies and organisations have been united in accepting the new Codes, because we were involved in their drafting and development right from the start.

As a member of the working group that consulted on the midwifery Code, I am extremely proud that it acknowledges racism as an unacceptable behavior.

It is time we whities stop being snowflakes and acknowledge the universal truth that being white does give us an inherent advantage over non-white people. There’s nothing wrong with being white. What is very wrong is being white, knowing how that plays out especially in healthcare, and doing nothing to redress the inequity that our privilege fosters and promotes.

Sarah Stewart has been a nurse and midwife for many years. She has worked across the clinical spectrum in midwifery, been a senior lecturer and now focuses on policy and management. Sarah has recently completed a MBA and is a Member of the Australian Institute of Company Directors. Her current research interests include how the implementation of good governance principles can improve healthcare practice.