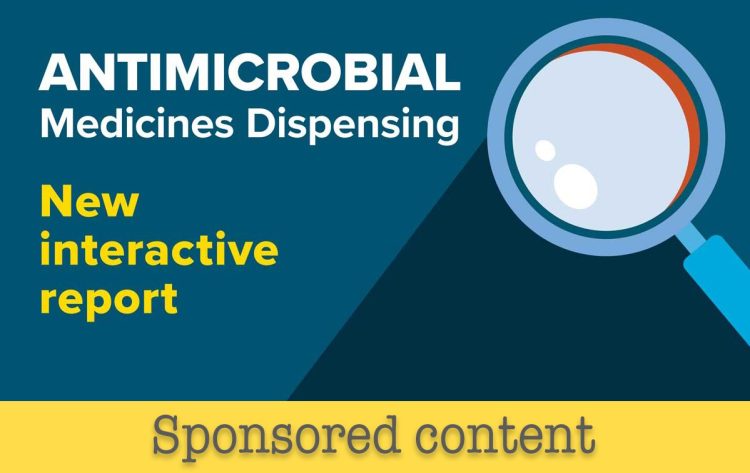 Paving the way for further improvements in antimicrobial use in Australia

This article was first published on September 23, 2020

A key strategy in global efforts to combat antimicrobial resistance is to reduce the unnecessary use of antimicrobial medicines, yet achieving this in Australia has proved to be slow and difficult work.

A new report from the Australian Commission on Safety and Quality in Health Care provides insights into the progress that has been made, and will act as a resource for those who wish to build on success.

Efforts to reduce Australians’ use of antimicrobial medicines are paying off, according to a new report showing a consistent downward trend in dispensing.

But experts have called for a continued push to drive down use, with Australians still using antimicrobial drugs at twice the rate of some comparable nations.

The Australian Commission on Safety and Quality in Health Care (the Commission) this week released the Antimicrobial Medicines Dispensing from 2013-14 to 2017-18 report. The interactive online report shows trends over five years in the dispensing of three types of medicines: all antimicrobial medicines, amoxicillin, and amoxicillin-clavulanate (the second and third most widely prescribed antimicrobial drugs in 2018).

“The good news is it’s clearly trending downwards. The fantastic effort put in by so many different organisations over the years is starting to bear fruit,” Turnidge said, noting that this was the first consistent decline in use observed since 2003.

“The bad news is, at the current rate of decline, it’s still going to take about another 30 years to get it down to Dutch levels.”

Despite the drop in use, Australia still has a high rate of antimicrobial use compared with some similar OECD nations. In 2017-18 there were 22.7 defined daily doses (DDD) dispensed for every 1,000 Australians per day, compared with 8.9 in the Netherlands, and 10.8 in Sweden.

Dr Liz Marles, Sydney-based GP and member of the Commission’s Atlas Primary Care Expert Advisory Group, said it was encouraging to see the downward trend on every indicator across all measures.

“Overall, we are seeing that the messages around the need to reduce antimicrobial use are getting through to both the public and prescribers.”

But, she added, when compared with European rates it was clear there was still more work to do.

“What it does is give us a benchmark of how low we could go and still be prescribing appropriately,” Marles told Croakey.

While the report does not include private prescription data (non PBS/RPBS prescriptions), hospital-dispensed prescriptions, or direct supply to remote Aboriginal health services, Turnidge estimated that it captured about 95% of antimicrobial medicines used.

Marles said the ability to explore the data at PHN level would enable networks to compare their results with other PHNs with similar demographics.

“This gives you a much better sense of what’s actually going on and whether you are on track or need to lift your game and put more effort into targeted messaging.”

She said the geographic data would also allow state governments to evaluate their progress in reducing antimicrobial medicine use.

The report highlights 22 SA3 areas where antimicrobial dispensing rates have declined over the five-year period but remain stubbornly high.

Seventy-three percent of these areas (16) were in the lowest socioeconomic status (SES) quintile. All areas were in the eastern states, and most were located in major cities (91%).

Marles said it was not surprising to see higher dispensing rates in particular areas.

“We generally see higher smoking rates in the lower socioeconomic areas, and we may well see more diabetes in these areas, which may mean more infections,” she said.

Turnidge said a range of factors could be at play – including education, cultural background, and language issues – and research was required to understand the reasons behind these areas’ relatively higher rates of antimicrobial use.

Lessons from the west

While reducing antimicrobial dispensing in some pockets in the eastern states is proving to be challenging, antimicrobial use in WA, the ACT, and the NT was about 10 percent lower than in other states. The Commission noted that this may be partly explained by the fact that supply to Aboriginal health services was not included in the data.

Turnidge said research was needed to investigate the reasons for these results.

“Maybe it’s demographics. Maybe it’s the fact that doctors trained in WA tend to stay in WA,” he said. “I would love to know because we could obviously learn something from what is working well in metropolitan Perth.”

A key challenge in reducing antimicrobial use is to do so without compounding existing health inequities, the Commission reported.

Marles said the message is more nuanced than “just don’t use antibiotics”.

“It’s about identifying a person’s individual risk and working out if antibiotics should be used in this particular circumstance,” she said.

Marles said the report revealed an increasing confidence among GPs in identifying groups that should be treated, and those who could be left to recover without treatment.

“That’s where continually referring to updated antibiotic guidelines is really useful,” she said. “They help you work out which groups should be treated. For instance, you would treat an Aboriginal person living in a remote community more quickly than you might treat a person living in a high socioeconomic area in the city.”

Marles said it was important for GPs to routinely refer to guidelines because they are regularly updated. “You can’t necessarily learn something as a medical student and keep doing it,” she said.

Turnidge said a shift in messaging – highlighting the importance of maintaining a healthy microbiome – was also proving to be effective in changing patient expectations around antimicrobials.

“You can’t live a healthy life without a healthy microbiome in your gut and on your skin, and each time you take a course of antibiotics, you give the microbiome a big shake up that can take months to recover,” he said.

“It’s a really powerful message because it’s personal. The antibiotic resistance story is about public health, and the risks of infection with a really nasty resistant bug as a consequence of antibiotic overuse is low compared with the risk of affecting your microbiome, which happens 100 percent of the time.”

Both Turnidge and Marles said the COVID-19 pandemic is likely to have a significant impact on future trends in antimicrobial use.

“My suspicion is that it will drive usage downwards,” Turnidge said, noting the decrease in GP attendances due to COVID-19. Also, he said, the pandemic had improved public understanding that antimicrobials are unable to treat viral illnesses.

Marles said the pandemic was also a stark warning about the impacts of diseases with no treatment.

“If there is one thing that comes out of this whole coronavirus pandemic, it’s being able to see what we face if we don’t have an effective treatment for a particular condition,” she said. “We need to work hard to preserve the value of our antibiotics by reducing resistance as much as possible. Antibiotics are a really precious resource.”

Turnidge said the report would support more targeted efforts to safely reduce use across Australia.

“We need to get our PHNs engaged in quality improvement activities looking at antimicrobial prescribing,” he said. “Hopefully they can allocate resources to reducing prescribing, and to educating both the prescriber and the patient – you need to educate both at the same time.”

And, he said, once the Federal Government started to “breathe after COVID”, it will be important to focus on national measures to improve antibiotic resistance and reduce unnecessary use across both human and animal health as outlined in the National Antimicrobial Resistance Strategy 2020 and Beyond, released in March this year.

Marles said GPs should also be congratulated on the positive progress made so far in reducing the use of antimicrobial medicines.

“We still have a way to go, but we should take a lot of confidence in knowing that we are heading in the right direction and we can tailor our treatment more specifically to those high-risk people in high-risk situations.”

This article was written by Nicole MacKee and edited by Ruth Armstrong, on behalf of Croakey Professional Services. It was sponsored by The Australian Commission on Safety and Quality in Health Care, which had final say over the content.

Introducing a new member of the Croakey team