The power of words: ‘why we need to stop talking about inequality’ 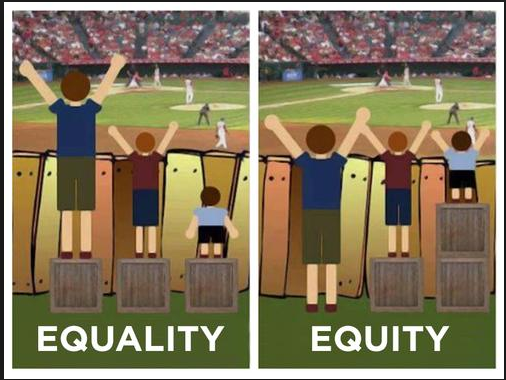 As Australian moves to bring about marriage equality again floundered on Tuesday, this post below from New Zealand campaigner Kirk Serpes looks at the need to shift away from problem-focused messaging that’s aimed at “raising awareness” to tackle some of the most complex issues: poverty, inequality and crime.

He discusses how “framing” is a powerful and under-used tool for shifting public debate, with an example from a controlled experiment on how “playing with words” can shift mindsets. He says:

Frames can change how people see the world.  Using frames that give people a more accurate model of reality means that they can make smarter decisions about where we as a society should be going.  They change howpeople think, not what they think.

This article was first published at PublicAddress.net, a community of New Zealand-centric weblogs: see @publicaddress on Twitter. Croakey is grateful for permission to re-post here.

Progressives in New Zealand, as well as in the United Kingdom and Australia, have got ourselves stuck in a strategic dilemma.  Frustratingly, it appears that while the vast majority of people in our respective countries share our concerns on social and environmental issues, they somehow keep voting in the people who make those things worse.

And with that comes a chorus of calls from pundits that “Labour needs to shift to the right” because apparently that’s what voters want. This is a great idea except for the fact that with, say, every step to the right by Australian Labor, Tony Abbott moves two steps further right towards crazytown. I’m not going to waste any more time talking about how bad an outcome this is!

Reality is, of course, far more complicated. Even in purely PR terms it’s possible to appear moderate or “centrist” while implementing whatever policy you want (as demonstrated by NZ Prime Minister John Key & Crosby Textor).  There is a certain art to communication that we are simply not getting right at the moment, and that’s what causing the massive disconnect between what people are concerned about and what they actually vote for.

Luckily for us, there’s some outstanding work being done – both here and overseas – in cognitive linguistics, which might just have some answers.

Let’s start by looking at how we currently communicate about inequality.  Most of what you hear is about how bad it’s getting, how “the gap between rich and poor is widening”; the top 1  per cent and their ever-increasing share of the wealth, and so on.

This is problem-focused messaging that’s aimed at “raising awareness of the problem”.  Of course, simply making people aware of a problem doesn’t mean they will want to take action to fix it, and it definitely doesn’t mean they will automatically connect the dots and come up with the appropriate solutions to the problem. And even more controversially, do we have to wait till everyone in the country is aware of a problem before we do something about it?

The solutions to complex socio-economic problems aren’t self-evident, especially to the average punter.  Yes, if you’re reading this blog you’re probably in the top 5 per cent of well-informed citizens, and you’re well aware of most, if not all, the systemic drivers of inequality, and why rebalancing things will require collective efforts. But when people who aren’t political nerds are faced with a complex problem, they look for narratives (or frames, as is the technical term) to simplify that problem into something they can relate to.

The idea that a lot of people are living in poverty right now can be explained via two different and competing frames. The progressive one that we believe (but that we don’t talk about enough) is that the problem is systemic and requires a collective response in which government plays a major role, but the not the only role.  However, the more common frame people hear is the one about personal responsibility, in which some people are lazy while others are disciplined and work hard. The ones that work hard get ahead and that’s why society is unequal.  Simple.

The story of the individual (in success or in failure) is a lot easier to understand than the one about systemic drivers.  And we don’t do ourselves any favours by focusing on explaining the problem without telling compelling stories about the solutions.  Compare that to the political right, who are so very good at consistently promoting their solutions and frames that any one of us could comfortably write their press releases.

A good recent example of this was the child poverty campaign before the 2015 NZ budget.  Several large non-profits as well as the major left-leaning political parties spent several months asking the government to do more about child poverty.  Yes, there was some mention of the solutions in the fine-print; but the headlines – the thing most people actually read or hear – concentrated on establishing the problem.

What happened was easy to predict: the government threw a small amount of money at one part of the problem (without doing much to fix any of the drivers that are making people poorer in the first place). They walked away looking compassionate and pragmatic with the voting public, and the progressive movement didn’t do much to change the story from one of personal responsibility to systemic causality.  It was a tactical failure – but also a failure in strategic messaging.

Now that doesn’t mean you should stop donating to charities; we should definitely be helping those in urgent need. Compassion is a great kiwi value, and it’s a strong trait across the political spectrum. But the idea of relying on private charity as an alternative to collective action to rebalance the economy is not only unjust, it’s also not going to fix the problem in the long term.

The good news is that there are some great examples of progressives doing it right, when it comes to establishing compelling frames. One is the Living Wage campaign. From the name onwards, it’s clear this is about solutions and not the problems. The name alone forces the other side to defend why they aren’t paying humans a living wage.  And this immediately opens the door to deeper questions about systemic imbalances in how our economy is currently geared.

I also really love how it manages to be policy-focused without using dull policy speak like “earned income tax credit”.  Getting the name of your campaign right is a powerful tool in cutting through the noise when people are getting bombarded with thousands of messages from all sides, all day every day.

Marriage equality is another good example.  For years, it was framed as “gay marriage”,  which subconsciously implied giving something special to a “special interest group”.  The dominant value of equality wasn’t obvious in the name. Talking about “marriage equality”, on the other hand, sounds like it’s about expanding existing rights to include everyone.  Now, that may seem like a subtle difference – but it’s all about what people actually hear, not what you say.

If you’re sceptical about how much of a difference fiddling with a few words can make, then that’s a good thing.  It’s healthy to be sceptical of a couple of examples of campaigns, given the many non-messaging factors at play.  So here’s an example from a more controlled experiment on how “playing with words” can shift mindsets.

In a 2011 Stanford University study, Paul H. Thibodeau and Lera Boroditsky looked at the role that metaphors played in how people respond to a given problem – in this case, crime and prison reform. They asked people to read a passage that described a city with a crime problem, and to then suggest solutions they thought were necessary. Here’s the passage they used for one of the tests.

Crime is a {beast/virus} ravaging the city of Addison. Five years ago Addison was in good shape, with no obvious vulnerabilities. Unfortunately, in the past five years the city’s defense systems have weakened, and the city has succumbed to crime. Today, there are more than 55,000 criminal incidents a year – up by more than 10,000 per year. There is a worry that if the city does not regain its strength soon, even more serious problems may start to develop.

Only one word was changed in the sample text: beast vs virus as the metaphor for crime. The responses were categorised into two broad themes, based on whether participants proposed systemic solutions (like after-school programs, more jobs, etc) or solutions that focused more on the individual (harsher penalties, etc).

The results were startling. When the virus metaphor was used, significantly more people offered systemic solutions – these responses were higher by 17 per cent (71-54). Thanks to the power of one word!

The best part: when the researchers asked respondents to point to which part of the paragraph had convinced them to propose their solution, 97 per cent of the subjects pointed to the crime statistics. Words influence how we make decisions without us even knowing it.

Framing is a powerful and under used tool for shifting public debate, and it isn’t limited to just inequality, poverty and crime.  Frames can change how people see the world.  Using frames that give people a more accurate model of reality means that they can make smarter decisions about where we as a society should be going.  They change how people think, not what they think.

Reframing an issue can be a powerful tool in creating lasting change, but it doesn’t come easy, as it involves extensive analysis via focus groups and surveys to test the difference in how people subconsciously react to different words, metaphors and messengers. And I could count the number of people I’m aware of who actually know how to do this on one hand (that’s in the world).

Luckily for you, one of them will be coming to New Zealand. Anat Shenker-Osorio is one of the leading experts in framing and she’ll be speaking at Step it Up 2015 on 1 December.  Tickets are already on sale, and if you can’t afford a full-price ticket, discounts are available to grassroots campaigners in volunteer organisations.

I know I haven’t quite answered how to reframe inequality.  The bad news is that there’s no simple answer. From the research I’ve seen, you can’t simply swap it for some other word like the other examples I’ve shown. It’s far more complex of an issue.  The good news is the research does have some solutions; you’ll just have to change how you think about inequality.  And wait till my next post.  You might also be keen on this event with Max Rashbrooke in Auckland on 13 August.

Kirk Serpes is a mechanical engineer turned campaigner.  He is one of the co-founders of Generation Zero and the New Zealand Youth Delegation. He has experience with field campaigning on US President Barack Obama’s re-election campaign and digital organising on the Australian elections in 2013. He is currently the Executive Director at the Centre for New Zealand Progress focusing on communication and capacity building within the progressive movement. You can follow him on Twitter @kirkserpes.

PrevPreviousWinter hospital bed crisis – could we be doing better?
NextSyphilis in remote Indigenous communities: can we eradicate it this time or is the risk now greater?Next