A still from the Bega Teen Clinic promotion video, of a mother and daughter talking about benefits of the service.

The Teen Clinic: a friendly, innovative service seeking to meet “a massive need”

The recent Nurseforce for the Future conference showcased a number of nurse clinics that the Australian Primary Health Care Nurses Association supports across Australia under the Enhanced Nurse Clinics project.

An earlier Croakey story reported on one of these clinics, a new approach to dementia in general practice in the regional Victorian city of Ballarat. The story below describes how a Teen Clinic was set up in the NSW coastal town of Bega following a spate of youth suicides.

About three years ago a spate of suicides among young people in the NSW town of Bega rocked the small coastal community, including the staff at the local Bega Valley Medical Practice.

“We were sitting in the staff room going ‘what can we do?’, ‘why aren’t these kids coming and getting help?’, ‘what can we do to make the access easier for them to come and see health professionals?’,” registered nurse Meghan Campbell told the conference.

The staff realised that the pathways between local schools, young people and the health system were poor, and that the traditional ways of accessing care such as making appointments with the family GP were not options for many young people.

Campbell remembered that when she was a teenager and was ready to start going on her own to a doctor, her mother had helped her rehearse what to say in the consultation and how to manage payment and appointments.

She knew many young people did not have that support, or were worried about stigma and privacy, particularly related to sexual and mental health issues, given that the person next to you in a waiting room in a rural clinic might be your neighbour or relative.

So the practice set up a Teen Clinic, with a practice nurse available two afternoons a week for drop-in consults, offering STI screening, and advice on contraception, relationship concerns, mental health issues or general health and education.

The nurse’s role, Campbell said, is to be a “soft entry point”, to triage the young people, provide initial screening and/or health education and to act as a facilitator to GPs and other providers as needed.

It’s a team-based model of care where, she says, the reception staff play a vital role – to be friendly, welcoming and discreet.

Beyond the practice, the clinic also aims to build community engagement and relationships with other services such as teachers and counsellors, mental health workers, family support services, and employment and housing support agencies. 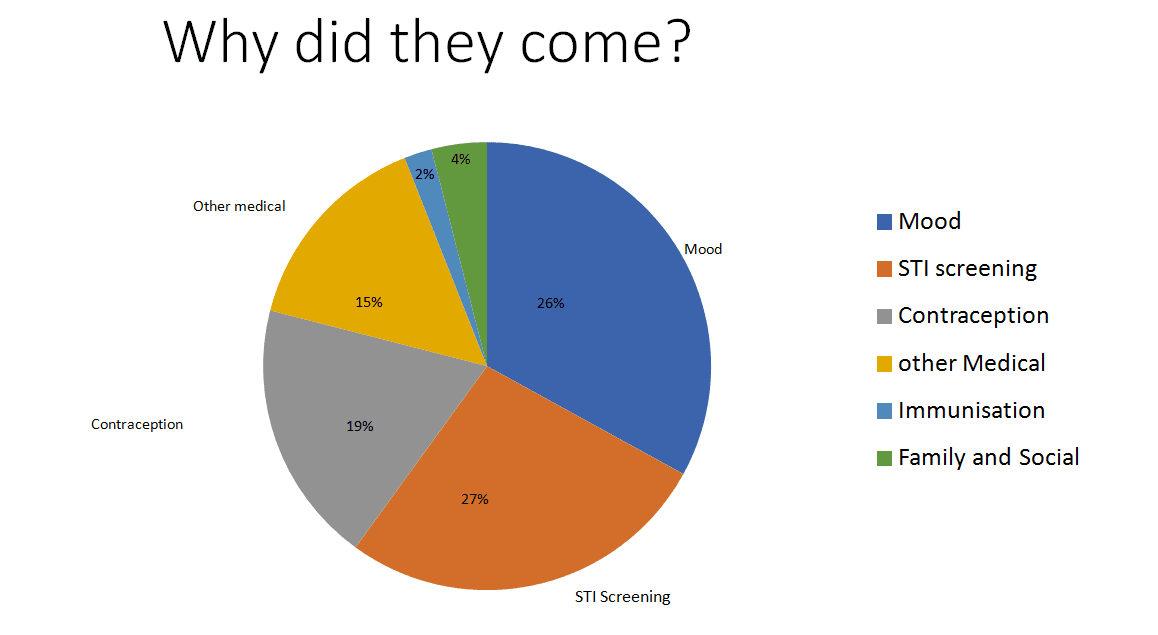 A video promoting the Teen Clinic (you can watch it below) commends its approach. “It feels almost like a local solution to a global problem,” says a local teacher.

Bega Valley Medical Practice Principal Dr Duncan MacKinnon says the clinic takes seriously all the issues with which a young person might present.

“No problem, nothing that a teenager brings is unimportant…because it’s important to them: acne or warts, concerns about contraception…as well as family and emotional problems, bullying, housing problems,” he says.

Campbell gave an example of the support the Teen Clinic was able to offer to a 16-year-old homeless girl who was pregnant and didn’t want to keep the baby.

She was told by a GP from another practice that the only way she could access a termination was a three-hour trip to Canberra where she would have to pay $500.

“That was out of her reach and incorrect information,” Campbell said. A friend of the girl’s recommended the Teen Clinic, which was able to help by referring her for a local procedure.

The APNA Enhanced Nurse Clinics website provides another example as part of its case studies, and a glimpse at issues for health care in rural and regional areas. It says:

A mother phones the surgery saying she is worried about her son’s mental health. They are unable to get an appointment with their usual GP for two weeks. The son is seen immediately in the Teen Clinic by a nurse and reviewed by a GP that same day for a Mental Health Care Plan. It is determined that it is not an acute mental health presentation and he is booked with the onsite psychologist within the next three days. In Bega, a non-urgent psychology appointment can usually take 2–3 months to access.”

The important thing for young people, Campbell says, is that the Teen Clinic is not a ‘specialist’ sexual or mental health service, so as far as other patients know, they could be presenting with a “sore toe”.

“This is one of the things I love about this model, there’s no stigma,” she says.

The clinic also doesn’t try to be “everything to everyone” but has built relationships with other services in the region.

Campbell said it is difficult to measure outcomes for such an early intervention model – “we can’t measure how many pregnancies are prevented or mental health crises averted.”

But she said the clinic judges its success on the fact that young people keep coming, and that it has great community support.

The practice’s initial concerns – “that we’d either be overwhelmed or not cool enough for them to come” – were assuaged as the clinic built trust over time and became known as “a safe place to come with anything, big or little”.

It has also built trust with the local high school, and managed some early parental suspicion about their teen-aged children going to a clinic by themselves. “Now people stop us in the street and say how good it is what we’re doing.”

The cost of running the Teen Clinic was originally absorbed into the costs of the practice because MacKinnon “thought the potential benefit was so worthwhile”, she said. Since then it has won funding, not only through the APNA program and the local Primary Health Network but with grants from local groups like Rotary and Lions.

Four new Teen Clinics have now been opened up by other practices in the area and Campbell believes the model can and should be rolled out across rural and regional Australia.

“There’s a massive need in rural and regional areas around Australia for better access to youth friendly health services.”

She said the model makes efficient use of the Medicare dollar and utilises existing infrastructure and clinicians. If there are no patients on a Teen Clinic afternoon, the practice nurse just gets on with other work.

But she says all of the funding so far has been short-term and the model needs to have nurse training built in.

“It would be such a shame for a model like this to fall apart for an issue of ongoing funding,” she said. “it’s such an efficient model, there’s really minimal downtime if no-one is attending and the potential benefits to the community are huge.

“We would love some policy change that supported Teen Clinics and Teen Clinic nurses in regional towns, so they are funded for training and to provide the service.”

“These might be really lofty ideas but what a time in primary care to put youth services to the fore and show what nurse led services can do when they’re given a bit more autonomy,” she said.

The Teen Clinic and the Memory Health Support Service profiled in the previous Croakey article showcase new, innovative ways to deliver health care. But they also face shared challenges around funding, and about how much autonomy primary health care nurses are given in general practice and whether they can give rein to their full scope of practice.

According to this review of Australian and international models of nurse clinics in primary health settings, commissioned by APNA, nurse-led clinics result in “improved health outcomes, shortened waiting times for patients and decreased rates of hospital admissions”.

It says they are a particularly exciting model for areas of health workforce shortages and rural and remote areas.

Watch this interview with Meghan Campbell

Watch the promo video for the Teen Clinic

• See a host of case studies and ‘building blocks’ for Nurse Clinics at the APNA website.

PrevPreviousWalking for acknowledgement, healing and remembrance: CroakeyGo in Carnarvon
NextAnd here is the Budget reply speech that Bill Shorten should have givenNext