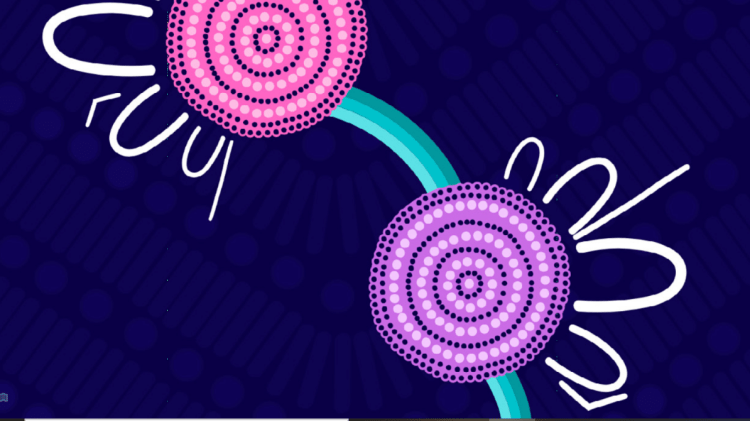 “Wake up, Australia, we have got a country to save”

A landmark discussion paper, launched by the Lowitja Institute at a COP26 side meeting on 5 November, calls for four key actions to ensure the voices and rights of Aboriginal and Torres Strait Islander Peoples are at the heart of efforts to tackle the climate emergency. Nicole MacKee reports.

Action on climate change is “extremely urgent” say Aboriginal and Torres Strait Islander health leaders, who are calling for First Peoples’ knowledges and rights to be central in efforts to mitigate and adapt to the climate emergency.

In a side meeting at the COP26 climate talks in Glasgow on Friday evening (AEDT), Lowitja Institute CEO Dr Janine Mohamed, a proud Narrunga Kaurna woman from South Australia, released a discussion paper on ‘Climate Change and Aboriginal and Torres Strait Islander Health’.

“Climate justice will affect us all, but some of us more than others,” Mohamed told the live-streamed meeting, Better Futures Australia meeting on Friday evening (AEDT).

She said climate action initiatives needed to be informed by historical truth-telling.

We need to learn it, accept it and commit to never repeating the wrongs of the past. This, for us, is climate justice, and it’s deeply linked to race relations in Australia.”

Mohamed pointed to the case of the ‘Torres Strait 8’ – highlighted in the report – in which a group from the low-lying islands of Zenadth Kez have lodged a complaint against Australia to the United Nations Rights Committee for breaching their human rights to culture and life for failing to address climate change. The islands are being impacted by sea-level rises of 6-8mm per year.

The discussion paper – prepared for the Lowitja Institute and the National Health Leadership Forum by the Healthy Environments and Lives (HEAL) Network and the Centre for Research Excellence in Strengthening Systems for Indigenous Health Care Equity (CRE-STRIDE) – was the subject of a recent roundtable discussion.

“Our discussion paper maps out clear calls for rights-based climate action, place-based adaption and mitigation, it has four high level calls,” Mohamed told the meeting. These are:

The report notes that, to date, Aboriginal and Torres Strait Islander perspectives have been “overlooked and undervalued”.

“This is despite the accumulation of traditional knowledge from sustainably adapting and looking after Country over millennia,” the report states.

“Climate change provides an immediate opportunity for ‘two-way seeing’ – weaving together of Aboriginal and Torres Strait Islander knowledges with Western science to inform mitigation and adaptation approaches,” the report says.

Mohamed told the meeting that the Lowitja Institute discussion paper development was led by Indigenous researchers.

“We would certainly like to see more evaluation and research done in this area, and more elevation of the solutions, which are in our communities,” she said.

One such place-based solution highlighted in the report is the work of Arnhem Land Fire Abatement (Northern Territory) Limited. The report notes that the Aboriginal-owned, not-for-profit company uses fire management for carbon abatement across around 80,000km2 of savanna Country in Arnhem land.

Addressing the meeting from Glasgow was Pastor Ray Minniecon, a Sydney Pastor and descendant of the Kabi Kabi nation and the Gurang Gurang nation of South-East Queensland.

Minniecon said he was disappointed in the Australian Government and its alignment with mining industries, which was on display at these critical Glasgow talks.

“The government here is supported by the mining industries and all these extractive industries; they have come here trying to show the world what they are doing, but this is a climate change conference, not a trade fair,” Minniecon said, noting that there was no acknowledgement by the Government of Aboriginal Peoples and what “we bring to the table”.

“We face a crisis here that is of enormous risk to our communities and we Indigenous People are at the forefront of all of these risks,” he said. “Wherever there is mining, there is pain and struggle for our people. We want to make that stop, we want to have a better say in our country, we don’t want to be patronised, and we don’t want paternalism either.”

Minniecon said it was important for Australians to “watch and observe” who the Australian Government was listening to in its response to climate change.

“In a first-world nation, we have third-world health outcomes, and we are the only nation with a colonial history whose constitution does not recognise its First Peoples,” she said.

“The current government dismissed what was offered by Aboriginal and Torres Strait Islander Australians as a gift to the nation, the Uluru Statement from the Heart. It called for voice, treaty, and truth.

“At Lowitja, we believe it’s time to go from laggard to leader, and to an Australia we can all be proud of.”

See all coverage of #IndigenousClimateJustice21 here.

This article is part of the #HealthyCOP26 series, which is being published in partnership with the Climate and Health Alliance. This article is also part of Croakey’s contribution to the Covering Climate Now initiative, an unprecedented global media collaboration launched last year to put the spotlight on the climate crisis. Croakey Health Media is a member of the collaboration, which was co-founded by The Nation and the Columbia Journalism Review (CJR), in partnership with The Guardian.