At the national rural health conference in Perth this week, I gave two presentations.

The first was about the opportunities that are rapidly emerging for under-served groups and issues (like rural and remote health) as a result of the digital revolution. A shift is occurring in the power relations between citizens and society’s most powerful institutions, such as government and the media, and it is (or should be) exciting times for those who weren’t well served by the old ways. The days of rigid, hierarchical information control are, hopefully, on the way out.

I have banged on about quite a few of these issues at Croakey previously so I won’t repeat that talk here, other than to say if anyone wants a copy, let me know and I will email it.

The second talk was about the potential of Twitter for rural health advocates. It was interesting that fewer people came to this presentation than the first one, but perhaps not surprising given that when the thousand-plus conference participants were asked how many were on Twitter, only a few raised their hands.

All of which reinforces my perception that too many people in public health still don’t appreciate the power of Twitter, and see it as something to do with trivia and gossip (which I’m sure it can be, but it can also be so much more than that).

So, as part of my ongoing “Twitter evangelism”, here is an abridged version of my talk. I’m also putting up this post because I promised conference participants to provide links to useful Twitter resources, and these are at the bottom of the post….

Explaining Twitter and how it works: as public health researcher Julie Leask suggested in this recent tweet, there is only so much you can tell. Best just to get in there, have a look around, and work it out, bit by bit.

1. It’s part of a broader revolution towards greater transparency, accountability and engagement by society’s powerbrokers, as exemplified by the Govt 2.0 movement.

2. Diversity and currency
It is not so many years ago that we were angsting about the lack of diversity in the media. Twitter is enabling a proliferation of voices and supports niche audiences and publications, such as this daily Twitter newspaper… 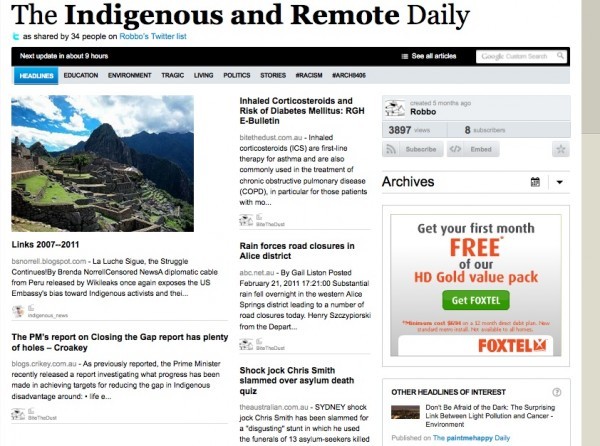 Twitter has also become an essential tool for keeping up to date with current events, from Libya to Christchurch, Japan and beyond.

3. Beyond dissemination
Sure, Twitter is great at disseminating news and views, but its real value in engaging audiences and enabling exchanges. You don’t just get to find out about a new report, you often get a comment from whoever is re-tweeting the report that adds some value, context and understanding.

4. The Pollyanna factor
We hear a lot about the downside of Twitter and related tools in spreading misinformation and nastiness. We don’t tend to hear as much about the other side – the incredible philanthropy that occurs with people sharing ideas, knowledge, resources etc. At the risk of sounding like a stodge, I also appreciate the politeness that I so often see in the Twitterverse.

5. The fun factor
I get more pleasure out of Twitter than most other information sources. It’s impressive how much humour, irony and humanity can be packed into 140 characters.

1. As a source of news and views

Below are three recent tweets that alerted me to new resources/developments that I probably wouldn’t have heard about without Twitter. 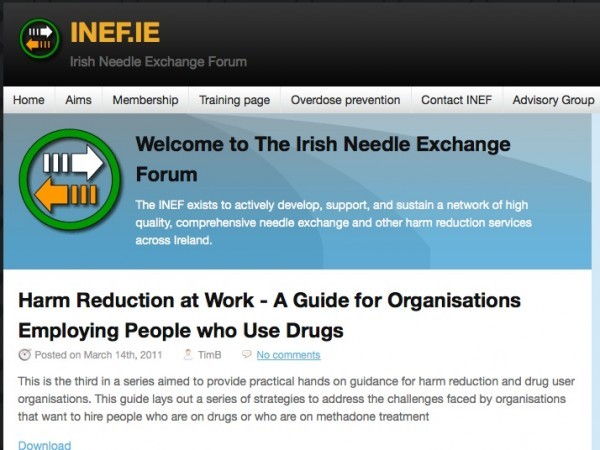 2. Breaking down silos and isolation

Twitter chat groups enable diverse contributors to come together and talk in a public space. There are Twitter chat groups around agricultural issues (#agchatoz), rural mental health (#ruralmh), and health care and social media (#hcsmanz), as per the excerpt below from the transcript of their most recent discussion. And no doubt there are plenty more such groups as well. 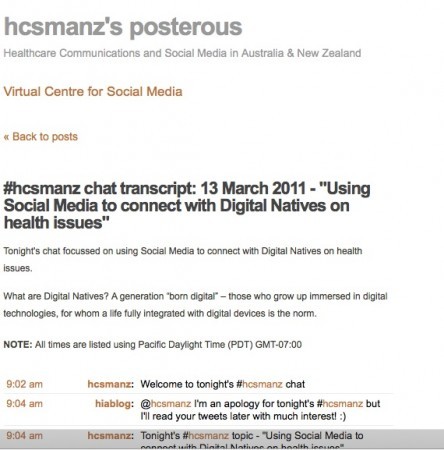 3. For networking and extending reach

This tweet was from one of the rural health conference participants. You could call it “user generated content”.

4. For dissemination and engagement 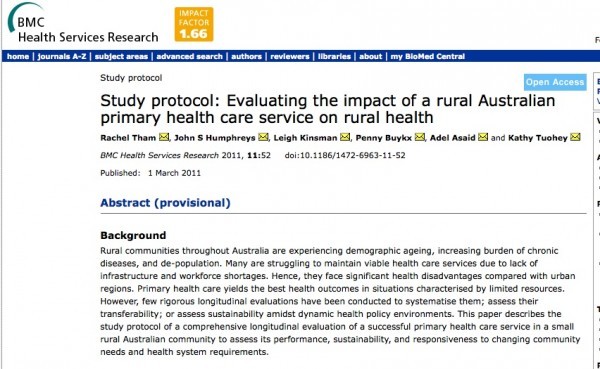 Again, I learnt about this community engagement exercise, in which the Walsall Council in the UK attracted a Twitter audience of more than 100,000, from one of my valued Gov 2.0 sources on Twitter, Craig Thomler. 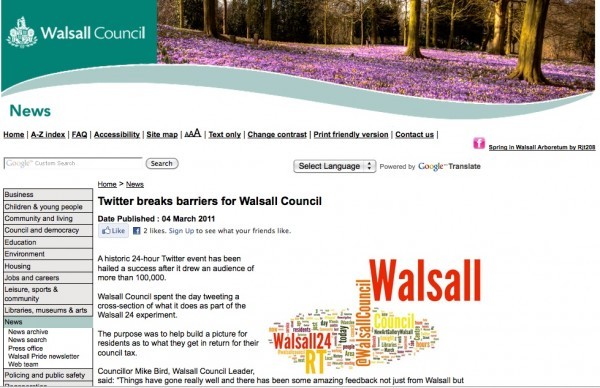 5. As a tool for advocacy

Some relevant tweets from the conference…

6. For emergency and disaster management

Unfortunately, we seem to be getting endless opportunities to see the power of Twitter in sharing news and information during times of disaster and emergency. This April 4 conference in Brisbane, on the role of social media in times of crisis, is timely. 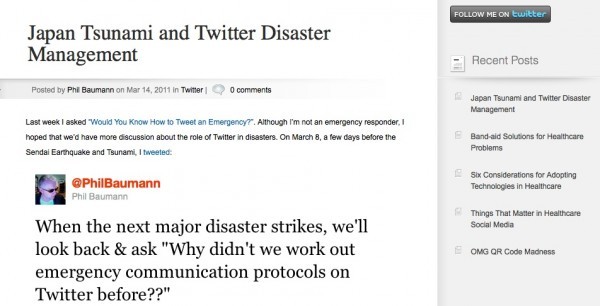 Sensible tips on how to write tweets

How to use keywords

A guide from the Atlantic

Reflections on Twitter from a New York Times writer

Tools to maintain digital sanity in the age of information overload

Be realistic in your expectations

More on how to lose your job on Twitter

Another cautionary tale for employees