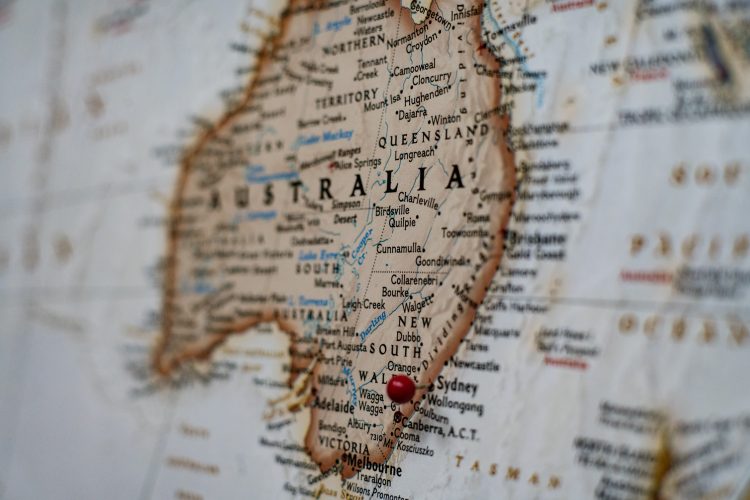 A disappointing week, but signs we are at least facing in the right direction

Introduction by Croakey: In a year dominated by the most significant global public health emergency in a century, Australia’s COVID recovery budget offered little for the sector at the forefront of the fight for the nation’s health.

The COVID-19 pandemic has shone a spotlight on Australia’s public health capacity, and some jurisdictions have been found wanting.

Yet, offered an historic opportunity to invest, the federal government has again kicked the can down the road in terms of prevention and public health, writes Terry Slevin for the Public Health Association of Australia’s blog, Intouch Public Health.

The Australian Government Budget for 2020-21 was finally released last week, after a delay of five months due to COVID.

What should Australia’s public health community think of it?

Let’s be blunt: this was a pretty hopeless Budget for public health and for future disease prevention for Australians. There are virtually no significant preventive health measures.

Relatively minor new funding for certain forms of (non-COVID) immunisation, some confirmed and some new money for suicide prevention and other mental health outcomes, and a small measure of increased funding for community-controlled Aboriginal and Torres Strait Islander health services, will each have some preventive health benefits.

The announcements of new health and medical research grants (a combined total of $424.3 million) are also welcome. Grants toward COVID-19 immune responses research are essential to assist with efforts in managing the pandemic. The funding for a large scale integrated public health pathogen genomics research program will also assist with responses to infectious diseases and antimicrobial resistance.

Increased investment for research into cardiovascular disease, tobacco control, mental health risks, Hepatitis C education and testing, reducing fall-related injuries in older people, and improving maternal and infant health in First Nations families are all positive. The funding for research into breaking cycles of intergenerational trauma and social inequity is also much needed.

The investment in a COVID vaccine, and in GAVI, to ensure low and middle income countries have access to a vaccine is very welcome. But as has been constantly pointed out, a safe and effective vaccine remains a hope – even expectation -that has yet to reach fruition. Important, however, that the budget allows for it.

But so, so much is overlooked in this Budget, and there is no overall health and wellbeing vision.

Indeed, by investing heavily in ever-increasing reliance on pharmaceuticals, the Budget risks further addicting our society to a sickness-and-treatment model of ‘health’.

Labor Leader Anthony Albanese commented that “this Budget leaves people behind.” He probably meant in economic terms, but perhaps the biggest sense in which we will leave them behind is if we leave them trapped in ill health for more and more of their lives.

Despite the theme of this whole year being the protection of our health – from bushfires, climate change and then the largest communicable disease event in a century, this Budget missed the moment.

The result will be more and more people left behind in terms of lifelong health, and in terms of health equity across the community.

While the PHAA supports the Government’s Budget measures to keep Australians’ incomes supported, and drive job creation to counter the COVID recession, the Budget has done little to build our nation’s resilience to meet inevitable future public health crises.

It’s terribly disappointing, that in this biggest-spending Budget in our history, most of the eggs have gone into the economic recovery basket, while urgently needed public health investment has largely been overlooked.

It’s not about health-vs-economic dichotomies; that’s a false framing of public policy-making which distracts from the real issues at hand. A sick society cannot be a vibrant economy. We’ve seen this year that any government which fails to adequately protect public health is failing to provide long-term economic management.

For years we have seen promise after promise for more attention to disease prevention – always ‘next year’.

After a year beset by a viral infection that can be controlled most effectively through preventive measures, it’s hard to believe that the Australian Government has not committed to greater investment in protecting the population’s health.

And let’s be frank that various measures labelled as being about preventive health simply are not.

While no doubt worthy initiatives, improving cancer care for people with breast, gynaecological and other cancers, providing assistance for thalidomide survivors, and clinical treatment for Victorians with Melanoma are not what we consider prevention. Labelling them as such adds to our frustration.

Australia has been caught short by a lack of previous investment and substantive preventive health policy going back for well over a decade. Spending on preventive health has continually sat at below two percent of nationwide health spending, with last week’s Budget continuing the pattern.

Billions are being directed toward funding more pharmaceutical drugs, yet there is almost no new investment in preventing the common chronic diseases which lead people to seek treatment. Things like smoking, obesity and alcohol are what make people sick in the first place.

In fact, our nation’s present meagre rate of 1.6 percent of national health spending directed to preventive health efforts will go down, as the nation spends more on treatment services, including a sharp rise in pharmaceutical use funded by this Budget.

Ironically, one genuinely preventive health measure in the Budget – the program addressing anti-microbial resistance – is about reducing the adverse effects of the overuse of medications.

On the other hand, we welcomed news that the Labor opposition was thinking about how to maximise Australia’s structural arrangements for the control of communicable and chronic diseases. Labor proposed the creation of a new national Centre for Disease Control, located within the Commonwealth Health Department. The proposed Centre would have three broad functions:

We understand more meat might be put on these bones in a major speech this week. We hope this will be a forward-thinking proposal to explore how best to protect public health in Australia. It is also a proposal which invites, even demands, non-partisan policy and collaboration between all parties with a mutual concern for the nation’s health.

But details matter here. The United States ‘CDC’ is actually titled the Centers for Disease Control and Prevention. First, note the plural of ‘centres’ – the US institution is actually several centres covering a range of diseases and approaches, not just communicable infections. Their institution addresses efforts for the prevention of chronic diseases such as cancer, diabetes and many others.

This is what we need in Australia, a broad-scoped institution with multiple goals to prevent a range of forms of disease in our society.

The nation’s overworked public health workforce, supported by the actions of the vast majority of Australians, have this year helped save over 16,000 lives, according to a recent analysis published in the Medical Journal of Australia.

But this Budget actually does nothing to recognise that effort, let alone train, retain, better equip and expand that workforce to face the challenges of the future. Overextended state public health teams see no support in this Budget.

Where is the funding for increased public health workforce capabilities, or a national independent agency dedicated to controlling infectious and non-infectious disease? What is the government doing to ensure we do better in future health emergencies? These are critical questions for all Australians who have witnessed the damage done by the pandemic this year.

One positive affirmation in the Budget was the Government’s stated commitment to a future National Preventive Health Strategy.

According to the Budget press release, the Government “is laying the foundations for long-term future investment in preventive health. Our National Preventive Health Strategy is a major part of our Long-Term National Health Plan. It is the key to improved health outcomes and a sustainable health system.”

That Strategy is under development now, and PHAA has actively contributed to its development. It is due early in 2021, which means it will come in time for the next federal Budget just seven months away, in May 2021. So that should be the government’s deadline for moving seriously on preventive health measures.

Labor looks well positioned to support the Government – should it get serious – in a bipartisan way, which would be an excellent outcome for the nation.

So, Budget week has, despite the Budget document itself being very disappointing, moved the debate on preventive health forward a few notches.

As a nation, we now know that health and wellbeing are what matters most to the community in a crisis. Political leaders need to follow their people on this. They will be rewarded for doing so.

In due course the states and territories will react to the federal Budget with their own COVID-response budgetary policies. Much of the public health heavy lifting in terms of policy, institutions, investment and workforces currently happens at the state/territory level.

Our nation’s campaign to address the long-term health of Australia must start immediately. The PHAA calls on all governments – federal, state and territory – to make the health and wellbeing of our nation, from both chronic and communicable disease, their number one priority in future budgets.

It seems we have little choice but to wait for another budget to see any commitment to investing in preventive and public health in Australia. Last week’s Budget, taken in isolation, certainly won’t help.

But backed by strong public opinion, political leaders seem to at least be facing in the right direction. They simply need to move more quickly.

This piece first appeared at the PHAA blog Intouch Public Health. You can read it here