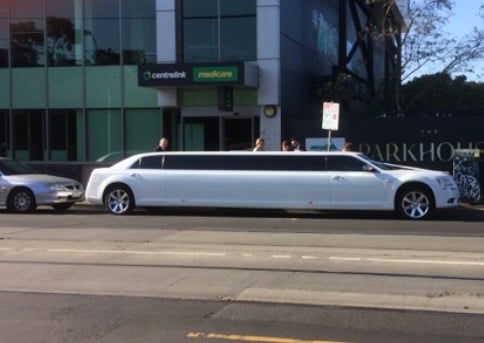 Basic income guarantee: this is a health issue!

The post below comes from Dr Tim Woodruff, rheumatologist and long-serving President of the Doctors Reform Society.

The intellectual stimulus for this article was the book ‘Utopia for Realists’   by Rutger Bregman. The emotional stimulus (tears and anger) was the movie ‘I, Daniel Blake’ directed by Ken Loach.

At first blush, the concept of supplying every adult with a basic income, whether or not they work, seems counter-intuitive and expensive, but, as you will learn by reading on, there is more evidence for the health and social benefits of doing this, than for the increasingly punitive measures applied to welfare recipients today.

And there’s evidence that, if done well,  a system of Basic Income Guarantee (BIG) could be no more expensive than our current system.

In 1970, conservative republican US President Richard Nixon introduced a health bill into the American Congress. It passed but was defeated in the Senate. He didn’t realise it was a health bill, nor did many of his fellow politicians. It was called the Family Assistance Plan, a guaranteed income for families with children, not adequate to bring the income up to the poverty line, but substantially more than was previously on offer.

It required the breadwinner to accept work if available. Thus it was targeted, conditional, and inadequate by itself to eliminate poverty, but it was a huge change in thinking from a conservative leader in the United States. It came with this impressive rhetoric

“Initially this new system will cost more than welfare, but unlike welfare this is designed to correct the condition it deals with and thus lessen the long range burden and cost.”

The health-income gradient and the failure of ‘welfare’

We know that health and poverty are inextricably linked, that health outcomes follow the income gradient, and that the basis for this association in wealthy countries with good health systems is not simply access to care, but poverty and its own associations. Thus the Nixon proposal was a health bill.

The famous Whitehall study of British public servants who all had similar access to the National Health Service demonstrated a clear association of income and therefore of position in the public service with health outcomes. Those most in control of their own lives lived longer and suffered less.

Because of concern about wasting taxes on welfare and about the so called ‘welfare trap’, we have developed a highly targeted welfare system in Australia, with a strong emphasis on mutual responsibility. Our efforts to identify any welfare ‘fraud’, accidental or intentional, have become more intense.

We continue to force people to chase jobs which don’t exist or which they could not do. We hound them with letters generated by computers and then make it difficult for them to question any charges against them. We demean them. We disempower them even further than their poverty or unemployment or mental or physical illness already does.

An alternative is needed. The concept of a Basic Income Guarantee (BIG) is not new. Thomas More wrote about it 400 years ago in his book Utopia. Variations of it have been advocated for centuries. Bismark’s social insurance in Germany has some elements of the concept. Nobel Laureate economist and free marketeer Milton Freidman advocated it in the form of a negative income tax (NIT).

Four trials in the 1960-70s in the United States used Friedman’s model (p 107-109). If the tax return indicated a low or no income, a tax rebate was paid as a monthly deposit to a bank. The size of the rebate declined slowly as income was earned, ensuring earned income led to an increase in total income. The largest of these four trials involved 4,800 families, and the amount given varied from 50 to 100 percent of the poverty level. There were no work requirements.

The alternative model to NIT is a cash payment. This was trialled in Canada in 1974, where 60 percent of the Low Income Cutoff (poverty level) was paid. For every dollar earned the payment was reduced by fifty cents. Analysis of results showed that even though only one third of the population ever qualified over the 4 years of the trial, high school completion results increased and hospital admissions decreased during the trial compared to the control group.

An even more simple model is one in which the cash payment goes to every individual adult and is not means tested. This eliminates any negative perception of being needy, because everyone receives it. For those who don’t need it, the money can easily be recouped by changes in taxation.

The Basic Income Earth Network established in 1986, defines a basic income guarantee (BIG) as “a periodic cash payment unconditionally delivered to all on an individual basis, without means-test or work requirement”. This doesn’t specify the level of the cash payment but the simplest and likely the most effective would be to make the level at or slightly above the poverty line.

Concerns about the basic income guarantee relate both to the benefits and the costs. The Canadian trial mentioned above, demonstrated both health and education benefits. Analysis of the effect of increased household income in the Cherokee Indian community as a result of distribution of profits of a Cherokee owned casino showed less criminality and improved education down the track. None of this is surprising.

But doesn’t it mean people won’t work as hard? The US trials referred to previously showed a definite decrease in hours worked especially in women and young adults. Is that bad? It isn’t clear from the data what they did instead of working so much. Were women spending more time looking after their families? Were young adults looking more carefully at work options and training?

Men reduced their work hours by about 6% but it didn’t appear that they were permanently unemployed. Rather, it appears they were spending more time between jobs. The sky did not fall in. Most people who can earn a little more than a poverty level income will do just that.

A basic tax free income guarantee of $22,000 (the poverty line at 50% of the median income for a single person) for every adult Australian (18 million people) would cost $400 billion a year. But the idea is not to increase the net income of millionaires by $22,000. It keeps it simple however, to give to everyone and recoup in taxes from those who definitely don’t need it. So the real cost is much less.

Only about 6 million Australians currently receive income support. Another 1 million or so have some funding from the Federal Government. Being generous, for 8 million to receive the BIG would cost $176 billion, almost completely offset by replacing the welfare budget of $150 billion. That would be abolished.

Removing the tax free threshold of $18,200 for the 12 million earning more than that would generate $41 billion. But anyone on a low income would still have a total income of more than $22,000.

Tweaking the tax rates on higher incomes would effectively remove the BIG from higher income earners. Provision for children would add to the cost. Reducing BIG for dual income households to a level which would reflect economies of scale, in the same way as pensions do currently, would reduce the cost.

Most Australians would not lose a cent. All Australians would be guaranteed a basic income, whether sacked, disabled, unable to find work, or simply unemployable. The NDIS and Medicare would continue unchanged. This is all possible.  Even the Productivity Commission thinks it’s worth investigating (p69):

“While Australia’s tax and transfer system will continue to play a role in redistributing income, in the longer term, governments may need to evaluate the merits of more radical policies, including policies such as a universal basic income.”

A bold move for health

If Australia introduced BIG we would have a system that almost eliminates poverty, thus appealing to those deeply concerned about the plight of the disadvantaged. We would also have a system which gives such people the genuine capacity to make their own decisions about what they do with their lives, which should appeal to those committed to individual responsibility.

This is a health issue. Medical groups of all types should think about how we might use our knowledge and concern about health to bring this issue to the minds and actions of our politicians.

* Dr Tim Woodruff is president of the Doctors Reform Society, an organisation of doctors and medical students promoting measures to improve health for all, in a socially just and equitable way.  On twitter @drsreform

PrevPreviousDiscourses and impact: how linguistic responsibility can help ‘Close the Gap’
NextTime to take action on soft drink consumption in low- and middle-income countries: JournalWatchNext