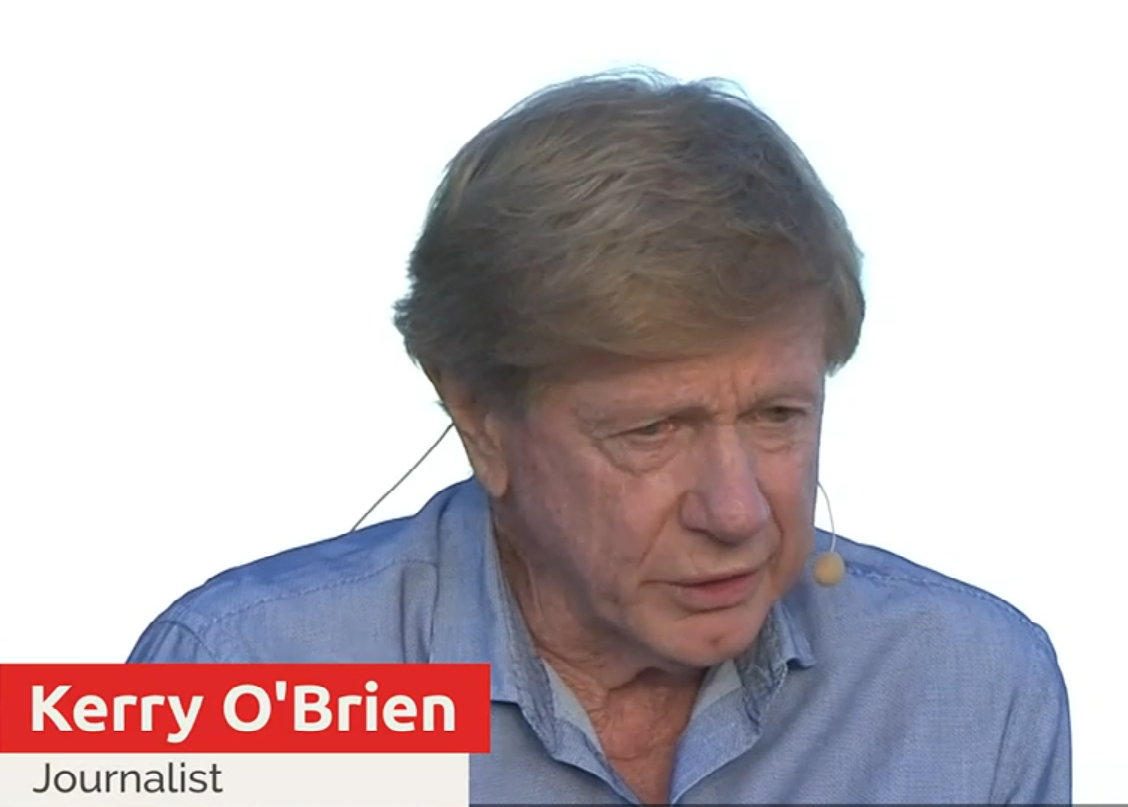 Journalist Kerry O'Brien has joined others in rejecting or returning Australia Day awards in protest at the honouring this year of Margaret Court. Screenshot from NITV broadcast.

Leading medical specialist Professor Caroline de Costa will return her 2014 Australia Day award in protest at the decision this year to give the country’s highest honour to tennis champion Margaret Court.

She is among a growing number of recipients to do so out of concern for the profound harm caused by Court’s homophobic views.

de Costa explains her decision in the post below.

In 2014 I was surprised and honoured to be offered the award of Member in the Order of Australia (AM) for my service to the reproductive healthcare of women, in particular Aboriginal and immigrant women.

I was also much humbled by the offer, as I had always felt that everything I might have achieved was only as a member of a team, both in the practice of medicine — in my case obstetrics and gynaecology, firstly in Sydney and later in Far North Queensland — and in efforts to advocate for women’s reproductive health rights and to change some pretty restrictive laws around these.

There were plenty of other people I’d worked with who seemed equally worthy of an award.

One major reason in my decision for acceptance though, was the fact that far fewer women than men have received one of these awards, at all levels. I was also very grateful to those people who had made the application for me, as I know this is a complicated and time-consuming process.

I accepted the award at a highly organised ceremony at Government House in Brisbane, in September 2014.

The venue looked splendid, with manicured lawns and banks of flowers.

My award was presented by the newly-installed Governor, Paul de Jersey; I was the first in line and he seemed a little nervous handing over my package of certificate and medals.

He told me I was the first recipient he’d given an award to. I told him I was his guinea pig, and he laughed.

I was allowed to take four guests and I invited my (late) partner, two of my daughters, and a dear friend since our medical school days together, a woman who for many years has lived happily in a same-sex relationship.

Once the awards had been handed out we had a very jolly time seated at tables on the lawns, drinking champagne and eating creamcake and strawberries while a military band played some rousing numbers. It was a very special day. 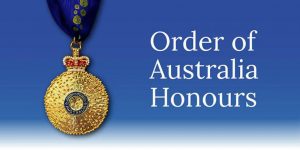 The framed certificate has hung on the wall of my Cairns office for the past seven years.

Over these years I have seen other members of the profession, and many people known to me outside it, receive similar awards, and I have been gratified that they too have been recognised.

This year, however, has been different.

Last weekend I, like the rest of Australia, learned that Margaret Court was to be elevated to become a Companion of the Order of Australia (AC) on 26 January.

She had already received the award of Officer (AO) in 2007, for her services to tennis.

Now she was to receive even more acclaim – our country’s highest honour and intended for ‘eminent achievement and merit of the highest degree in service to Australia or to humanity at large’, according to the Order of Australia website.

Only four such awards were made this year; by definition they are intended for extraordinary people and extraordinary achievements. But implicit in the wording is that recipients also demonstrate personal ‘merit’ and act as role models for young Australians.

Court was an absolutely outstanding tennis player, as I remember well from my childhood and teenage years.

But before 2007, and even more since, she has made homophobic statements that are hurtful and harmful to the people who are her targets, whether they are Australians or part of ‘humanity at large.’

While she has her defenders in the media who quibble about what was actually said on a particular occasion, she has repeatedly owned the statements, asserting that her ‘beliefs’ are ‘in the Bible’, and using her renown as a tennis player and as the recipient of the 2007 award as a pulpit.

As a medical practitioner with more than forty years of practice experience, and the mother of a gay son, of whom I am immensely proud, I am acutely aware of the pressure on young people — and some older —  who are coming to terms with their own sexuality and gender identity.

I know very well how criticism, both written and oral, can cause lasting damage to the health, mental and physical, of LBGTQI+ people of any age.

The old saying ‘words can never hurt me’ is simply not true.

Words can be barbs that lodge forever in a person’s mind and body. They can lead to attempts at self-harm and even suicide. No-one has the right to repeatedly utter misinformed abuse.

The granting of this second award by the Council for the Order of Australia sends a message from the Commonwealth Government that they are condoning and supporting her views, and this is how it has been interpreted by much of the general public over the past few days.

I was shocked and disgusted by the decision of the awards committee.

Also during the weekend I learned of the decision by Dr Clara Tuck Men Soo to return her award. Over several days I considered my own position and decided that this was an issue I had to take a stand on. On Tuesday morning, Australia Day, I wrote to the Governor-General informing him that I too was returning my award.

Caroline de Costa is Professor of Obstetrics and Gynaecology of the College of Medicine at James Cook University, Cairns Campus in North Queensland, Australia. She has 40 years’ experience in the practice of obstetrics and in obstetrics research, in particular obstetric epidemiology, and practised as a specialist obstetrician and gynaecologist for 35 years.

Professor de Costa has written and contributed to articles at Croakey over many years. You can read them via this link.

PrevPreviousHow do we counter COVID misinformation? Challenge it directly with the facts
NextInnovation at work: Community Control success stories at KatungulNext