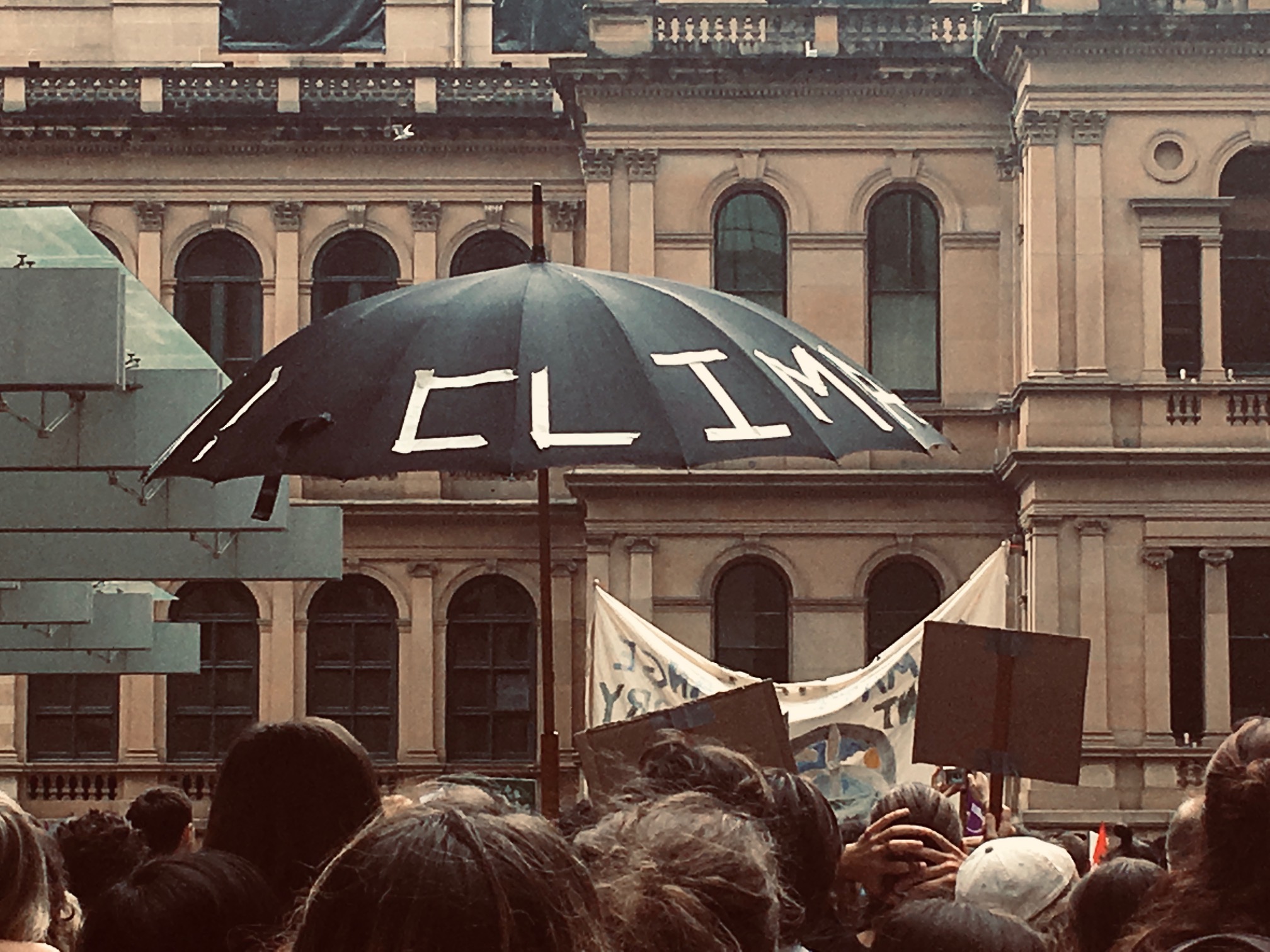 Climate: we're all in this together

Introduction by Croakey: One of the seven big things that struck Croakey correspondent, Marie McInerney when she attended the National Climate Emergency Summit recently, was the “broad coalitions” of attendees, sharing the common goal of effective action on climate change.

Political, cultural, generational and other boundaries should surely become less relevant in the face of existential problems – when it comes to the future of humanity, it seems Australians have much in common, despite the issues that have so often divided us.

According to the author of the post below, mental health researcher and analyst, Dr Sebastian Rosenberg, there are plenty of examples of Australians’ ability to think collectively, and to support policies and actions that promote the whole community’s good, rather than self interest.

He writes that plans for action on climate change should take this quality into account.

I wrote recently about how my summer had been affected by fire, smoke and hail.  My house is still under tarpaulin in Canberra.

As a country, Australia is floundering to organise itself to meet the challenges of climate change.  This is partly because it is complex.  It is partly because the issue has been so confused by politics that even simple policies like ‘make polluters pay’ seem impossible to agree upon.

But beyond the climate wars rhetoric, our current dilemma raises another issue for me – one about the values and philosophy which underpin Australian society.

For several decades the general narrative about Australia is that neo-liberalism has turned us all into atomised consumers.  Individual people and families, many working harder and harder to make ends meet, but basically doing this by themselves, for themselves.

Individualism has defeated collectivism. And as Paul Keating used to quote from his mentor Jack Lang, “In the race  of life, you should always back self-interest because at least you knew it was trying”.

But here’s the thing. I think there are several examples which point to this not being true.

While Australians’ faith in various government policies has been tested over time, there is one standout exception – Medicare.  The vast majority of Australians support Medicare and can see the eminent sense in collective public health insurance.

There is almost no support for American-style, individualised private insurance arrangements.  Not only do Australians support Medicare, many of them wonder why teeth are excluded from these arrangements. Expensive Government support for private health insurance has failed to make it more appealing.

A bit like the organisation of Defence, it makes much more sense for us to share resources for common good than for each of us to take up arms.  The public’s support for Medicare was made clear by professor of health policy, Jim Gillespie, in a piece he wrote for The Conversation in the lead up to the last Federal election.  The key message was don’t mess with Medicare.

By way of contrast to Medicare’s universalist pretensions, look at the National Disability Insurance Scheme (NDIS).  A program of similar bold and truly national intent, the way the NDIS operates in fact fits well with the atomised, neo-liberal approach.  The rhetoric of autonomy, choice and control permeates the scheme and in mental health at least, this has led to a deal of chaos.

Previously block-funded organisations with specialist psychosocial skills are leaving the business, unable to offer even annual contracts to employees.  It’s been estimated that only 64,000 people will eventually be covered due to psychosocial disability under the NDIS.

These people have very complex needs typically, but must find their own care once they are funded and if there are any service providers left.  And who knows what will happen to those excluded.

I think the sports rorts affair also taps into this issue.  You can’t play sport by yourself.  You play in clubs, in teams, with friends.  While many Australians might not be surprised to learn of problems or irregularities with government funding programs, the idea that the Government manipulated communities through the sports grants funding program upsets our notion of fairness and equity.

Sport is something we do together.  Additional anger has flared because sport and the opportunities for communities to come together to share experiences are rare and precious.  They deserve respect and nurturing, not manipulation.

The collective good in action

This tension between what should be individual and what should be collective plays out again in relation to integrated community mental health care.  Complex problems typically require teamwork.  The Government has recently provided new rules under Medicare, enabling a young person with an eating disorder to see the same solo health professional 40 times.  This may be generous but it may not be effective.

Evidence indicates a person with this kind of complex problem may well need a team comprising a nurse, a general practitioner, a dietician, a psychologist, a psychiatrist, allied health, a peer worker, someone to keep the child connected to school, someone to help the family and so on.

This kind of care requires not only collective action, but also planning and coordination.

Fee for service is administratively simple and popular with many professionals.  But it probably does not provide the best care where there is complexity.

One of the most successful community mental health interventions in the world was in Trieste, Italy.  A key part of this reform, was predicated on the local community valuing having people with a mental illness live next door. It was handy for the elderly who felt lonely and isolated.  It was welcomed by people with mental illness because they did not have to live in institutions.

Which gets us back to climate change.  Addressing this matter requires action on many fronts – economic, environmental, housing, social, health and more.  Unavoidably, the climate is something we share.  It wasn’t like the rich had better air in Canberra than the poor over the summer. We all choked.  The rich may be able to mitigate the impacts better, but for how long?

Medicare (and indeed the Pharmaceutical Benefits Scheme) is a clear demonstration of the Australian public’s enthusiastic support for collective action.  We all pay, in proportion to what we earn.  We are all covered.  I realise this is simplistic, particularly if you don’t live in a city.  But you get my drift.

Medicare is just a funding scheme.  So is the NDIS.  Neither of these make communities.  But they are emblematic of the type of community we wish to be.  We could just live in our houses.  But generally, most of us want to live in our community.  To play sport together, to participate in theatre, or walk in the bush. This is how we get joy. This is what makes life worth living.

Climate change provokes us to consider the extent to which we really are all in this together. Can we build on the unequivocal support for a collectivist policy like Medicare and apply it to climate change? Medicare has meant Australians now feel a right to decent health care in the same way most Australians would feel strongly about their right to clean air and water.

How can we make life without an effective response to climate change seem unimaginable?  Australians love their neighbourhoods and their communities. Why wouldn’t they?  This is a great place. We need to use this.