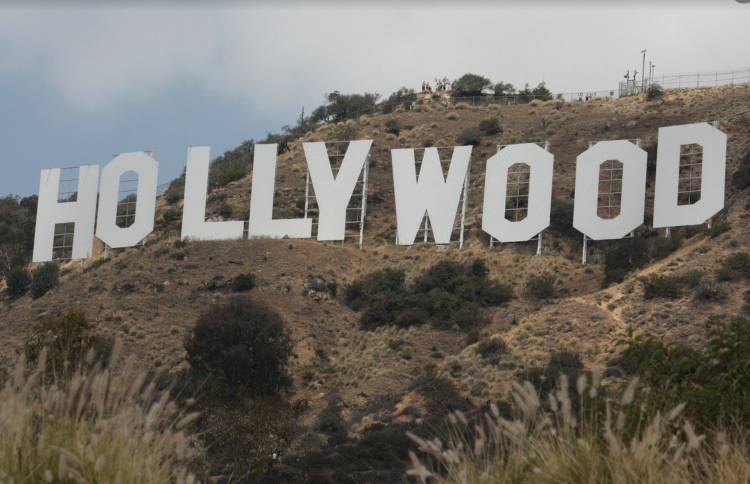 Introduction by Croakey: A recent proposal from Private Healthcare Australia (PHA) to criminalise split medical bills has drawn strong criticism from an expert in this area, together with a warning about the dangers of giving private health insurers control over medical billing.

As a lawyer specialising in medical billing compliance, a registered nurse, founder and CEO of a medical administration company, and with a PhD on the topic of Medicare billing and compliance currently under examination, Margaret Faux is uniquely placed to analyse the PHA’s proposal.

In the piece below, she outlines the multiple legal, administrative and policy reasons why we should not go down the path of criminalising doctors who issue split bills. She also provides some useful international context from her experience with other countries’ health systems and highlights lessons from Australia’s pre-Medicare experience which should inform our approach to this issue today.

The peak body for the private health insurance sector, Private Healthcare Australia (PHA), has released a discussion paper on surprise medical bills which proposes the introduction of criminal offences for split billing.

A split bill is broadly defined as when a consumer receives more than one bill for the same service.

Split billing is usually legal, but sometimes not, such as when a no-gap claim is issued to the patient’s private health insurer and a simultaneous charge of say $1000 is issued to the patient for the same service, the $1000 being recorded on a separate software system (from the system used to claim funds from the private health fund) so it remains hidden to health funds and Medicare.

Consumers should not have to pay the bills of doctors and others who engage in this egregious and illegal conduct, but the PHA’s proposal to criminalise surprise split billing, is either a strategic move to bring about the abolition of Medicare, or its proponents are in la la land.

To understand why the PHA’s proposal would not work it is important to first understand the situations in which doctors may issue spilt bills and how these are treated by Medicare and private health insurers.

The problem of OOPs (whether surprise or not) is complex, deeply structural, and therefore devilishly difficult to solve. Unfortunately for PHA, even abolishing Medicare will not solve this wicked problem and nor will the imposition of criminal sanctions.

One major reason why doctors continue to issue split bills is that medical billing is profoundly complex. Medical practitioners are never taught how Medicare works or how to bill correctly and may be struggling to navigate complex legal requirements that have become labyrinthine.

The High Court has confirmed in numerous cases, that the relationship between a privately practicing doctor and a patient is a contract, governed by general principles of contract law.

Medicare even advises doctors to issue split bills as follows:

While it may sometimes be unethical, there is usually no legal barrier to doctors charging separately and issuing split bills for the clinical and non-clinical services they provide. An exception is doing this when simultaneously bulk billing – that is clearly illegal.

The private insurers are wrong to claim that the fact that some split bills are not seen by them or the government means there is an intention to deceive. Often it is not only legal but an express requirement of correct Medicare billing.

“Known gap” billing is one very common form of split billing, that is used predominantly when patients have surgery. Under “known gap” rules, usually $500 extra is permitted to be added to a no-gap claim which is then sent to the patient’s private health insurer for payment. This sounds simple enough but a sneak peek inside the digital medical billing world demonstrates how complex it can be in practice.

For a start, individual health funds deal with these payments in different ways.

Bupa’s approach is to reject a claim outright if it is even one cent above their no-gap rate.  This means that there is no way to add a known gap amount to the claim without issuing a split bill.

This wreaks havoc with accountants because the balance cannot be receipted because it wasn’t paid, and to receipt it would breach Australian accounting requirements.

So, the only way around this is to write off the unpaid balance and issue a…wait for it…split bill, and send it to the patient to pay.

This effectively duplicates the known gap amount, billing it once to the private health insurer to deliver the transparency they desire, but then writing it off because they don’t pay it.  Then the doctor has no option other than to issue a bill for the known gap amount a second time on a separate invoice to the patient, so that when the patient pays it, there is a correct invoice to receipt against.

This bloated, inefficient, administrative process has led to a common practice whereby a no-gap claim is submitted to the private health insurer, and a separate split bill is issued to the patient, with a note on the patient’s informed financial consent (IFC) telling them what is going on.

No-one is deliberately trying to deceive anyone in this process, it’s just the way it is.

In addition to the online claiming environment not being fit-for-purpose, MBS rules at the item number level can also frustrate genuine attempts to inform patients of fees in advance.

Here’s a real example from my role as a CEO of a medical billing company:

Dr A provided full IFC for a hernia repair operation. He quoted a fee slightly higher (not egregious by any measure) than the gapcover arrangements offered by the patient’s private health insurer. This would therefore be processed as a patient claim that the patient agreed to pay.

A multiple procedure rule treats two operations as one for billing purposes, and because Dr A had already billed one hernia one way (and the patient had paid a deposit), it was not open to him to bill the second another way.

He then asked if we could bulk bill the second hernia. Nope, can’t do that either. The only option was to call the patient, explain, issue a split bill at the bulk bill rebate amount, and once paid, submit the claim to Medicare on the patient’s behalf, resulting in a net zero additional OOP for the patient.

Dr A decided to just leave it and not be paid for the second hernia.

Stories like this are not rare. They are just grist to the mill for doctors and those who administer their medical bills. And if surprise split bills become a crime, consumers can expect their already intolerable OOPs to rise, because doctors will have no option other than to mitigate the risk of criminal liability, by pricing as if every operation will deliver surgical surprises like a second hernia.

Is criminality a proportionate response?

The appropriate authority to determine whether surprise split billing is deserving of a criminal response is the Australian Law Reform Commission (ALRC). A 2020 report of the ALRC into corporate criminal responsibility provides useful insights into how the ALRC may respond to PHA’s proposal.

The report found there had been:

An unsophisticated response, such as simply initiating more criminal prosecutions against corporations, is not the solution…The ALRC has examined the…proper role of the criminal law.”

Many Commonwealth corporate offences do not reflect any underlying concept of criminality. Many offences are duplicative of equivalent civil penalty provisions. Criminal offence provisions should only apply to the most egregious corporate misconduct. All other misconduct should be subject to civil penalties instead.”

Given the structural problems just described, which may entrap doctors into guilt, and the fact that PHA has presented no evidence of why a criminal response rather than a civil penalty is appropriate and necessary, it is unlikely the ALRC or any member of the legal profession, especially those working in the area of criminal law, would support criminalising surprise split bills.

All the PHA’s proposal would do is clog up our already over-burdened criminal courts with cases that don’t belong there, and are impossible to prove to the requisite criminal burden of proof – beyond a reasonable doubt.

PHA’s report also mentions the civil conscription caveat (CCC) in section 51(xxiiiA) of the Australian Constitution, correctly suggesting its proposal would not offend this important provision that enables doctors to charge whatever they like.

But the relevance of this inclusion is unclear, because even if the CCC was removed from our constitution via referendum (enabling Medicare to be abolished), evidence suggests the problem of surprise bills and high OOPs would not improve, but would worsen.

Prior to the 1975 introduction of Medibank (later Medicare), Australia’s voluntary, private health insurance arrangements were not built on the CCC, so we already know what this looks like.

Back then, one in five Australians had no health insurance and the voluntary private market had become too complex for most people to understand, triggering the establishment of Medibank. The authoritative record on the introduction of Medibank noted:

By the mid-1960s the limitations of Australia’s voluntary health insurance scheme were starting to be felt. The financial growth of the health insurance funds contrasted with growing dissatisfaction with rising contribution rates and gaps in coverage. Though few were aware of it, the time was ripe for health insurance to become a major public issue.”

When Australia’s health system was previously in the hands of the private market, policy premiums were high, coverage was low, and citizens were paying increasingly higher OOPs, with one in five Australians having to pay for everything, none of which was attributable to the CCC. The introduction of Medibank improved the lives of all Australians immeasurably.

As someone who has processed medical bills in countries with wholly privatised health systems, the hidden fees, surprise bills and OOP problems I have personally seen are much worse in those countries than we see in Australia.

An enduring positive legacy of Australia’s original Medibank scheme is that we at least have a centralised, government controlled, partially effective, medical billing rules system, which auto-adjudicates and bounces some incorrect claims.

Doctors then become exhausted by increasingly incomprehensible administrative burdens, ignore the rules because there are too many and they have too much clinical information to keep up with, which leads to hidden fees and surprise charges being added everywhere.

PHA ignores these factors when it erroneously states that ‘the nature of the practice [split billing] is to deceive’.

The bottom line is that a health financing system is like a balloon filled with liquid Gross Domestic Product, and no matter where and with what amount of force you push or press it to try and control the contents, it just bulges somewhere else.

This is not to suggest that criminal penalties are never appropriate – sometimes they are. But generally, a balanced and proportionate approach to each specific problem is more likely to succeed.

PHA’s proposal to criminalise surprise split medical bills is an ill-conceived, non-evidence-based overreach. The solution to this problem does not fit within the ‘proper role of the criminal law’.

Further, before suggesting patients dial 000 when they receive a surprise split medical bill, PHA would do well to first get its own house in order, by speaking to its members about enabling transparent billing practices, and upskilling and improving its own literacy on the profound complexity of daily medical billing administration.

Consumers must of course be protected from surprise medical bills but there is much we can do to achieve this important, unified aim without incarcerating doctors.

More than six years after a “revolutionary” health reform was announced, what have we learnt?