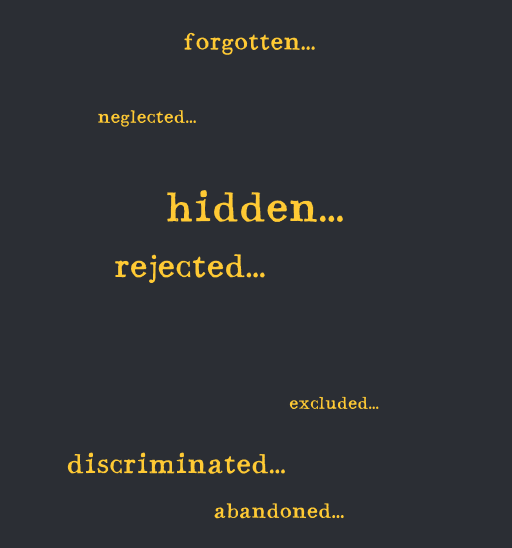 CripCroakey: high time for political will & progress on the National Disability Strategy

When it comes to disability policy in Australia, all eyes are on the National Disability Insurance Scheme.

But, as El Gibbs reveals in her first #CripCroakey post below, the success of the NDIS relies on the less well known National Disability Strategy, which is running behind schedule and seen important targets slip away because of changing priorities of governments of different stripes. 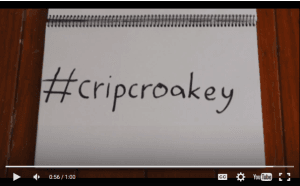 Disability was seen as something to be fixed, cured, improved; peoples’ bodies not their own. This medical model of disability said that people with disabilities were broken, that their impairment was what is disabling and that the priority of public policy must be to remedy this.

Disabled activists worked hard to change these old ideas of disability, with the social model of disability emerging to push back on this idea of ‘brokenness’. Here, what is disabling is the stairs at the train station, or discriminating attitudes, or not having access to the right supports to have a shower or go to work. This social model puts the onus back on society as a whole to change, rather than seeing the disabled person as needing to be fixed.

People with disabilities have over the last few decades come out of the shadows and are taking their rightful place alongside everyone else. Policies that once meant that children were locked in institutions now call for early intervention therapies and mainstream schooling. The built environment became more accessible and laws were passed that are meant to protect against discrimination.

Disabled people now have a right to access the same services as everyone else, but how much of this change is reflected in public policy to do with disabled people?

In 2009 the landmark Shut Out report laid bare the stark realities of life in Australia for many people with a disability. The report came from work done by the National People with Disabilities and Carer Council, a rare coming together of people with disabilities, unions, carers and service providers to try to find common ground and be hopeful about achieving real change.

The Shut Out report collected stories of exclusion from a huge range of services other Australians take for granted, like education, work and recreation. Through extensive consultation, people with disabilities and their families emphasised that they wanted:

“a transformation of their lives. They want their human rights recognised and realised. They want somewhere to live, a job, better health care, a good education, a chance to enjoy the company of friends and family, to go to the footy and to go to the movies. They want the chance to participate meaningfully in the life of the community. And they are hopeful. They desire change and they want others in the community to share their vision.”

Story after story was told about how people with disabilities didn’t have access to the disability supports they needed, but also to mainstream services, such as health care.

“More than 29 per cent of submissions identified problems with health care. At consultations across the country many people passionately argued that the gaps are so considerable and care so compromised that people with disabilities experience not only a poor quality of life, but also threats to their very lives. These participants strongly argued that poor health care is contributing to a reduced life expectancy for people with disabilities.”

The National Disability Strategy (NDS) was developed in response to these stories, and is meant to drive change across all levels of government and across all public services from 2010-2020.

It was developed within the framework of the UN Convention on the Rights of Disabled Persons, bringing a human rights perspective to disability policy that says that people with disabilities have the right to participate in broader society.

The NDS commits, for the first time, all Australian governments to a process of change. It has clear reporting goals and timetables, with a high level progress report due every two years and regular reports on achievements.

However, few if any of these reports have so far been made public and the Department of Social Services (which has carriage of the Strategy) has told #cripcroakey only that they are coming “shortly”.

But now even these small steps forward are in danger of stalling, with key milestones being missed, and confusion about responsibilities and progress. At the same time, the National Disability Insurance Scheme (NDIS) is rolling out, not within a broader policy framework, but in isolation, meaning people with disabilities will miss out, yet again, on the same services other people take for granted.

The NDIS was developed to respond to specific shortfalls in disability services, such as aids and equipment and support at work and home, but was very clearly not intended to fund broader accessibility issues. In the NDIS regulations, for example, the health needs of people with disabilities are to be met by the health system with the NDIS not responsible for:

(b) other activities that aim to improve the health status of Australians, including general practitioner services, medical specialist services, dental care, nursing, allied health services (including acute and post-acute services), preventive health, care in public and private hospitals and pharmaceuticals or other universal entitlements; or

(i) where the predominant purpose is treatment directly related to the person’s health status; or

(ii)provided after a recent medical or surgical event, with the aim of improving the person’s functional status, including rehabilitation or post-acute care; or

The NDS was intended to provide incentive for change in mainstream services at the same time that the NDIS began to roll out, providing complementary but different systemic change that would mean that people with disabilities could start to participate in mainstream Australia. Without this broader structural change, the NDIS will only be able to make change at an individual level, which is important but can’t make social change possible.

Health of people with disabilities

The Strategy covers areas such as education, transport and housing, but for this #cripcroakey article, I want to look at the specific part of the NDS that talks about health and wellbeing.

The NDS recognises that people with disabilities “are among the most disadvantaged and invisible groups in our community with comparatively poor health status and a health system that often fails to meet their needs.”

Its key goals on health and wellbeing are:

These benign sounding policy outcomes disguise serious inequities in the current health system for people with disabilities. A 2012 Research Summary from VicHealth showed that people with disabilities are more likely to smoke, have less access to exercise and die at a younger age than other Australians. Fewer women with an intellectual disability have mammograms or are screened for cervical cancer.

“Aboriginal people with mental and cognitive disability are forced into the criminal justice system early in life. Coming from poor and disadvantaged backgrounds, they receive little support from community and disability services or the education system.”

The next #cripcroakey article will examine this in detail.

People with intellectual disabilities also miss out on decent healthcare. Those who live in institutions or group homes can die up to 25 years sooner than other people. The New South Wales Ombudsman 2015 report into reviewable deaths found, on average, the people who had lived in ‘disability services’ were 55 years old when they died, and the assisted boarding house residents were 59 years old. Some of the key issues identified were staff calling their manager, rather than 000; inadequate training for staff; not taking action to get urgent medical help and people with respiratory illness or chronic obstructive pulmonary disease never seeing a specialist.

Given all this, it is not surprising that people with disabilities have higher rates of hospital admissions. In their submission to the NSW Health Plan, National Disability Services (the peak body representing service providers) said that “people using disability services and HACC (Home and Community Care) services make up about 20 per cent of the total hospital cost in NSW.”

National Disability Services highlights the gaps between the disability support system and the health system that people with disabilities can fall through.

“The unfamiliar and noisy environment of the hospital for anybody, let alone people with sensory and intellectual disability or mental illness, can cause confusion and distress. Therefore, the importance of support from people who have an appreciation for the challenges faced by people with disability cannot be overstated.”

This is why the Strategy is so important – changes to hospitals, staff training, public health strategies and are all integral to making sure that people with disabilities are able to be part of the mainstream health system. Without the goals and commitments of the NDS, what is going to make sure this happens?

Next steps for the NDS

One of the flaws in the design of the NDS has been the linking of progress and reporting to specific health policy processes that have proved vulnerable to a change in government. For example, the NDS recommends that all future National Healthcare Agreements include specific disability-specific outcomes, but these agreements have been scrapped. So what happens to the NDS component of them?

The same applies for the public health components of the NDS that specifically call for the overt inclusion of people with disabilities in any program developed to reduce chronic diseases, yet with the abolition of the Australian National Preventative Health Agency, these NDS proposals have also disappeared.

This is why it is important for the NDS to grow and evolve beyond these kinds of specific policy outcomes and become integrated in all levels of government policy. A commitment to improving the health outcomes for people with disabilities shouldn’t be brought unstuck by a change of government or political whims.

So what progress is (not) being made?

The 2012 report to COAG sets out clear timelines for all levels of government to make some kind of headway at fixing the inequities faced by people with disabilities. There was to be an evaluation of the first part of the Strategy in 2014, which hasn’t been released, then the second report, which was to be titled ‘Driving Action 2015-2018’, was due sometime in 2015, with the next part of the NDS due to start at the beginning of 2016. Various groups have made submissions and trusted that commitments that had been made and signed off by all levels of government would be kept.

At this stage, there is no sign of either report which casts doubt on the future of the NDS. A spokesperson for the Department of Social Security told #cripcroakey in September that:

“The strategy’s second implementation plan will be developed by the Commonwealth in partnership with States and Territories and is scheduled to be finalised in late 2015. The first progress report will be submitted to the Council of Australian Governments by the Disability Reform Council shortly. It will then be available on the Department’s website.”

The Department this week said it was unable to provide any further updates.

You can track the #cripcroakey series here.

Croakey acknowledges and thanks all those who donated to support #cripcroakey

Top feature image comes from the 2009 Shut Out report

PrevPreviousMaking dentistry part of Medicare: an impossible dream?
NextWishing you a challenging and mind-altering version of Kitchen Cabinet for Christmas lunchNext