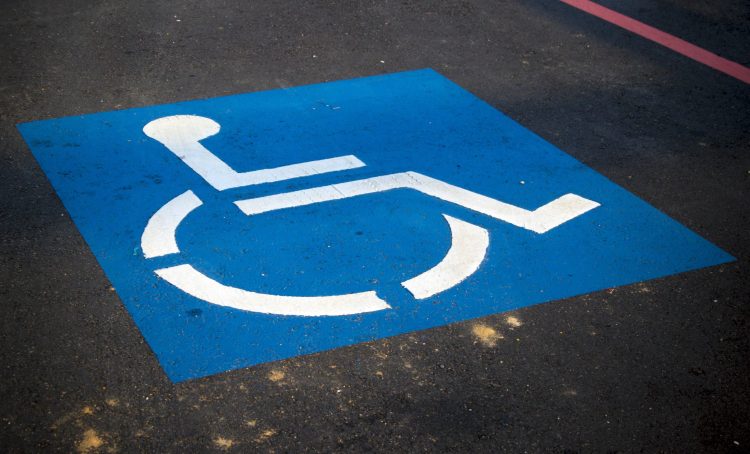 The pandemic has taken a hidden toll on people with a disability. Image by Gino Crescoli from Pixabay

For people with disability, the pandemic has brought hardship and neglect, Commission hears

Despite the refrain throughout the COVID-19 pandemic that ‘we are all in this together’, the Royal Commission into Violence, Abuse, Neglect and Exploitation of People with Disability last week revealed the many hardships encountered by people with a disability over the past six months.

The Commission heard evidence on Friday that, as of 13 August, 76 National Disability Insurance Scheme (NDIS) participants had contracted COVID-19, and eight of these people had died.

Below is Croakey‘s wrap of some of the key moments and commentary from last week’s hearings.

“What are we to make of the message to keep physical distance when this is impossible? While I appreciate the importance of imploring healthy, young people to follow rules to protect elderly/unhealthy loved ones … this can feel marginalising, strongly compounded by some of the early statements internationally that those at risk were going to die anyway.”
Dr Kirsten Harley, 51-year-old woman with motor neurone disease (MND).

The Royal Commission into Violence, Abuse, Neglect and Exploitation of People with Disability, which was established in April 2019, last week turned its attention to the impact that the COVID-19 pandemic is having on people with a disability.

In his closing remarks, Chair Ronald Sackville AO QC said the hearings had shed a “piercing light” on the impact of the pandemic and associated stringent measures to contain it on people with disability.

He said the pandemic had exacted a “terrible”, and largely hidden, toll on people with a disability. He said:

We have heard people with disability experiencing the sudden loss of essential support services, an absence of clear and consistent information in accessible form essential to their health and wellbeing; an inability to access health care, personal protective equipment and even the basic necessities of life such as food and medication; we’ve heard of isolation from the community, from friends and family and from social networks; exposure to a heightened risk of domestic violence; stress and anxiety associated with exposure to the virus; inadequate measures for the protection of people with disability, and uncertainty about how to survive in the face of disruptions to care and essential services, sometimes leading to worsening mental health.”

The Commission heard evidence from Dr Kirsten Harley, a 51-year-old woman who was diagnosed with motor neurone disease (MND) in 2013.

Harley, an academic at the University of Sydney, is unable to move or speak and has been on a ventilator since having a tracheotomy and laryngectomy in 2018. She lives with her supportive family – a husband and teenage daughter – and has a team of 10 support workers who are rostered to provide care over four shifts per day.

“In effect, our household contains 13 people, 10 of whom spend time in at least one other household, and some travel to other workplaces, and interact with other families and carers. This continued even when social distancing restrictions were at their strictest,” Harley said in her witness statement to the Commission.

“If any of these people were infected there is a high risk of it spreading to others, including me. Three of my carers have taken (unpaid) time off and been tested at the first sign of mild symptoms. Some others have assured me that their sniffs and throat clearing are a result of hay fever or sinus issues. I have to hope they are right.”

Harley said that sourcing personal protective equipment (PPE) for her carers was challenging in the early days of the pandemic. While the carer agency had told Harley that PPE was not necessary for her carers, Harley’s GP advised that carers should wear masks.

Sourcing masks and other required consumables was problematic and expensive, Harley said.

“There have been disruptions, delays and shortages to some items we normally use, including other PPE, disinfectant, hand sanitizer and paper towels, as well as some less obviously related to COVID-19, such as Sorbolene moisturiser (for skincare) and Gaviscon (to protect my oesophagus).”

A further concern, said Harley, was access to treatment should she require acute care during the pandemic – when resources may be stretched – or if she was to contract COVID-19.

“What would have happened if my November 2018 episode of pneumonia and carbon dioxide narcosis happened to me or someone else with MND in the midst of the pandemic? Would/could our lives have been saved? If I was diagnosed with COVID-19 would I have the care needed to deal with my disability on top of treatment for the virus?”

Sackville said there had been “no shortage of criticism of the Commonwealth’s responses in certain respects, but also recognition of some good work that has been done, even if sometimes that may have been a little belated.”

In presenting evidence to the Commission, Simon Cotterell, Assistant Secretary from the Department of Health, said that while the Commonwealth’s COVID-19 emergency response plan was prepared quickly, conscientiously and under “great pressure”, it was an omission to not specifically mention “disability”.

“The word ‘vulnerable groups’ is used. I think the intention of using that language in that context is vulnerability to the virus, whether it’s exposure or severe impacts of the virus and via that mechanism, people with disability would be covered,” he said.

“But I think it is an omission that they weren’t specifically mentioned and in a number of places it would be useful for people with disability to have been mentioned.”

Disability activist and writer El Gibbs said in a tweet that in March she, along with others with a disability, had raised the alarm about the emergency response plan failing to mention people with a disability (as reported by Croakey at the time).

The Commission also heard from Dr Nick Coatsworth, Deputy Chief Medical Officer, who acknowledged that the Commonwealth did not collect data on people with disabilities who have been affected by COVID-19.

“The nature of disability and people identifying with disability is such that that group was considered when it was put to the Communicable Diseases Network of Australia to be so heterogenous in terms of risk or vulnerability to COVID-19, that the inclusion of disability within the NNDSS itself would not have had a material impact on our ability to immediately control the pandemic within the early phases of the COVID-19 pandemic,” he said.

“That is certainly not to say that it is not important to collect data on the effects of COVID-19 on people with disability. It is simply to illustrate why it is not in the headline data obtained by the Commonwealth National Notifiable Diseases Surveillance System.”

Professor Anne Kavanagh, Director of the Disability Institute at the University of Melbourne, raised concerns about access to information and testing during Melbourne’s second lockdown.

“What Melbourne has shown and continues to show is that you can’t have a one size fits all approach,” she said. “It’s all very well to produce easy read material and … put it on a website, but that doesn’t mean that someone’s going to get it, and so I was deeply concerned that people weren’t actually getting the information they needed.”

There were also concerns about the accessibility of testing, recognising that some people would be unable to attend a testing site.

“We’ve now seen only in the last week or so, the possibility of in-home testing,” she said, adding that saliva testing doesn’t seem to be popular.

Kavanagh said  her group, the CRE in Disability and Health at the University of Melbourne, had raised concerns early in the pandemic about a coming “perfect storm”.

“People with disabilities were at risk … and we weren’t observing a response from government in the same way as we had in the aged care sector at that point, and a plan developed for Aboriginal and Torres Strait Islander people,” she said.

“So we were deeply concerned at that point, that there was a lack of acknowledgement of the particular risks of people with disabilities and a lack of preparation for how we might respond to that problem.”

Kavanagh co-wrote, with Helen Dickinson of UNSW, in The Conversation last week of the importance of heeding the lessons from the aged care sector during the pandemic, and acting swiftly to avert a crisis.

They pointed to their recent national survey of 357 disability support workers that found more than one in four reported cancelling shifts because they feared they might contract coronavirus at work. Not all workers had accessed even basic infection control training, and of those who had, half wanted more, they wrote.

After the final hearings, Kavanagh welcomed the announcement of a strengthened Disability Response Centre.  The joint Victorian and Australian Government disability response centre will be based within the State Control Centre and will enable information sharing and a rapid response to outbreaks, the announcement stated.

Kavanagh said it was now important for the Centre to focus on how to scale up the workforce, develop a national outbreak plan for disability accommodation, and for other states to make similar investments in preparedness.