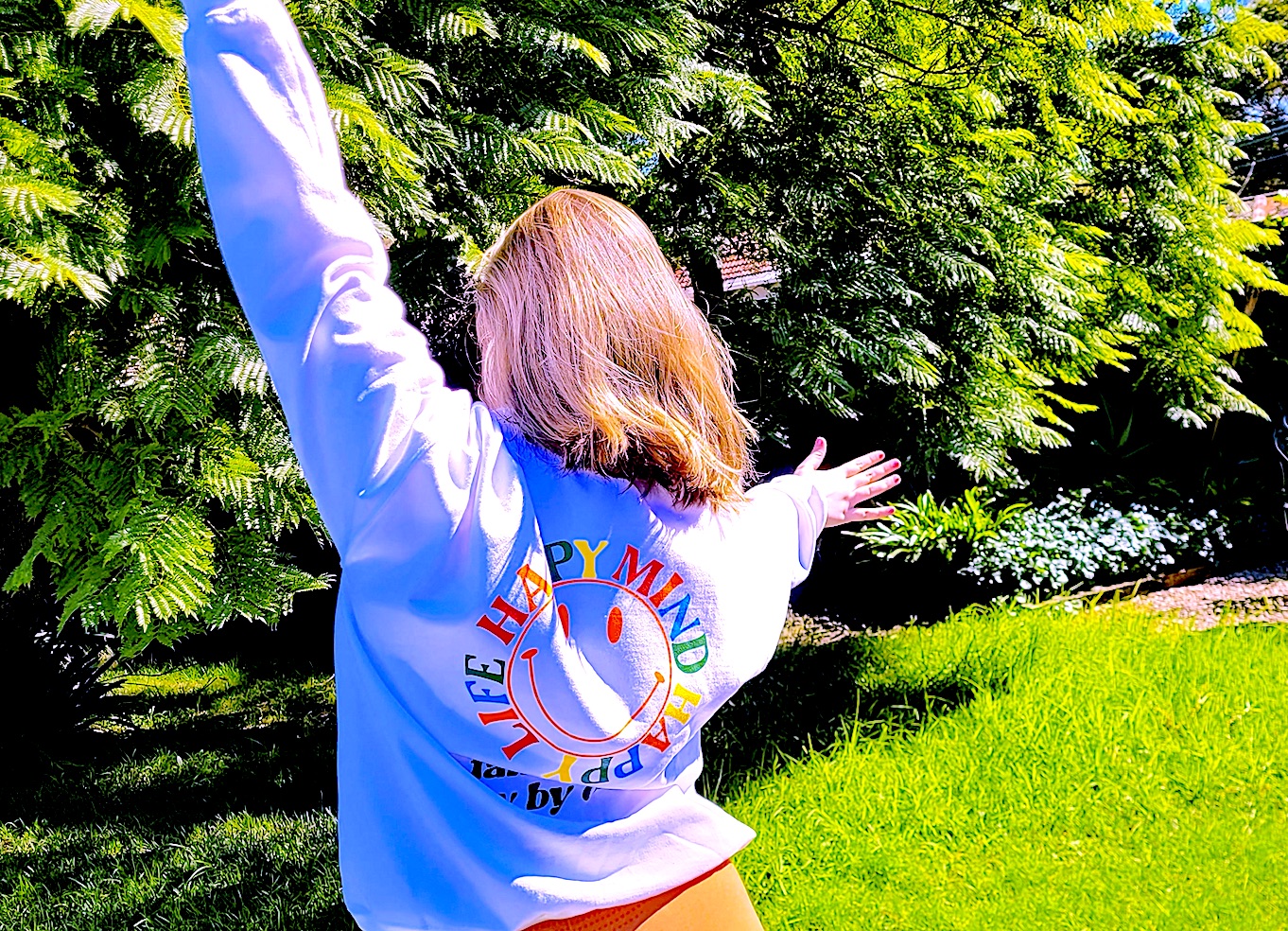 The recent Equally Well 2022 Symposium put the spotlight on efforts to improve the physical health of people who have a mental illness, as well as the urgent need for such efforts.

Cate Carrigan reports below on the role of lifestyle medicine, as well as how the holistic approaches to health of Aboriginal and Torres Strait Islander peoples have influenced the language of healthcare in Australia.

Bookmark this link for ongoing reports from the symposium by the Croakey Conference News Service.

In dealing with his own mental and physical health issues over the years, Dr Sam Manger, a GP on the Sunshine Coast in Queensland, has found practices such as meditation and regular exercise helpful in keeping himself well.

His lived experience has given him insights that benefit his patients, and he advocates strongly for more people with mental illness to be supported to engage with “lifestyle medicine”.

Manger says the lifestyle-based clinical interventions are safe and effective for mental and physical wellbeing, with the 2020 Royal Australian and New Zealand College of Psychiatrists’ (RANZCP’s) clinical practice guidelines for mood disorders including evidence-based lifestyle interventions as first line recommendations.

The interdisciplinary field uses food, movement, sleep, mind-body practices, social connection, and connection with the natural world, in combination with behaviour change and health coaching approaches along with evolving models of care to improve physical and mental health.

While there is some overlap with social prescribing (which enables health professionals to refer people to a range of local, non-clinical services), they are distinct fields, said Manger.

Part of the clinical toolbox

A keynote speaker at the recent Equally Well Symposium, and the President of the Australasian Society of Lifestyle Medicine, Manger wants more clinicians to have lifestyle medicine as a ‘go-to’ part of their toolbox.

He says there is a strong and growing evidence for ‘lifestyle medicine’ and says many patients’ lives have been transformed by the approach – leaving them healthier, happier both physically and mentally.

“I went through multiple medical specialists, scans and procedures to only be offered pills at the end of it; a common story,” Manger told Croakey.

“This system works well for some …. our healthcare at the moment is not wrong, just incomplete, and lifestyle medicine is that missing pillar of healthcare.”

Working as a GPSI (GP Special Interest) with Sunshine Coast public mental health services for past three and a half years, Manger has run a raft of lifestyle medicine and wellbeing programs, which he has seen change patients’ lives.

“In my clinical and academic roles I have seen diabetes, heart disease, autoimmune disease, chronic pain, mental illness and many more not only improve, but some remit and always a person’s quality of life improves towards genuine wellbeing,” he said.

With 90 percent of diabetes and 80 percent of heart disease being preventable, these are things that can really make a difference, he said.

Manger says lifestyle medicine is very inclusive of the social determinants of health, pushing back at criticism that it doesn’t address the underlying causes of poor health such as poverty, racism and poor housing.

“As a clinician, if I can provide people with food, movement forms, mindfulness practices, encourage social reconnection and social prescribing, this will improve people’s lives in ways that are often largely free or cheap … and support vitality in health services, communities, schools and workplaces,” says Manger.

The Sunshine Coast program is just one example of successful and innovative work being done to reverse the poor physical health of those with mental illness highlighted at the two-day Equally Well gathering, which brought together those with lived experience, clinicians, pharmacists, researchers and service providers.

Overview of the evidence

Manger, a senior lecturer at James Cook University (JCU) and Equally Well Ambassador, told the symposium lifestyle medicine had been shown to be just as – and often more – effective then anti-depressants in improving the health of people with mental illness.

Manger cited studies showing the impact of stress on the body and the effectiveness of mind-body practices, such as mindfulness, breath work, relaxation training and exercise, in countering it.

“Good research has shown that regular physical activity can be as effective as anti-depressants and psychotherapy in treating depression – it’s not an optional bonus but fundamentally crucial for mental health care,” Manger said.

“If you’ve got a person you are treating with anti-depressants and psychotherapy, who is under a high level of psychological or physical stress, their brain is inhibited to rewire and refire.” 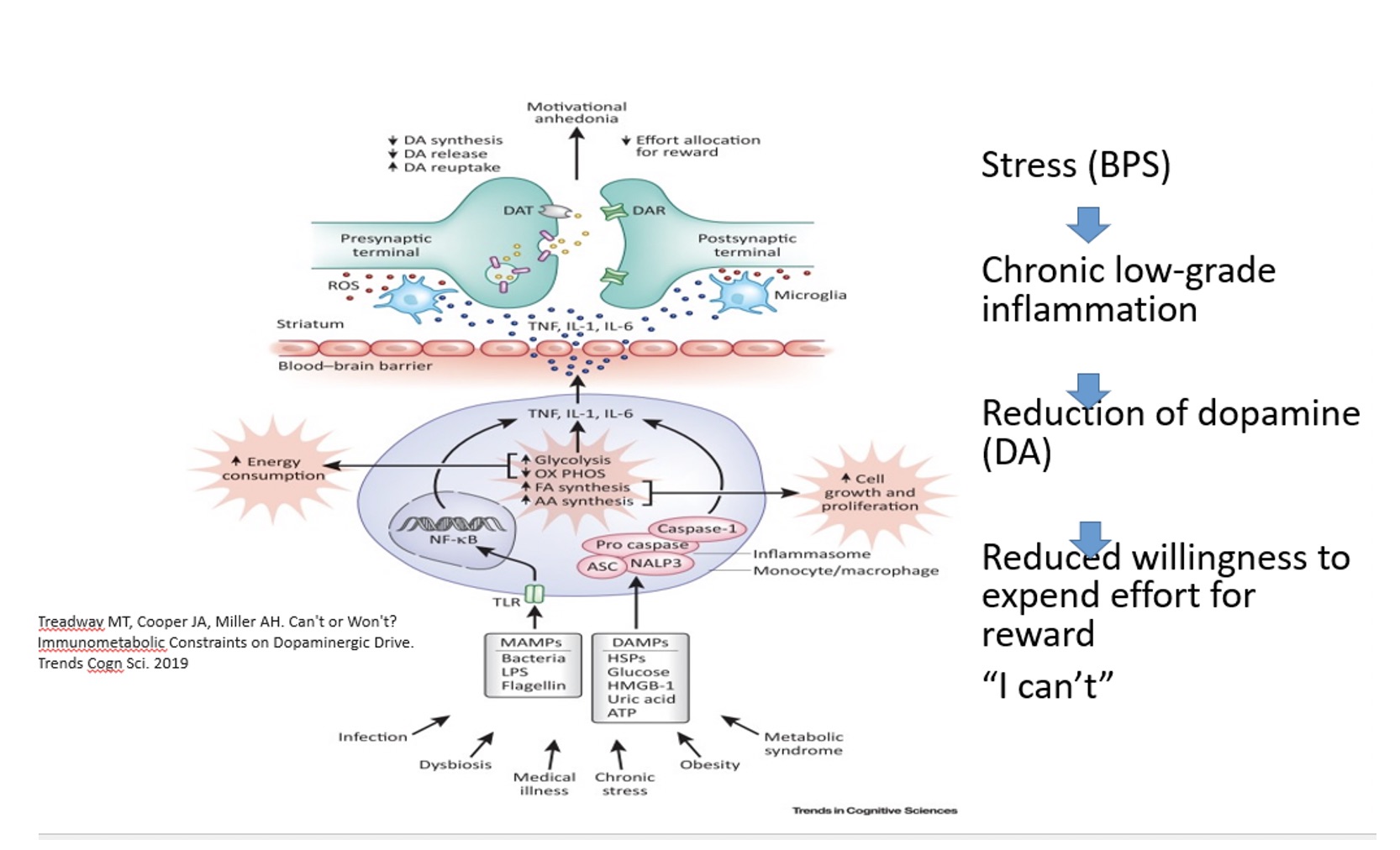 On diet, Manger told the symposium about evidence of a link between food and mood, with a randomised controlled trial showing 32 percent of patients with moderate-to-severe major depression disorder going into remission after being put on a Mediterranean diet compared to eight percent in the control group.

“Food can be anti-inflammatory and pro-inflammatory. We take medication all the time to reduce inflammation and yet we are eating food three times a day that is perpetuating inflammation,” he said.

“That doesn’t just make us stiff and sore in the joints, it makes us systemically inflamed and depressed, this really matters,” he said, citing this 2020 paper, ‘Diet and depression: exploring the biological mechanisms of action’.

Sleep disorders, which could be treated effectively with lifestyle interventions, were also a key problem for those with mental illness, affecting 40 percent and up to 80 percent of those with schizophrenia. Additionally, a 2016 study found that 15 percent of Alzheimers’ cases may be linked to sleep disorders.

When patients are fatigued it is often put down to medication or poor lifestyle but often it’s a treatable sleep disorder, he said.

“You treat the sleep disorder, and they wake up feeling fresh and have the energy to exercise and engage, and their mental health improves.”

Manger said this was backed by studies which showed sleep interventions had a large impact on relieving symptoms of depression.

Social connection is another important issue for people with mental illness. A 2010 study showed a 50 percent increased likelihood of survival for participants with stronger social relationships.

As with stress, diet and sleep deprivation, there was a neurobiological basis. Manger explained that bereavement, social isolation or rejection switches on a threatened stress response in the system sending the message: “we are alone, we are under threat” and reduces activity in the prefrontal cortex, the planning future-thinking part of the brain. 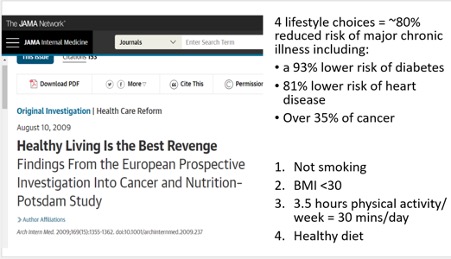 Manger said none of these lifestyle medicines interventions were “soft options” but were based on strong and growing evidence.

Manger highlighted a lack of time as one barrier, explaining that GPs’ 15-minute consultation window was limiting clinicians, and he felt he could only ever be “10 to 20 percent as good as he could be”.

“While there are many amazing GPs, training and practices, systems to genuinely deliver lifestyle medicine are lacking.”

“We need lifestyle medicine embedded at a clinical service level,” he said. “We need health coaching, peer support coaches and link workers, better digital technology and we need proactive models of care that we can deliver to schools, workplaces and civic communities.”

The ASLM wants “to drive and lead and lobby change at the social level as well and help address the social and cultural determinants of health”.

Manger urged delegates to start practising mindfulness themselves – to meditate, do breathing and stretch exercises – and to be leaders and get onboard in implementing lifestyle medicine solutions.

He also urged executives and decision makers to provide their staff with time for their own self-care and time for teams to create local solutions in their services.

One of the best experiences of his life had been incorporating the approach through helping to establish a native, cultural garden at Pangula Mannamurna, an Aboriginal Community Controlled Health Organisation (ACCHO) in Mount Gambier, South Australia.

“We suddenly saw this massive engagement with the health service. It was their service, their story and reconnection was part of it,” he said.

“Sometimes health is not about cells, or receptors, or hormones – or pills, it’s about how we reconnect people together.”

Brideson, a Kamilaroi man with 30 years of experience in mental health, said the 2017 Fifth National Mental Health plan had for the first time prioritised Aboriginal and Torres Strait Islander peoples’ mental health. Since then, there had been many other policy initiatives which involved growing input from and collaboration with First Nations people.

The narrative in healthcare had changed, with a more strengths-based approach reflected in the latest Close the Gap report, which addressed transforming power and voices for generational change, he said.

One of the Closing the Gap targets – around social and emotional wellbeing – commits governments “to building and supporting structures to empower Aboriginal people to share decision-making” and accelerate policy towards place-based progress.

Brideson told delegates Aboriginal and Torres Strait Islander peoples and their holistic approach to physical and mental health – revolving around the individual, within the family, within the community – had influenced the language of healthcare in Australia.

That language change was reflected in the Equally Well consensus statement, which focused on person-centred, holistic care, prevention and early intervention.

The lived experience of Aboriginal and Torres Strait Islander people underpinned all the work of Gayaa Dhuwi.

Finally, he stressed inclusion, saying Gayaa Dhuwi ensured many voices were heard, including LGBTQI+ communities, the Stolen Generations, and those of young people, to enhance the expertise of the organisation.

Queensland Mental Health Commission (QMHC) Ivan Frkovic told the symposium that despite the strong links between physical and mental health, this isn’t yet reflected widely in service delivery.

While there were great pockets of work, such as that being done by Dr Sam Manger on the Sunshine Coast, such initiatives needed to be implemented across the healthcare system in a bid to stop people with mental illness dying – from mainly preventable physical conditions – 15-20 years earlier than the general population.

Frkovic told of a man with a long-standing mental health condition going to an hospital emergency department for a physical condition and being quickly triaged to the mental health unit.

The example showed how a person’s mental health diagnosis often dominated treatment even if they were overweight, had diabetes or a heart condition or other risk factors, he said.

One of the main challenges of getting GPs to check the physical health of those with mental illness was the limited time of consultations, of 12-15 minutes.

Frkovic called for the creation of a healthcare workforce that has the opportunity and time to respond in a holistic way to complex co-morbidities.

“We need to promote a health services culture where mental health and physical health are seen together rather than viewed separately,” he said.

At a systems’ level, Frkovic said there was a need for better integration of services, and the establishment of multi-disciplinary teams to support people and provide the physical and mental health treatment they need.

Frkovic spoke of the need for better partnerships between people with lived experience of mental health conditions, their families and carers, to ensure consumers have more control and input into their own treatment and care.

The QMHC was committed to driving forward the agenda and was working with public and private agencies to ensure the broader implementation of programs boosting the integration of physical and mental health treatment, but there was a long way to go to create systemic change, he said. 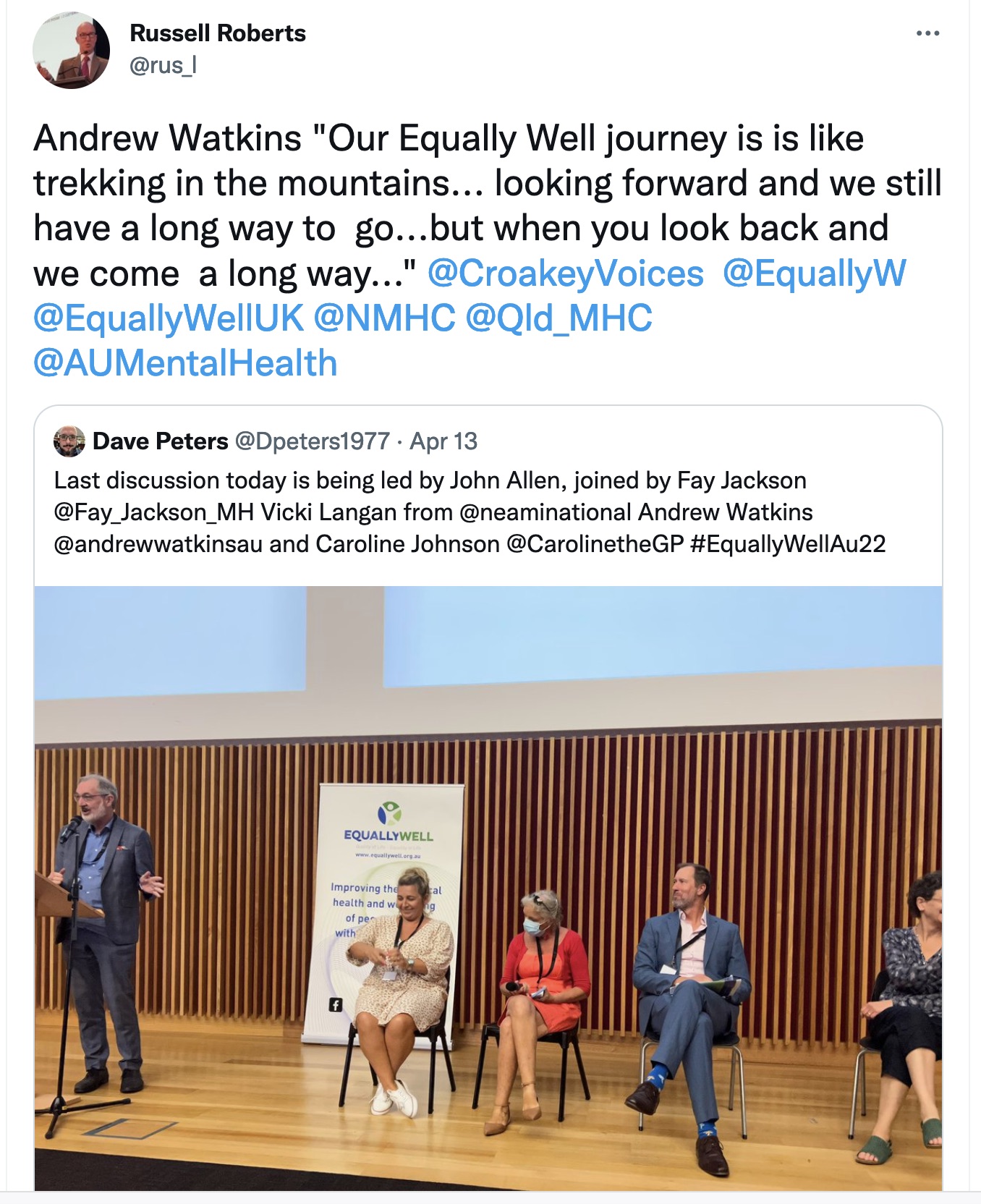 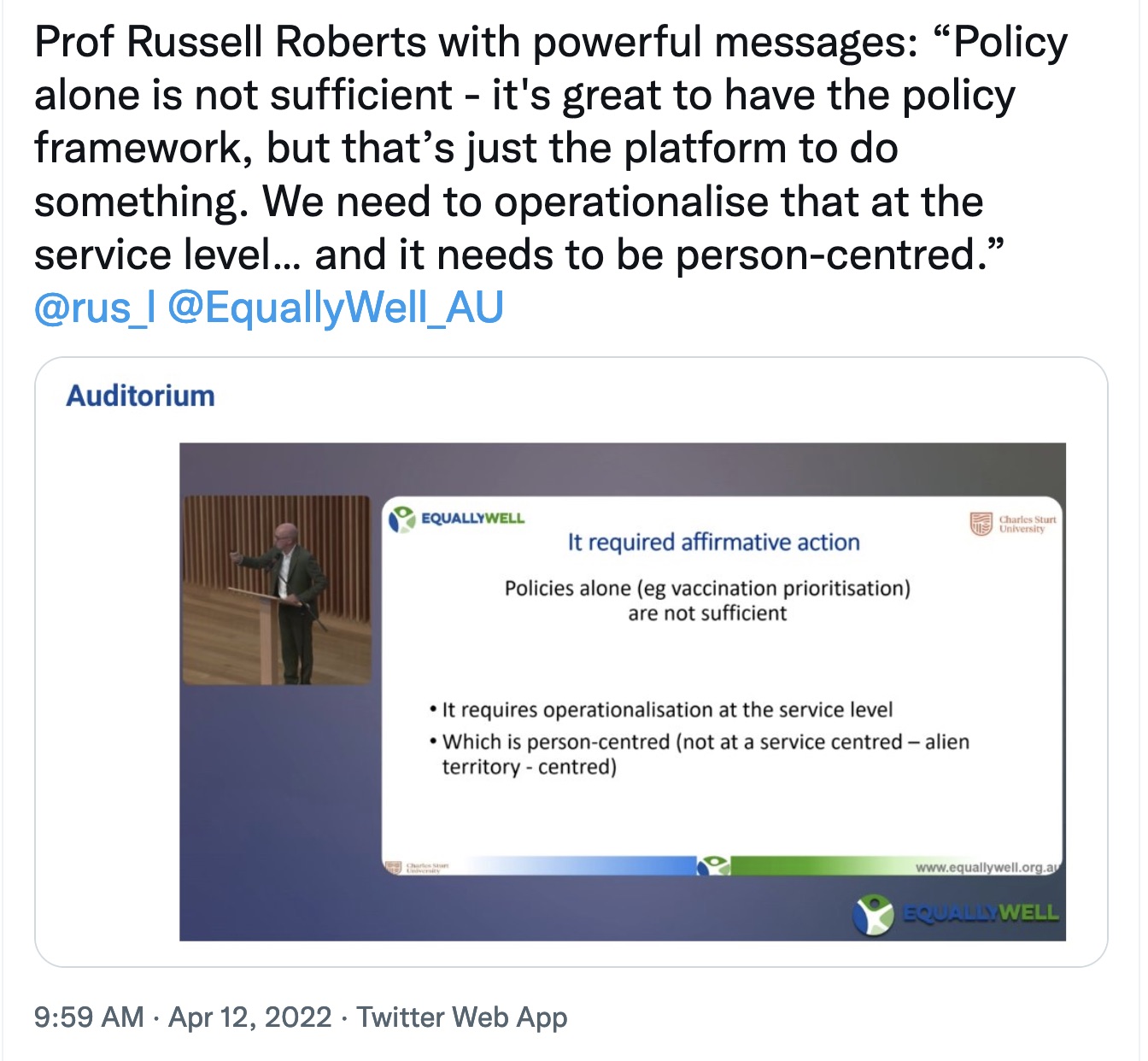 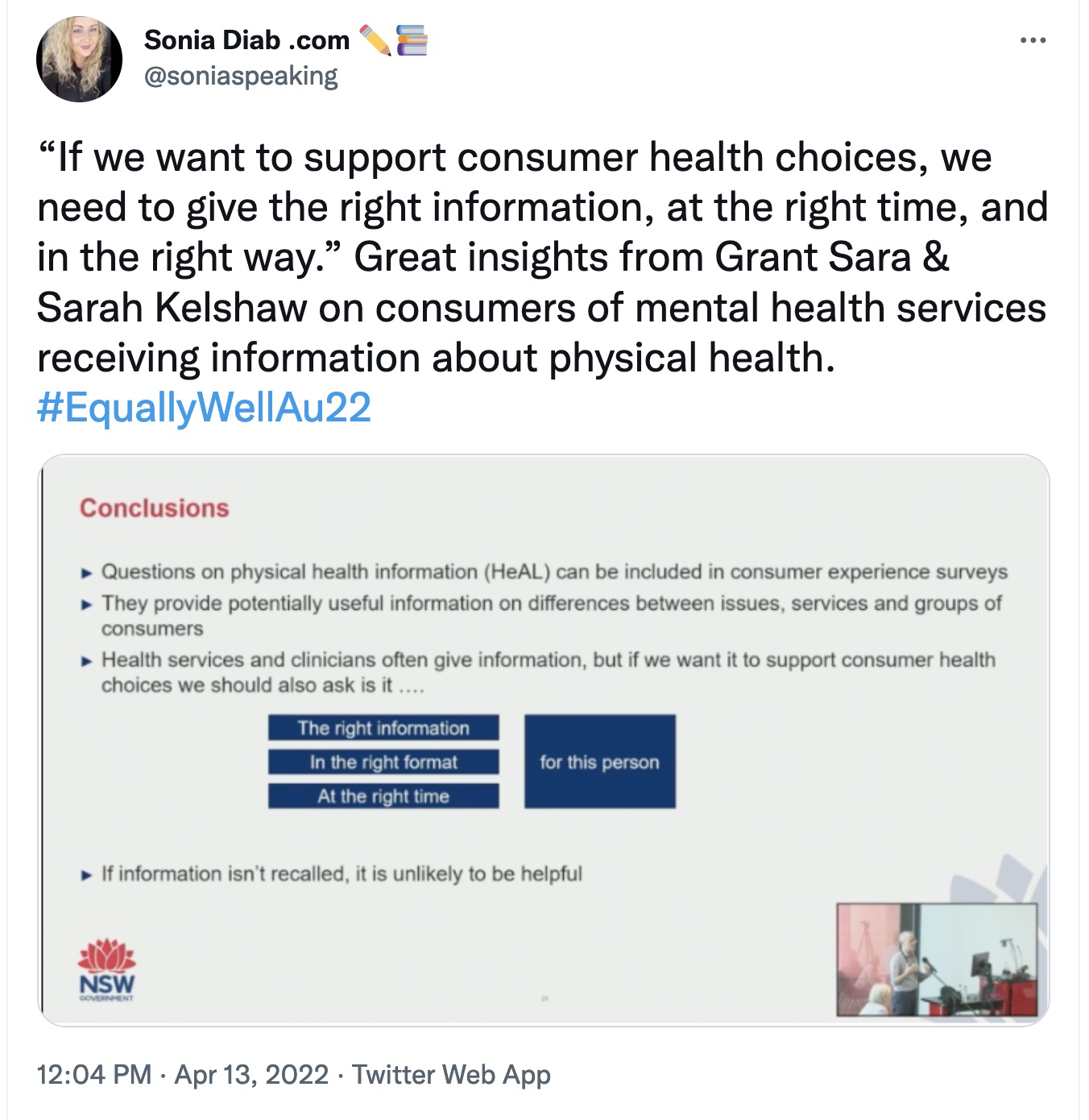 PrevPreviousA private health insurance question with no simple answer
NextOn the election campaign, what’s on your mind? Join us Sunday evening for an open news conferenceNext