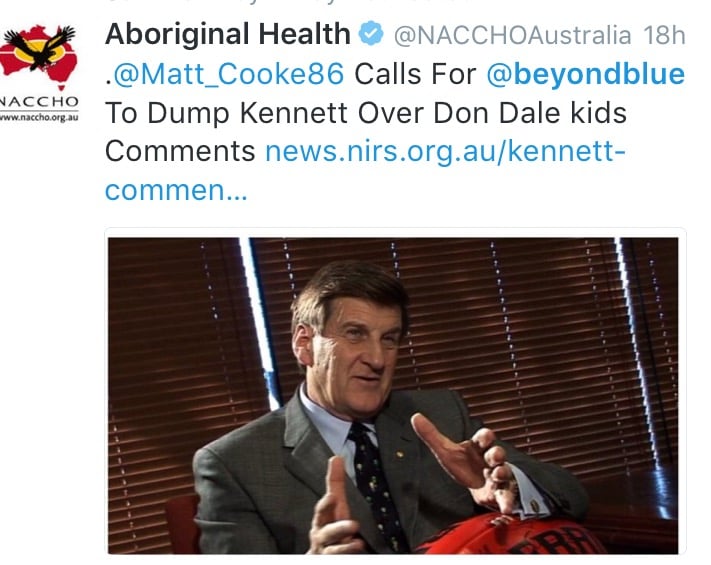 Kennett’s comments on Don Dale: a personal opinion or beyond conscionable?

An Indigenous trauma expert has called into question the fitness of former Victoria Premier Jeff Kennett to head one of Australia’s most visible mental health awareness and support organisations.

On National Indigenous Radio yesterday, Robert Eggington, head of Nyoongah trauma support service at Dumbartung Aboriginal Corporation, called for Kennett’s “immediate termination” as Chair of beyondblue, amidst disquiet from Indigenous health advocates about where he and the organisation stand on the mental health needs of children in the juvenile justice system.

Kennett also told ABC radio in Darwin that the political response to the Four Corners report – the announcement of a Royal Commission into the NT Child Protection and Youth Detention Systems – was unprofessional.

On Tuesday he reiterated his comments in an opinion article in Melbourne’s Herald Sun, and expanded in his concerns about unbalanced reporting and the timing of the program’s screening. He concluded the article with the disclaimer, “These comments are my own and not those of beyondblue.”

ABC staff involved in the Four Corners report have denied bias, saying the program’s screening was not timed for the election, and that the NT Government was given a fair right of reply with then-Corrections Minister John Elferink nominating himself as the sole representative of the Government for the program.

beyondblue responded to enquiries and comments about Mr Kennett’s statements on Twitter, with a repeating series of three tweets;

As Mr Kennett has made clear publicly, his views on the Don Dale Detention Centre reports & Royal Commission were his own…1/3

Mr Kennett’s comments were made in a private capacity. 2/3 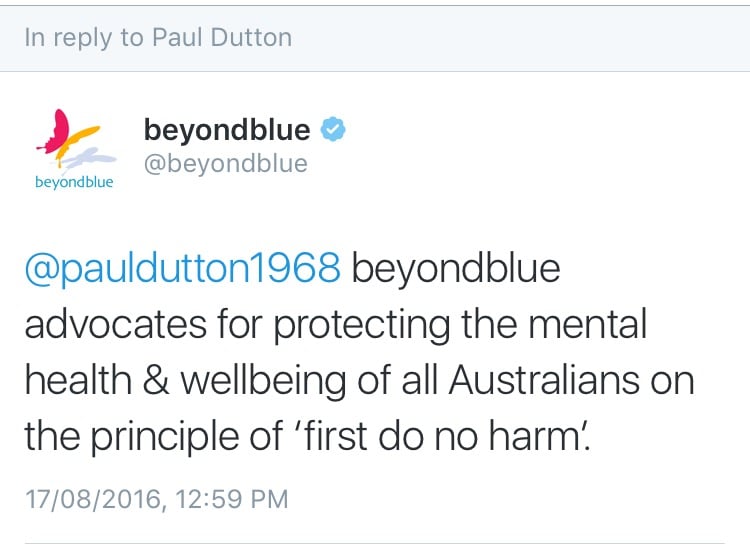 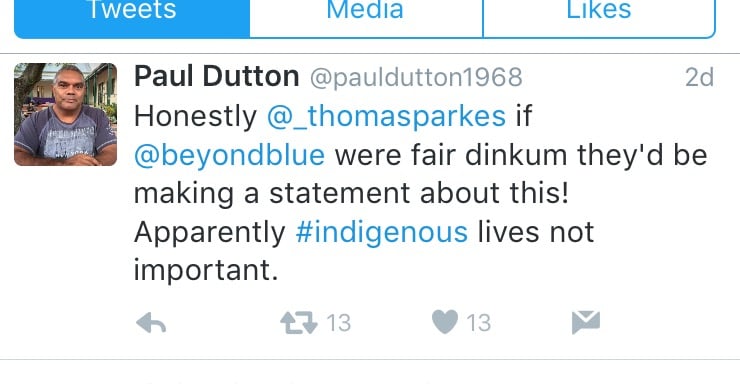 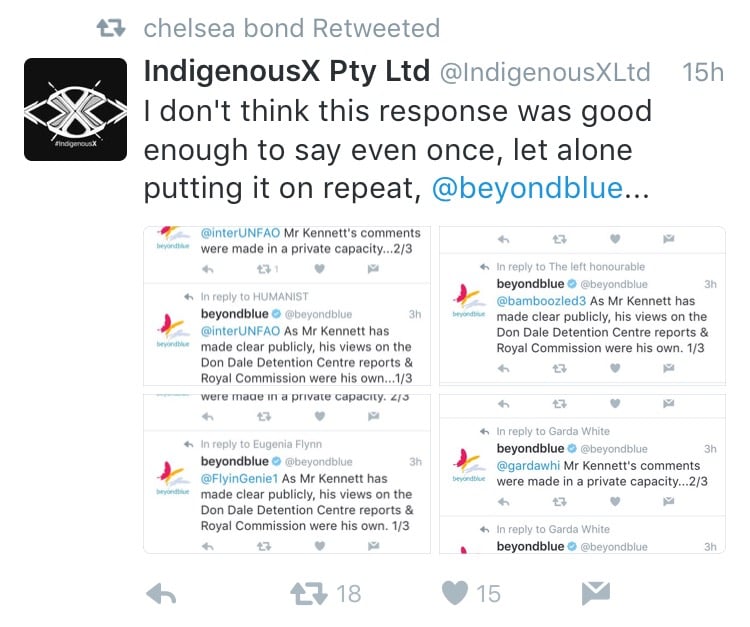 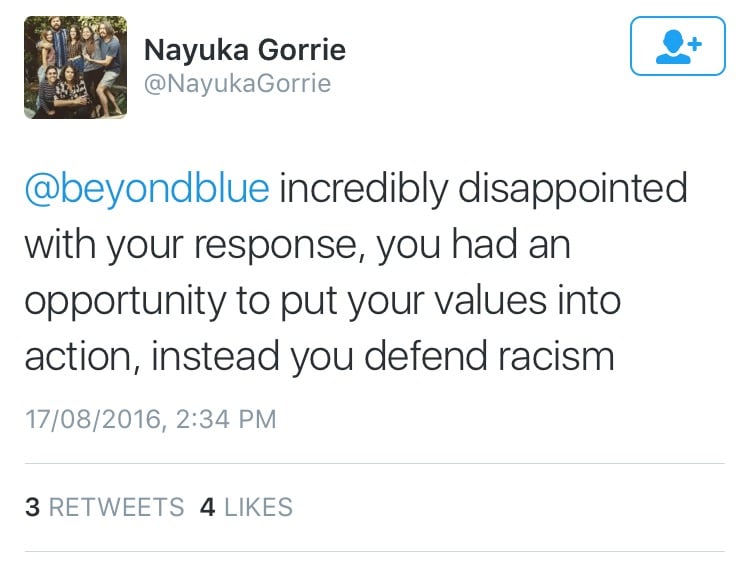 The organisation has recently been working to raise awareness of the mental health effects of racism on Aboriginal and Torres Strait Islander people with their Invisible Discriminator campaign, but has made no public comment about the allegations of abuse on the NT juvenile justice system or the need for a Royal Commission.

Dr Chelsea Bond, Senior Lecturer in Aboriginal and Torres Strait Islander Studies at the University of Queensland, told Croakey that beyondblue’s response to criticisms of its Chair’s airing of a personal opinion in a very public forum, and silence on the substantive issues raised by the Don Dale allegations was of concern.

“beyondblue‘s silence about the Don Dale abuse, coupled with the defence of their Chairperson, Mr Kennett who stated that the ABC report was a political issue which attacked prison workers, rather than a mental health issue that harmed Aboriginal children, is deeply disturbing.

As an organisation that has insisted that we all #BeTheChange in relation to racial discrimination and mental illness, it was astounding to me, that they would be so indifferent to the mental health needs of Aboriginal children in detention. It would appear that much of their advocacy work in relation to the Don Dale abuse has been to advocate for their Chairperson’s right to dismiss the reporting of such abhorrent abuse.

Indeed, Mr Kennett has the right to dismiss the mental health needs of Aboriginal children, but as Chairperson of beyondblue, it is just not right.”

A spokesperson for beyondblue told Croakey that there would be no further response to the criticisms of Mr Kennett, beyond the statements already made on Twitter. 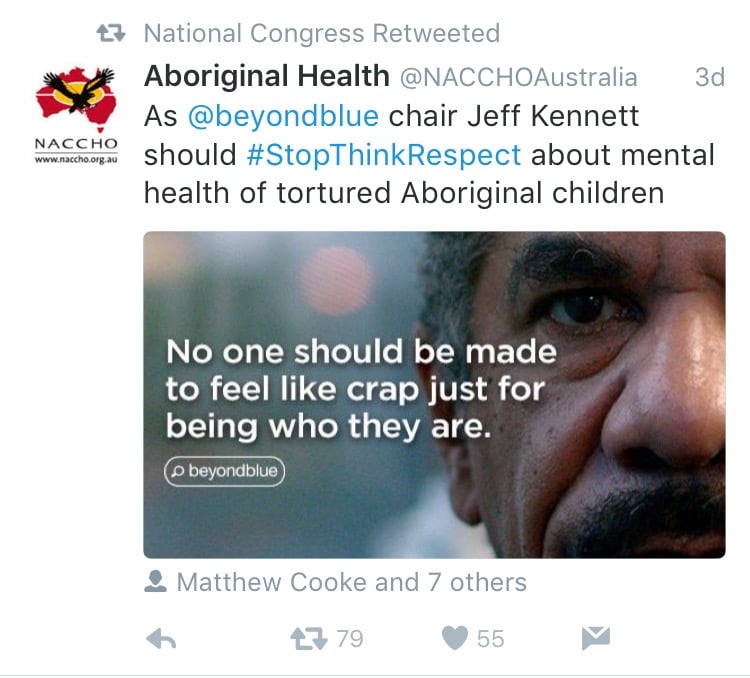 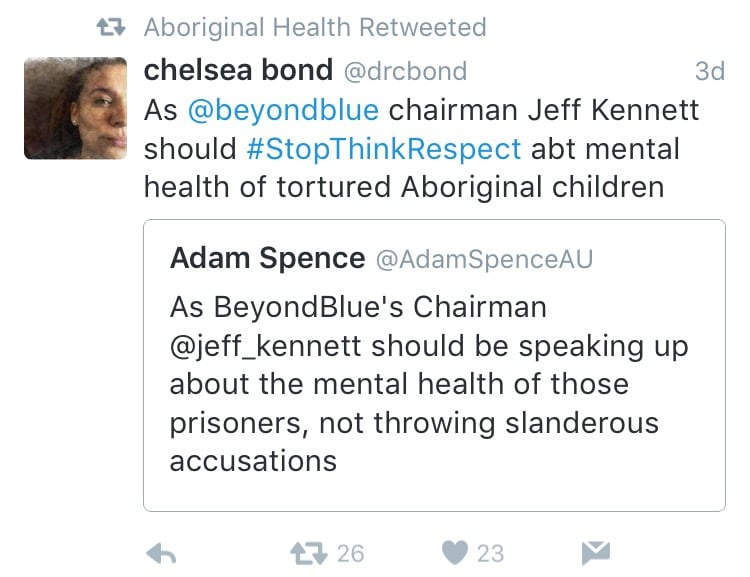 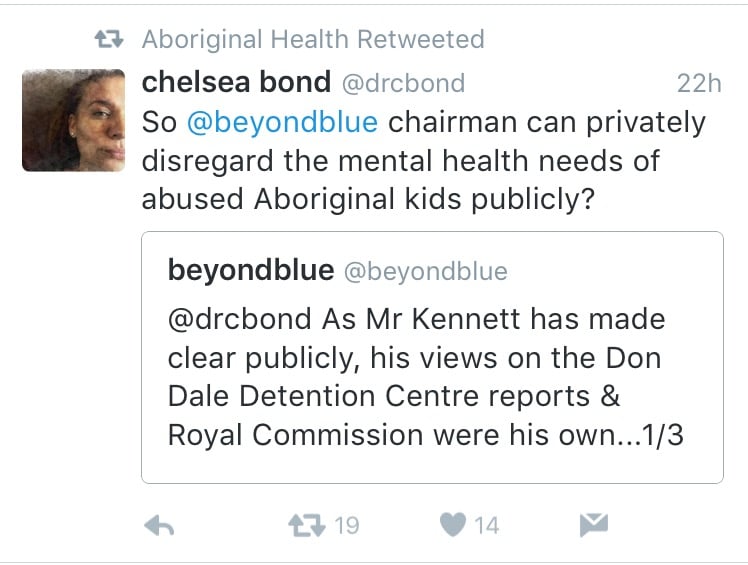 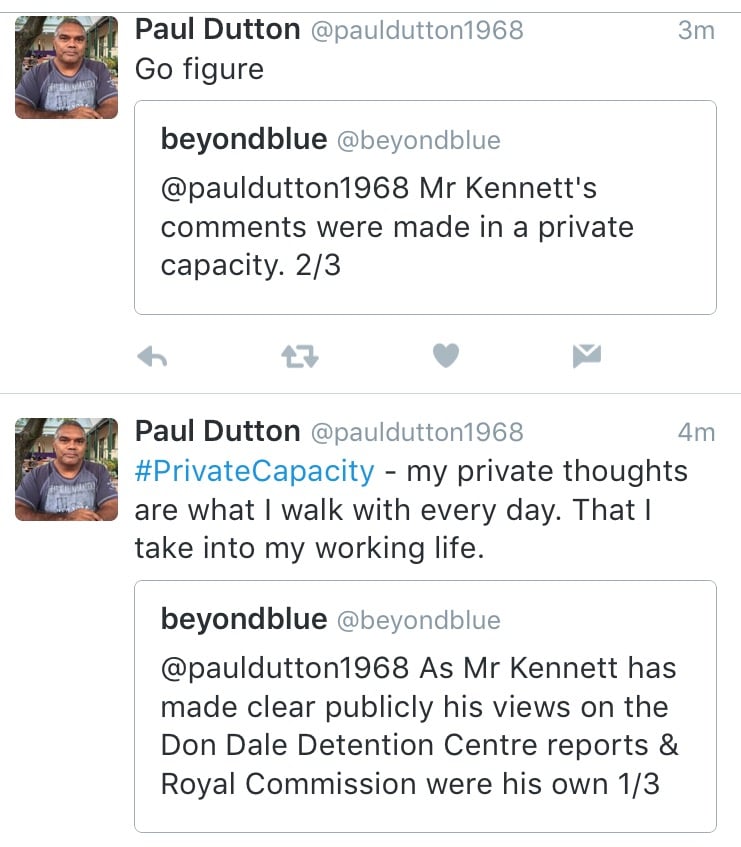 PrevPreviousAccess to emergency contraception: a health equity issue
NextThe health policies of the US presidential candidatesNext