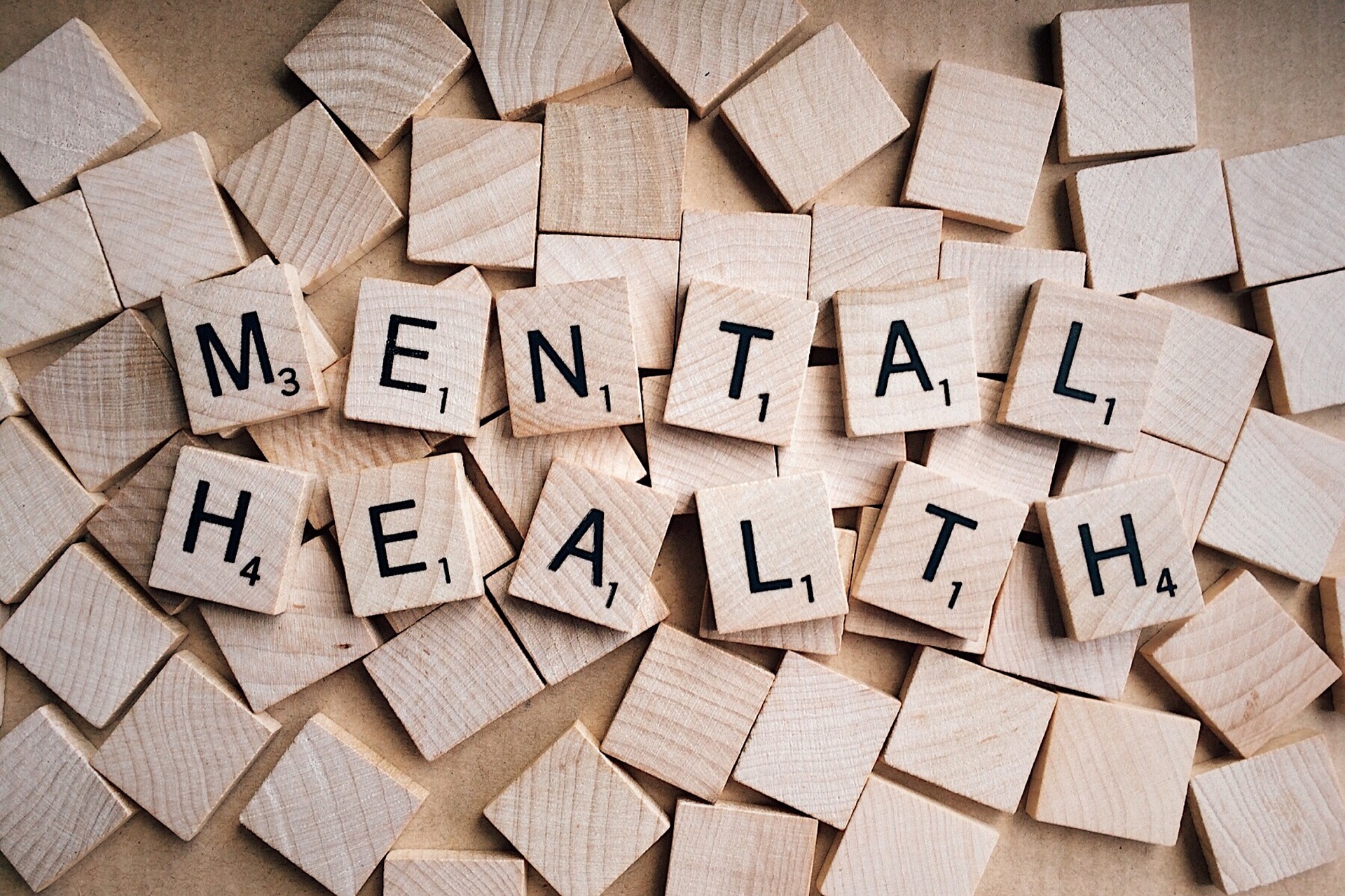 In the article below, the second in a miniseries on the MBS Review published this week, Dr Sebastian Rosenberg looks at the Reference Group’s findings and recommendations.

Rosenberg is concerned that the Reference Group advocates a big expansion of the Better Access Program, which currently subsidises sessions of psychological therapy under Medicare.

While supporting taxpayer-subsidised access to this kind of care, he says there is a lack of critical evaluation of the program’s benefits and costs.

He says individual fee for service arrangements suit health professionals and funders, but are sub-optimal for mental health, which requires an integrated and multi-disciplinary community-based system.

Rosenberg is a Senior Lecturer at the Brain and Mind Centre, Sydney University and a Fellow at the Centre for Mental Health Research, Australian National University.

Back in 2005, I helped prepare advice to the then Federal Government recommending psychology and allied health services should be included under Medicare.

Our aim was to scale the successful but very limited Better Outcomes in Mental Health program to a much broader, whole of population approach.  A key theme of this advice was, at all costs, to avoid being solely dependent on fee-for-service as the mechanism to arrange payment to health professionals.  Despite this advice, the Better Access Program emerged and evolved as purely a fee-for-service affair, beginning on 1 November 2006.

The growth in the program has been well documented. Originally estimated to cost government $538 million over four years, final expenditure was closer to $1.4 billion over this period.

Evidence was published indicating the program’s success in lifting to 46 per cent the overall rate of community access to care which had been stuck for a decade at about 35 per cent, though this is not possible to verify.

A 2011 evaluation of the program, the only one undertaken since its inception, asked several hundred service users, picked by their own treating health professionals, what they thought of the program. They liked it.

Other researchers attempting some evaluation of the Better Access Program have raised problems, such as geographic and socio-economic maldistribution, gender imbalance and high out of pocket costs (gap fees). More fundamentally, others have questioned the impact the program has had on the prevalence of mental illness in Australia.

Better Access appears to have had minimal impact on anti-depressant prescribing: 12.3 million prescriptions were written in 2005-06, the year the program began, and 14.4 million were written in 2016-17.  Lack of data makes it difficult to assess how appropriately medication is being used in tandem with psychological therapy.

The Better Access Program was originally set up so that a GP wrote a mental health plan, the psychologist delivered sessions of therapy and then the patient was referred back to the GP to have their plan reviewed. This part of the model of care never functioned, with only half the plans written ever reviewed.

Despite these issues, growth in the program has averaged almost 7 per cent year on year since 2011-12.  In 2016-17, 2.4 million patients accessed just over 11 million services under the program, with Medicare rebates to health professionals costing the taxpayer $1.17 billion, plus an additional $282 million in gap fees paid by the patients to their provider. On average, a registered psychologist charges $27 per session above the Medicare rebate, a clinical psychologist $32. 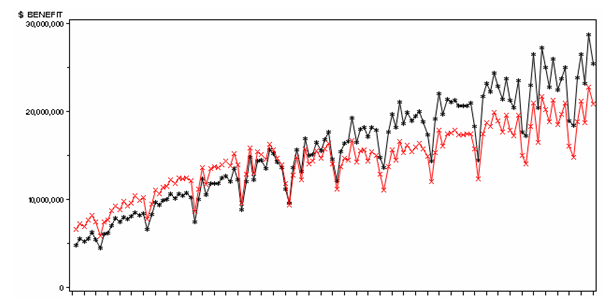 Back in 2014, the National Mental Health Commission identified that the Better Access Program was not fit for purpose and needed considerable re-design.  Recommendation 13 suggested the Government should:

Enhance access to the Better Access programme for those who need it most through changed eligibility and payment arrangements and a more equitable geographical distribution of psychological services.

The Commission proposed 15 actions that could be taken to achieve this, specifically noting they were NOT recommending an increase in the number of sessions and the overall budget for Better Access, but rather a broadening of the mix of professionals able to provide focused psychological strategies within the available sessions.

The Commission did this because the best care, particularly in response to more complex mental health issues, is provided through collaborative care delivered by multi-disciplinary teams, including clinical, non-clinical, peer and other support.

Fee for service care in mental health, where an individual client attends the offices of an individual health professional, is sub-optimal care.  The Department of Health acknowledged the merit of more collaborative approaches years ago.

However, individual fee-for-service arrangements suit health professionals well and they are administratively simple for funders to implement.

These would be two key reasons why the Mental Health Reference Group, primarily comprised of psychologists providing MBS services, have recommended a considerable expansion of this sub-optimal approach.

The Reference Group suggests this expansion should occur across the spectrum of care.

First, they recommend making Medicare-rebatable sessions of service available to “at risk” people with no previous history of mental illness or diagnosis.  They also recommend including family and carers of people with a mental illness as eligible for these Medicare services.

At the other end of the spectrum, the Reference Group also recommends lifting the cap on the number of sessions available to people with more complex or severe mental health problems from 10, potentially up to 40 sessions in any year.

While my psychology friends tell me that people invariably need more sessions than are funded, particularly for people with more complex conditions, in fact the ‘right’ number of sessions is very much a matter for debate.  There is evidence indicating that therapy of brief duration but higher intensity (frequency) is more likely to be effective than therapy spread over a longer period.

The Reference Group report provides no estimate of the cost of these suggested changes.  As it is, the Better Access Program is costing $22.5 million every week, or $28 million if you include out of pocket costs.

It is worth noting that the average number of sessions per patients has been steadily declining, from 4.95 in 2011-12 to 4.64 in 2016-17, perhaps suggesting overall acuity in the client group has diminished.

However, with numbers this large, considering for example just a 20 per cent increase in the program would mean the Federal Government finding an extra $235 million in Medicare rebates and patients an extra $56.5 million in out of pocket costs every year.

These additional out of pocket costs could have a significant impact on some of the more severe groups targeted by this policy, given they may also be least likely to afford the care they are eligible for. The Reference Group’s report makes no reference to out of pocket costs at all.

It is also worth noting the rapid decline in new customers to the Better Access Program.

These should have been the lifeblood of this program, designed as it was for short and targeted interventions for people with mild to moderate mental health problems.

The evidence for treatments like cognitive behaviour therapy (CBT) is strongest here, meaning patients have a high chance of recovery. This was the basis of original support for all these programs, Better Outcomes, Better Access, and Access to Allied Psychology Services (ATAPS) etc.

This raises questions as to whether the program is actually delivering the type of services to the client group originally envisaged, or if there is something else going on.

I don’t doubt many of the 2.4 million Australians who receive Better Access services enjoy better mental health as a result.

But unfortunately, there is no independently gathered data available now to inform this discussion and the Reference Group only suggests establishing outcome measures for the Better Access program under “longer term recommendations”.

In the meantime, it was happy to draw on evidence about the number of sessions needed to provide effective care offered by the Australian Psychological Society (see Reference 8 of the Group’s report).

The low intensity psychotherapy services using trained coaches, already proven in the UK and working now in parts of Australia, barely rate a mention in the Reference Group report.

The Commission also referred to new models of financing to better support new approaches, including ‘cashing out’ MBS payments to create a pool of funding to put towards packages of care.

While this was discussed briefly (by one Primary Health Network) nobody has yet pursued this option.

The Commission was interested in finding funding arrangements, such as bundled or incentive payments, designed to foster collaboration, integration and multi-disciplinary approaches across mental health service settings.

Its aim was to develop the mental health competence of GPs and collaborative teams to provide them with appropriate support services and decision-making tools to assess and manage the mental health needs of their patients.

Psychology under the NDIS

I think this has happened before.

Despite good evidence supporting its role, the psycho-social mental health sector was always funded to be just a peripheral player in Australia.  It represented 6 per cent of state mental health funding in 2005-06 and 7.6 per cent in 2015-16.

However, this funding, together with federal funding which had grown over this decade to support programs like Partners in Recovery and Personal Helpers and Mentors was largely transferred to the National Disability Insurance Scheme (NDIS).

I have helped to document the serious and negative implications of this funding shift on evidence-based models of psycho-social recovery together with the impact on the already fragile workforce.

With the NDIS a new source of funding, with deep pockets, psychologists in Australia were alerted to their eligibility to be funded as NDIS service providers, as long as their services are marketed as promoting ‘functional’ recovery, not ‘clinical’ recovery.

Remember, the NDIS has been designed to manage permanent disability, not promote recovery.

With no cap on sessions, the NDIS has been flooded with psychologists offering their services.  The NDIS pays more than Medicare per session. I am aware of some NDIS plans including up to 50 sessions of psychology care.

It would not surprise me therefore, if funds previously allocated to psychosocial service providers, particularly non-government organisations, have now found their way to psychology services, spurred by an NDIS keen to preference ‘professional’ care over other types and rushing to meet its 64,000 mental health client target.

Again, I am sure many NDIS recipients are much improved due their psychological care.

However, again it is not possible to verify this.  In a situation very similar to the absence of data in relation to the outcomes of the Better Access Program under Medicare, a recent Senate Question on Notice (Number 884, dated 24 July 2018) confirmed that the Federal Government collects no information about the number, nature, quality or outcomes of psychology services provided under the NDIS.

More of the one size

In its Response to the National Mental Health Commission’s review, and as a way of encapsulating the need for change, the Government suggested the mental health system was a “one size fits all”, using this phrase six times in 15 pages.

Without knowing much at all about who is currently using the Better Access Program and to what effect, and rather than proposing genuine reform, the MBS Reference Group has instead opted to simply recommend more of the one size. Their changes will cost the taxpayer and individual patients, without any requirement to demonstrate value for money.

I am a mental health advocate.  I think the sector is underfunded. I think psychology has a key role to play in quality mental health care.  But as a taxpayer, I find this kind of spending reckless and unaccountable.

Sooner or later, Australia will need to come to grips with the real problem facing mental health, which is that the integrated and multi-disciplinary community-based system necessary to properly address mental health in all its complexity has never been built.  Continuing to invest in primary care fee-for-service models and hospital beds won’t fix this.

PrevPreviousOn the future of journalism: a new report and last days to lodge a submission
NextTrolls, taxes and trust: a call for action on digital platformsNext