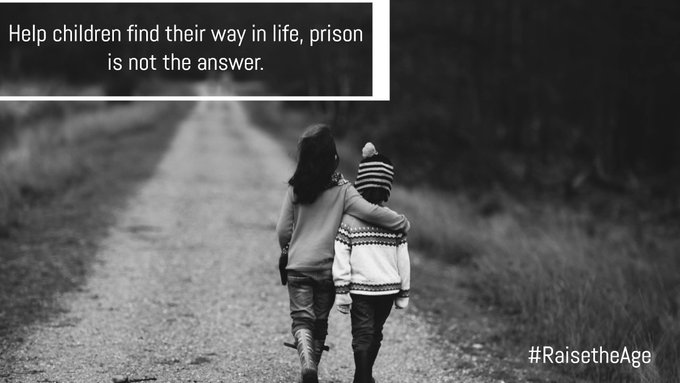 Image from a tweet by the National Aboriginal and Torres Strait Islander Legal Service (NATSILS): published with permission

“No child belongs in prison”. Australian governments condemned for failure to act on minimum age

Aboriginal and Torres Strait Islander, health and medical, legal and human rights organisations have condemned state, territory, and federal Attorneys General for failing at their meeting on Monday to commit to raise the age at which children can be imprisoned from 10 to 14 years.

The decision of the Council of Attorneys General (CAG) to “kick the can down the road” defied evidence presented to hundreds of inquiries over many years, including to the Royal Commission into abuses at the Northern Territory’s Don Dale facility, said Roxanne Moore, Executive Officer of the National Aboriginal and Torres Strait Islander Legal Service (NATSILS).

“They’re saying they still need more time, but the evidence is clear,” Moore told Croakey. “This is a matter of political will and what it says to me is our young people’s lives do not matter to the political leaders of this country.”

The lack of action came as a major blow to the national #RaiseTheAge campaign, led by a range of justice, human rights and health groups, including the Australian Indigenous Doctors Association (AIDA), the Royal Australasian College of Physicians, and the Australian Medical Association.

It also came just ahead of the announcement of a new national Closing the Gap agreement, which will include justice targets, growing concern about Aboriginal and Torres Strait Islander deaths in custody, amplified by recent Black Lives Matter protests, and fears of a coronavirus outbreak in Victoria’s prisons and juvenile detention facilities. 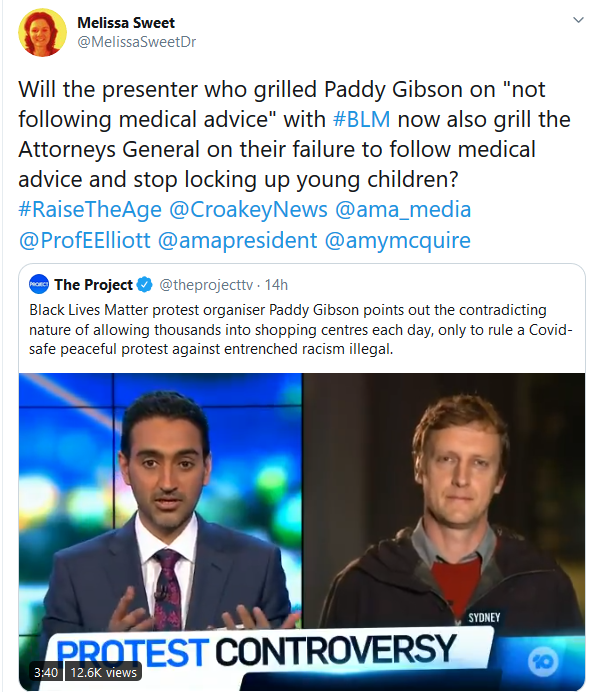 The Victorian Chief Health Officer on Monday said there were six confirmed COVID19 cases now in connection to the Parkville juvenile facility in Melbourne, raising concerns not only about the potential of infection but also the mental health impacts of ongoing lockdowns of facilities.

“In Australia 10 year old kids are still detained,” the  Victorian Aboriginal Legal Service (VALS) said in a statement. “During a pandemic. In locked down facilities, as we have seen in the past week in both the Parkville and Malmsbury Youth Detention facilities (in Melbourne). It is past time for us to catch up to the rest of the world, and close this shameful chapter.”

The AMA said it was “in disbelief” that the Councils of Attorneys-General had postponed the decision to #RaisetheAge on the basis that more work was needed regarding adequate processes and services for children who exhibit offending behaviour.

“The AMA is extremely disappointed that state, territory and Commonwealth governments have failed to listen to medical advice and raise the minimum age of criminal responsibility from 10 years old to at least 14,” President Dr Tony Bartone said.

“By leaving the age of criminal responsibility at the unacceptably low age of 10 years old, we run the risk of further traumatising already disadvantaged and vulnerable children instead of giving them the help and healthcare that they deserve,” Bartone said in a joint statement with NATSILS, Amnesty Australia, and the Human Rights Law Centre.

Health and justice at stake

Hopes had been high leading up to today’s meeting that the CAG would finally act. Instead its communique said only: “Participants noted the Working Group’s work to date and noted that the Working Group identified the need for further work to occur regarding the need for adequate processes and services for children who exhibit offending behaviour.”

New South Wales Attorney General Mark Speakman was quoted by the Sydney Morning Herald as saying further work needed to be done “to identify what is the alternative for children who would otherwise be subject to the criminal justice process”.

“What are the therapeutic interventions the behaviour interventions, the social support, the educational interventions that offending children need if they are not going to be dealt with by the criminal justice system?” he asked. 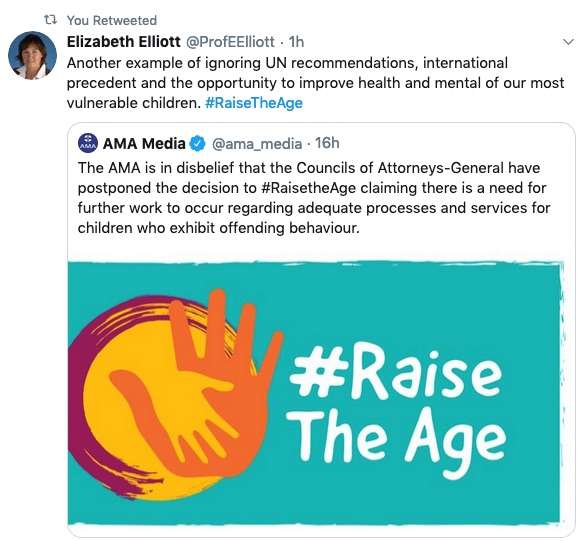 #RaiseTheAge says the evidence is clear that children’s brains are still developing, especially the parts that regulate judgement, decision-making and impulse control, which means they cannot foresee the consequences of any action and cannot fully understand the criminal nature of their behaviour.

It has been urging action from Australia, saying countries like China, Russia, Germany, Spain, Sierra Leone, Azerbaijan, Cambodia and Rwanda have responded to calls from the UN Committee on the Rights of the Child to raise the age to at least 14 years old.

The Smart Justice for Young People coalition said the majority of children aged under 14 who were forced through the criminal legal system have experienced neglect, trauma and abuse and been let down by institutions and adults.

Successive Royal Commissions and inquiries into failing youth legal systems had revealed punitive practices within youth prisons, including solitary confinement and routine strip searching, that harm children and reinforce the very factors that lead to offending, compared with community-based services that support children to reach their potential, it said.

A “highly disappointed” Public Health Association of Australia (PHAA) also said the decision of the Council of Attorneys-General was “an abject failure to protect children from the unnecessary trauma of incarceration and the lifetime of disadvantage that often follows”.

It was also “out of step” with other countries and recommendations by health, medical, legal and human rights experts.

PHAA CEO Terry Slevin said a law that allowed children as young as ten to be handcuffed, placed in a cell and processed through the criminal justice system was “cruel and archaic”, but also counterproductive, with earlier incarceration proven to kickstart more interactions with the legal system and lead to more years in prison, not fewer.

“We cannot say we are genuinely working as a nation to Close the Gap while we continue to put Aboriginal and Torres Strait Islander kids in prison from the tender age of ten.”

Aboriginal and Torres Strait Islander children are disproportionately impacted, accounting for 65 per cent of the younger children sent to prison, advocates say.

The #RaiseTheAge campaign had built momentum over the past week on social media, with high profile Aboriginal and Torres Strait Islander people, including former Olympian and Federal MP Nova Peris, musician and comedian Adam Briggs, actor Miranda Tapsell and author/playwright Nakkiah Lui to share photos of themselves at aged 10.

Roxanne Moore urged other medical and health groups to join the #RaiseTheAge campaign, to focus now on urging individual states and territories to take action, rather than wait for a national position.

“This is as much a medical and health issue as it is a justice and legal issue,” she said. 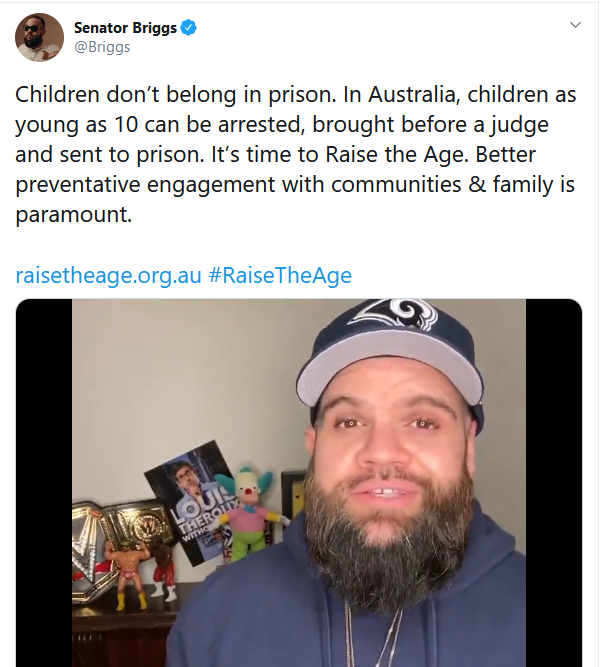 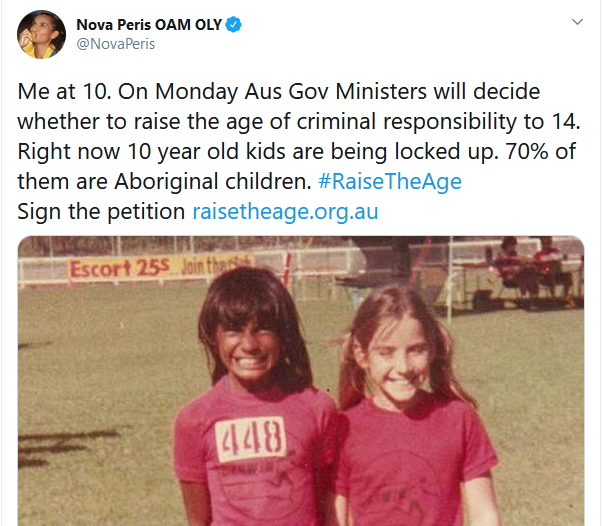 Elizabeth Elliott is Professor of Paediatrics, University of Sydney

Dr Jacki Small is a paediatrician, and President Elect of the RACP. 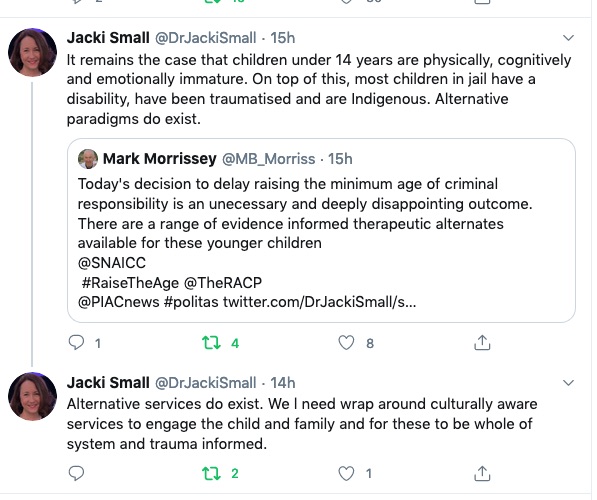 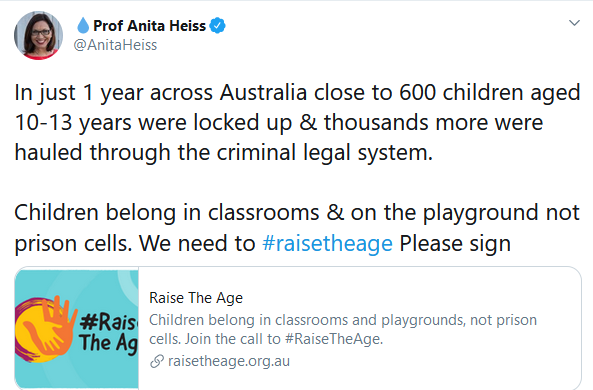 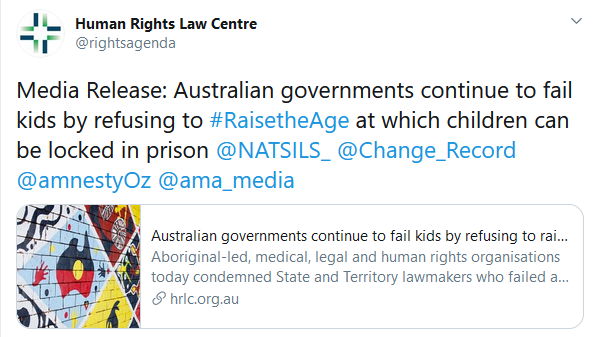 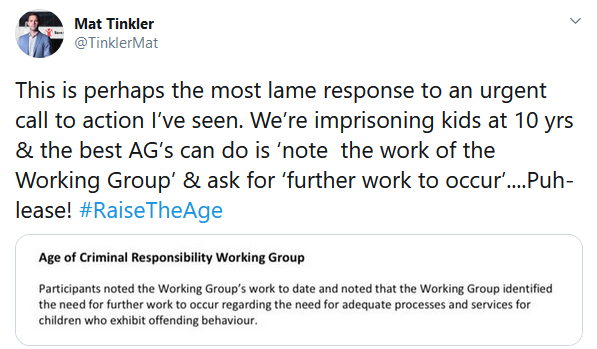 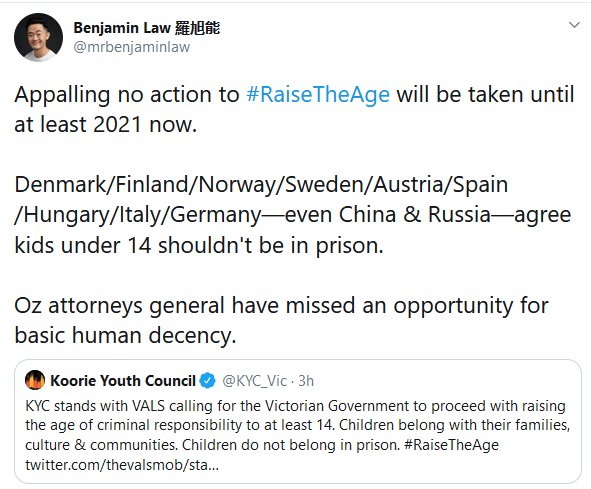 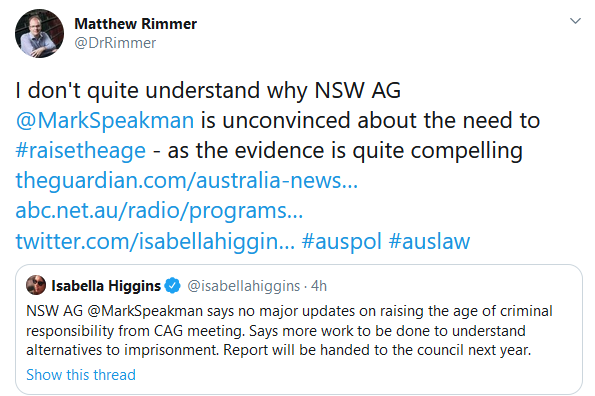 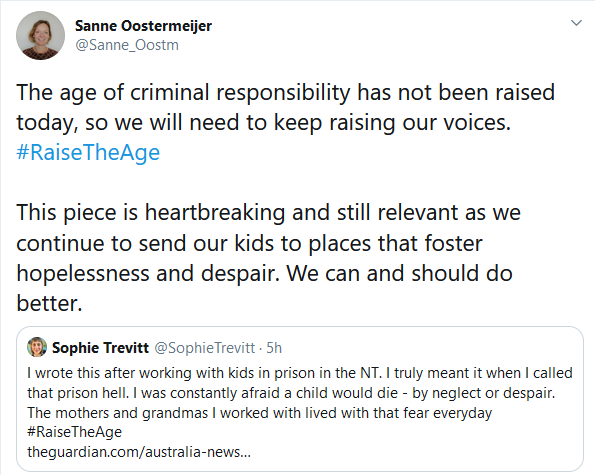 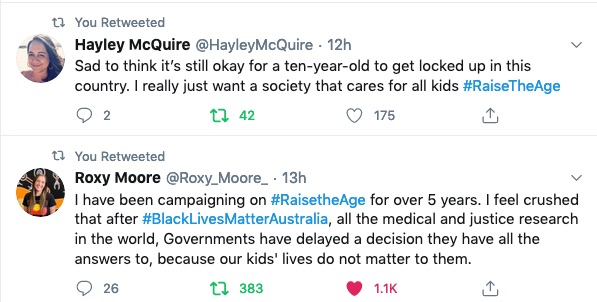 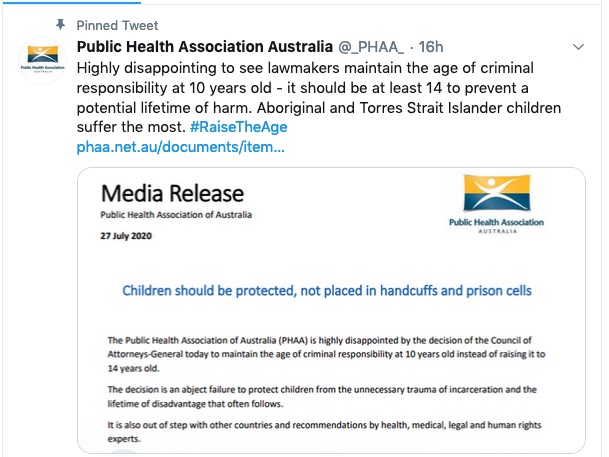