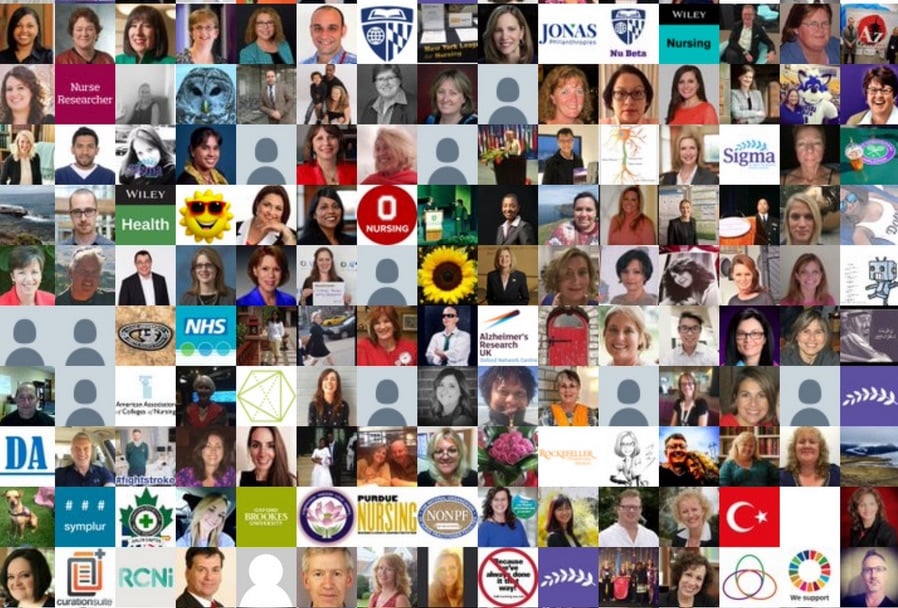 Nursing conferences are creating waves on Twitter, but what about the wider media landscape?

Introduction by Croakey: Nurses and midwives have been owning the Twitterverse this week, with two big international conferences – #WHOCC2018 and #INRC18 – putting the spotlight on issues such as their role in meeting the Sustainable Development Goals.

(See some related tweets and selfies at the end of this post, complete with bonus Iggy Pop references).

It’s a reminder of how social media is changing power dynamics and narratives around health and healthcare.

But, Twitter aside, how much has really changed since 1998, when a landmark study published in the United States reported that nurses were identified as sources in only four percent of quotes or other sourcing in health news stories in leading national and regional newspapers?

Twenty years later, when researchers replicated the Woodhull Study on Nursing and the Media: Health Care’s Invisible Partner, they found that even this minimal representation had fallen – to nurses being identified as sources in only two percent of quotes or other sourcing in health news stories.

One of the researchers involved, Dr Diana Mason from the Centre for Health Policy and Media Engagement at George Washington University, visited Australia recently and caught up with an old friend and fellow nursing leader, Debra Cerasa, who suggests in her article below that increasing the representation of nurses in public debate could help improve health policy and healthcare.

Meantime, Croakey is pleased to have the excuse to remind readers to check out the recent Croakey Conference News Service coverage of the #Nurseforce conference of the Australian Practice Nurses Association.

We are also delighted to report that Robbie Bedbrook – @nurse_robbie – will be guest tweeting for @WePublicHealth later in the year, and to remind readers that we welcome applications from nurses and others with a concern for public health to guest tweet for this account, which now has more than 12,000 followers.

Nurses form the largest health workforce, and the nature of our roles means that we have unique insights into the impact of health policies and health services, and the needs of patients and their families and carers.

It is therefore concerning that the expertise of this significant group of health professionals is almost invisible in mainstream media coverage of health matters.

While the findings of the Woodhull Study on Nursing and the Media: Health Care’s Invisible Partner relate to media coverage in the United States, I would expect any such research in Australia to produce similar findings.

The researchers involved recently reported on the findings from: an analysis of 537 articles from seven newspapers, three news magazines, and three health care industry publications published in September of 2017; interviews with 10 health journalists about what they perceived as the barriers and facilitators to using nurses as sources in new stories; and how schools of nursing are using Twitter, based upon an analysis of the most recent 3,200 tweets from the public Twitter accounts of each of 47 of the top 50 schools of nursing, from September 29, 2016 through February 22, 2018. The follower lists of all 47 schools were also extracted and analysed.

In brief, the findings included:

The researchers concluded that:

Despite gradual increases in women’s representation in the media, nurses remain largely invisible in health news stories, despite their relevance to almost any health issue.

Although the profession has an increasing number of nurses with doctoral degrees who are clinicians or researchers with deep clinical and policy expertise, nurses are seldom included as sources in stories on topics related to health policy, the business of health care and research.

Physicians remain the go-to experts for journalists on all aspects of health and health care, despite differences between medicine and nursing in their experiences, philosophies, and scope and focus of practice.

The communications staff of universities and health care organizations may be similarly unfamiliar with nurses’ expertise, as they rarely offer nurses as sources for journalists.”

Recently, one of the researchers involved in this study, Dr Diana Mason PhD, RN, FAAN, was visiting Australia in response to an invitation to be keynote speaker for an Australian College of Nursing (ACN) Policy Summit in Canberra. I was fortunate to spend time with her as our professional and personal relationship has spanned quite some time, since we first met sitting at a dinner table at an international conference in Durban, South Africa in 2009. Nurses are like that, really – very social beings who make connections.

Mason’s distinguished career and body of works is impressive and currently she holds the position of Senior Service Policy Professor, Centre for Health Policy and Media Engagement, George Washington University, School of Nursing. She is very active in media including a regular radio broadcast and her social media profile is extensive.

What a privilege it was to discuss with her such a vast range of topics, from politics, evolution of the nursing profession, private health to public health, school health, healthy aging – and everything in between. Not to mention the social topics of travel, books, movies and food.

Additionally I was fortunate to be in the audience where she presented her keynote and I have been left contemplating the state of health and healthcare in Australia and indeed, globally.

The issue to which I keep returning is the dearth of nurses who have any meaningful and ongoing representation in the media.

I don’t mean token roles in soap operas, but regular positions where they offer ongoing, insightful and informative perspectives on health policy, or indeed the wider policies affecting our health.

Mason described numerous examples of how nurses are gaining ground in media representation in the US.

Quoting from this article, Nurse-Designed Care Models and Culture of Health: Review of Three Case Studies, Mason stated: “Helping a community view health as a priority and engage the community in improving the population is a shared value that must be promoted”.

It seems to me that if popular media outlets, whether TV, print or social media, can be harnessed to include nurses, and traction is gained through the voices of nurses, then true societal shifts will be made.

I recently heard the saying, “if nurses are not at the table, they are on the menu!” Involving nurses in all discussions influencing policy and healthcare delivery is not hard to do. The discussions need to be in the media.

In Australia a plethora of professional, industrial and special interest groups represent the profession of nursing and hold great knowledge. It is well overdue for nurses to speak up and be heard.

The findings of the Woodhull Study suggest some ways forward, including the importance of organisations such as health services, universities, NGOs, research institutes and other institutions taking explicit steps to privilege the voices and perspectives of nurses.

But it is also up to us as nurses, individually and collectively, to maximise our contributions to public debate. We may need to up skill, perhaps do some media and social media training, and take steps to expand our professional networks. I’ve found that engaging with Twitter can be a very useful platform for this.

We can also look to the example set in the US by Mason and her colleague Barbara Glickstein, the Founders of HealthCetera – “the voice of the George Washington University School of Nursing’s Center for Health Policy and Media Engagement. Let’s talk about health is our motto and we mean it”.

The ‘About us’ continues with:

HealthCetera is a media platform providing evidence-based news, analysis and commentary by diverse, dynamic, front-line experts discussing the latest real-world effects of healthcare and health policy. HealthCetera includes a blog, radio programming and a podcast. We believe journalism has an inherent role in promoting a health and just society. Senior producers and hosts along with a talented team produce HealthCetera.”

Mason and Glickstein also produce and host radio shows to reflect issues in the health sector and present the all-important nursing perspective. They began in 1985 as co-producers and co-hosts of “Healthstyles”, a weekly, live radio program in New York City on personal health, health care, and health policy. The program received media awards from the State of New York, Public Health Association of New York City, American Academy of Nursing, and the National Association of Childbirthing Centers.

Glickstein is also the Nursing Consultant and Advisor to Carolyn Jones Productions for the feature-length documentaries, The American Nurse and Defining Hope and the multimedia project, Dying in America. She is committed to putting a human face on important social issues. She has also been called upon as an expert on public health issues in a wide variety of media coverage, from Entertainment Weekly to national public television.

Following the lead of these two inspiring nurses may not be so easy in the Australian setting.

Although nurses are often voted a popular and most trusted professions by Australians, this position does not appear to translate into proportionate representation in public and policy debate. After all, it has only been in the last decade that a Commonwealth Chief Nurse and Midwifery Officer has been appointed.

What else can we do to advance the voices and share the expertise of nurses more widely? I’d be delighted to hear from Croakey readers interested in pursuing some of these opportunities. Contact me on: @debracerasa

• Debra Cerasa is an experienced and qualified senior executive, with a diverse resume of experience. She has held various executive leadership positions in the Public, Not for Profit and Private sectors, served on numerous Boards of Public and Not for Profit companies, which includes two international Board of Trustees and is a public speaker. Currently Debra is involved in several consultancy projects, including Locum CEO roles. Previously CEO of RCNA, MSA and Otway Health, she continues to champion the professions of nursing and midwifery.

12th Biennial Conference of the Global Network of WHO Collaborating Centres for Nursing and Midwifery, Cairns 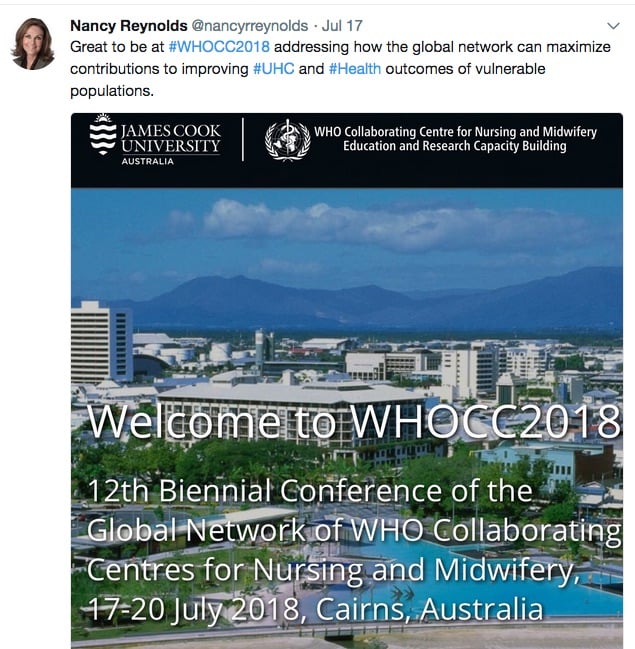 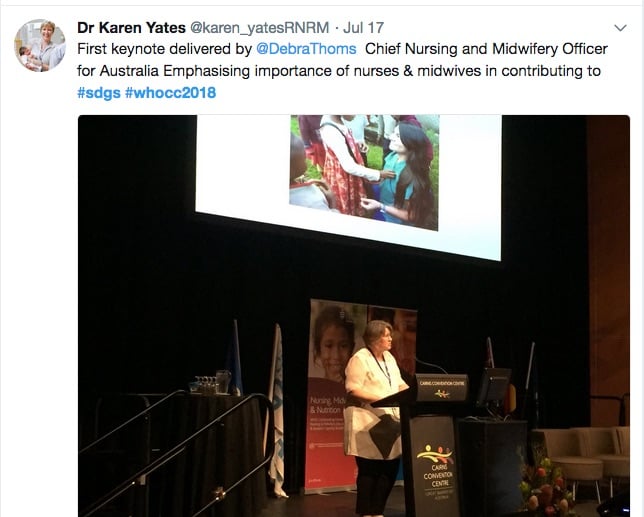 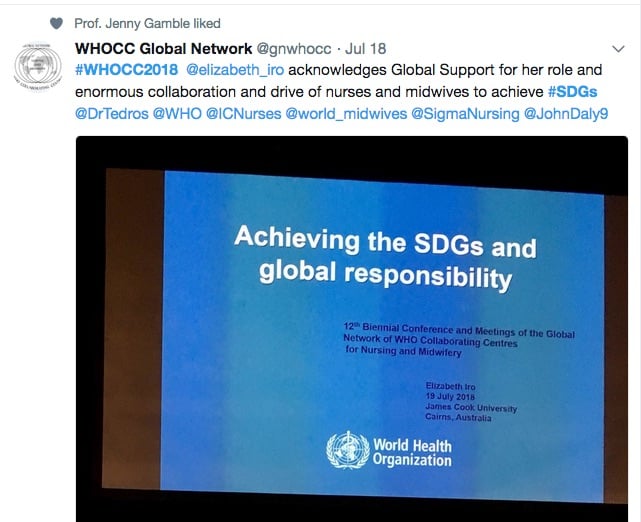 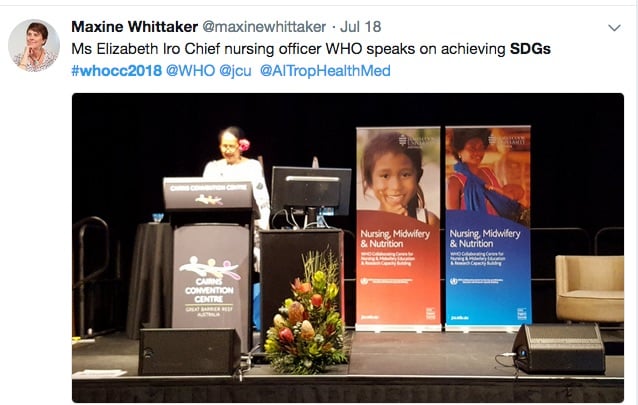 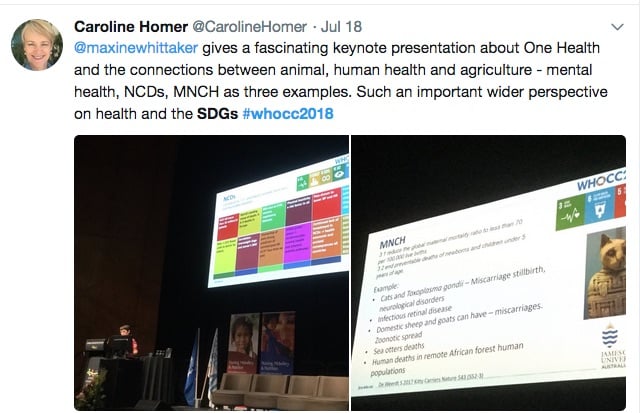 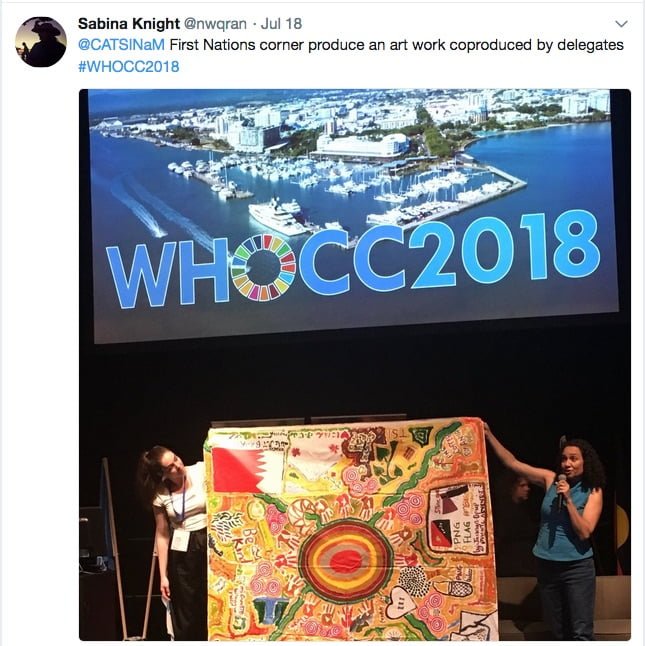 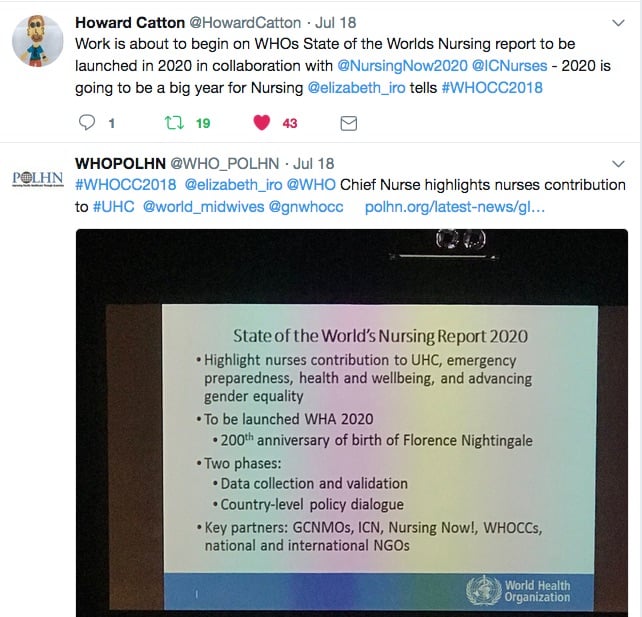 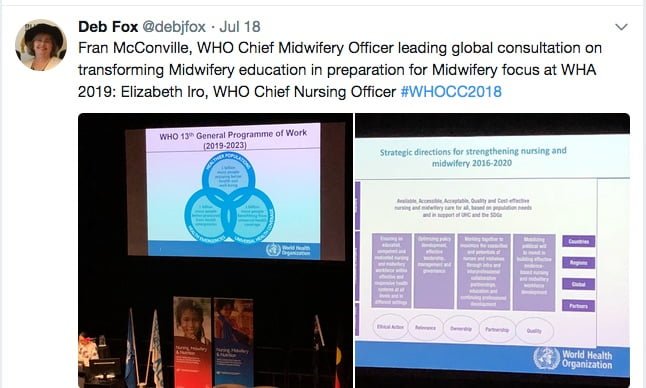 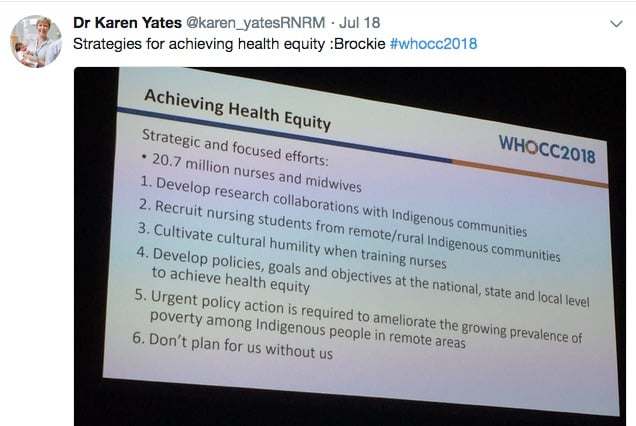 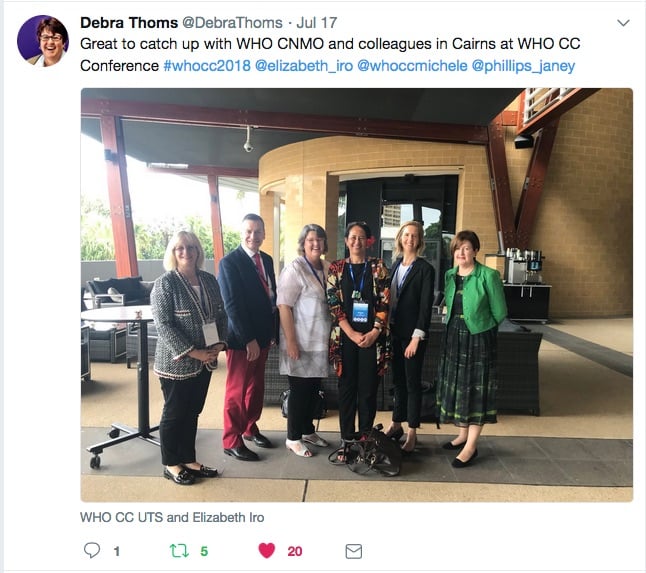 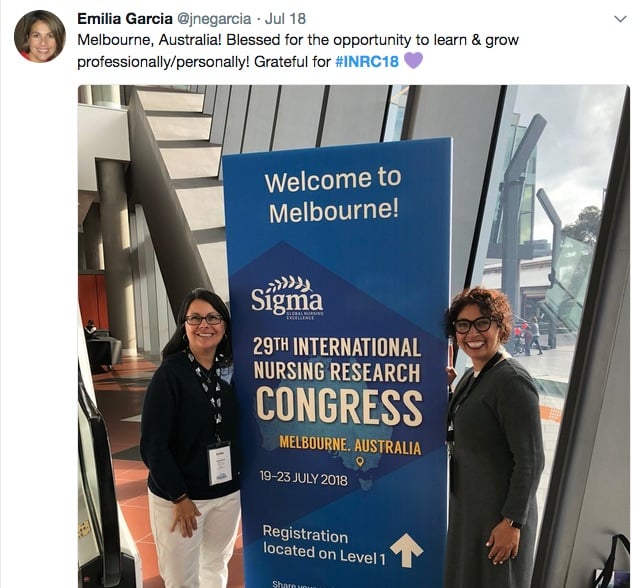 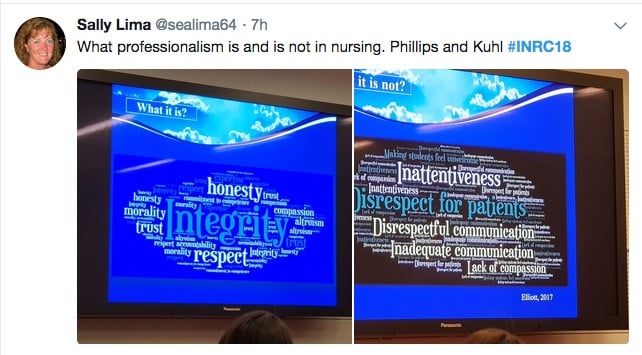 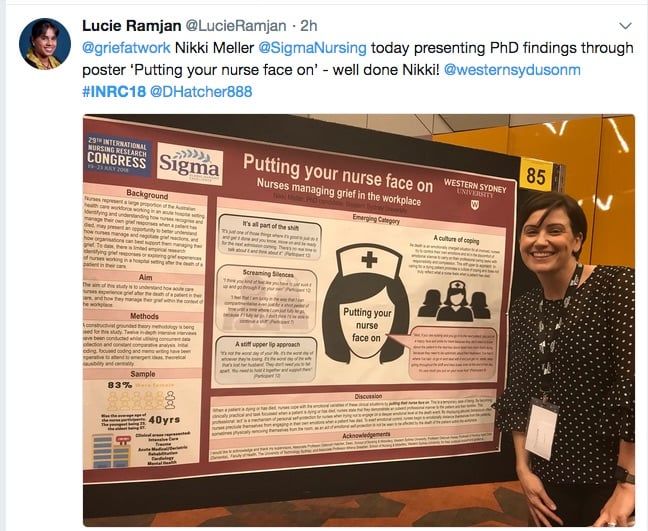 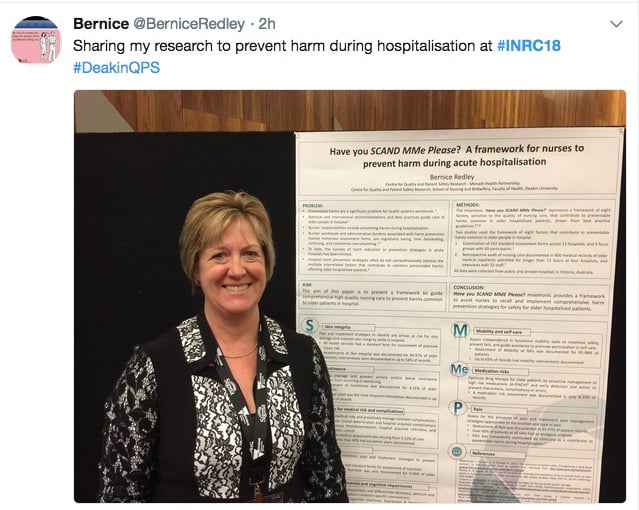 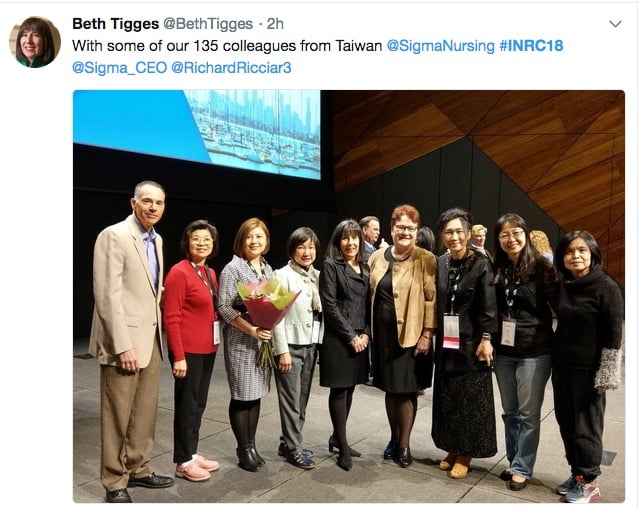 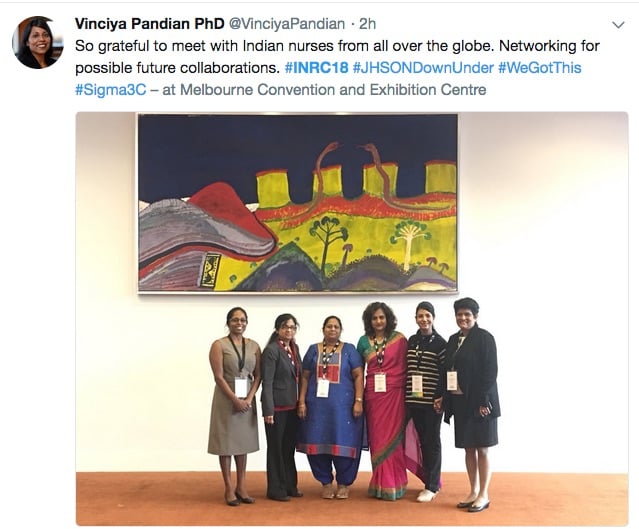 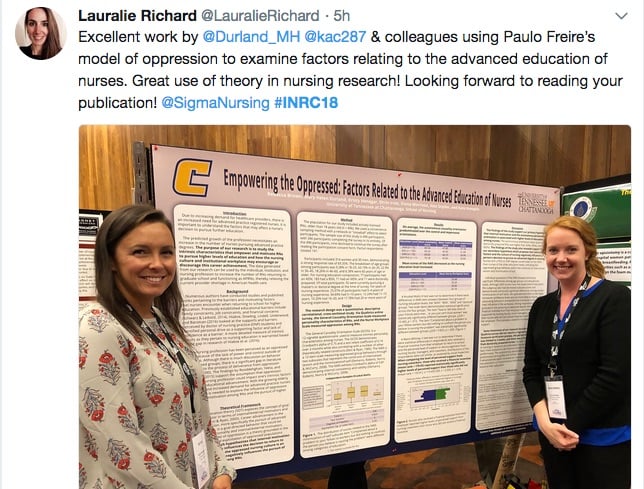 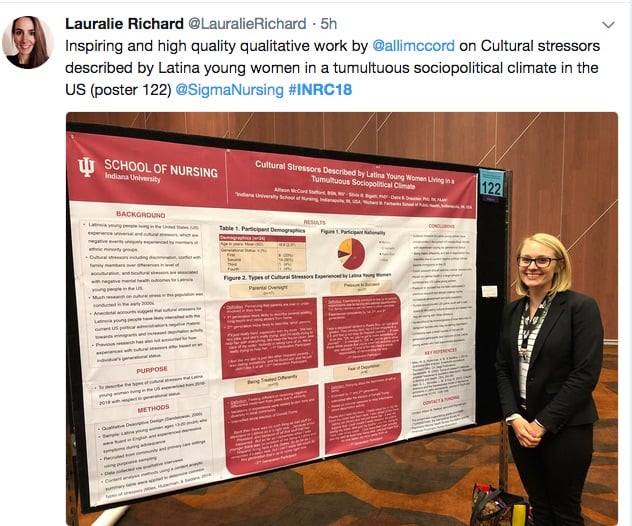 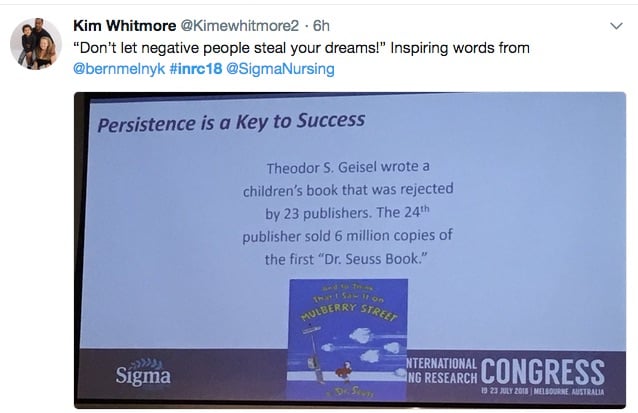 Philip Darbyshire’s presentation appears to have underscored some of the concerns raised in the article above by Debra Cerasa. 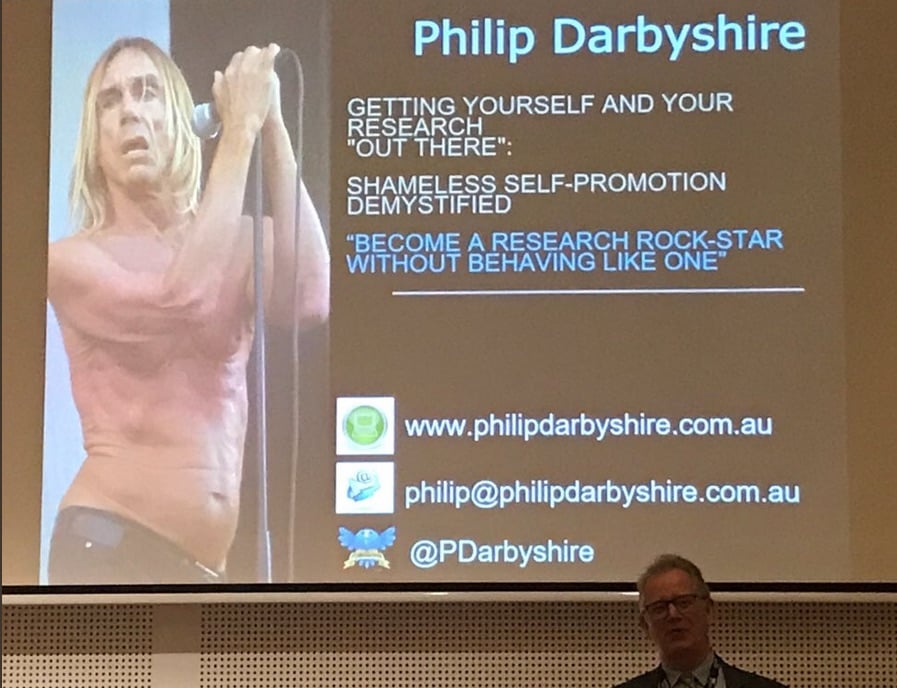 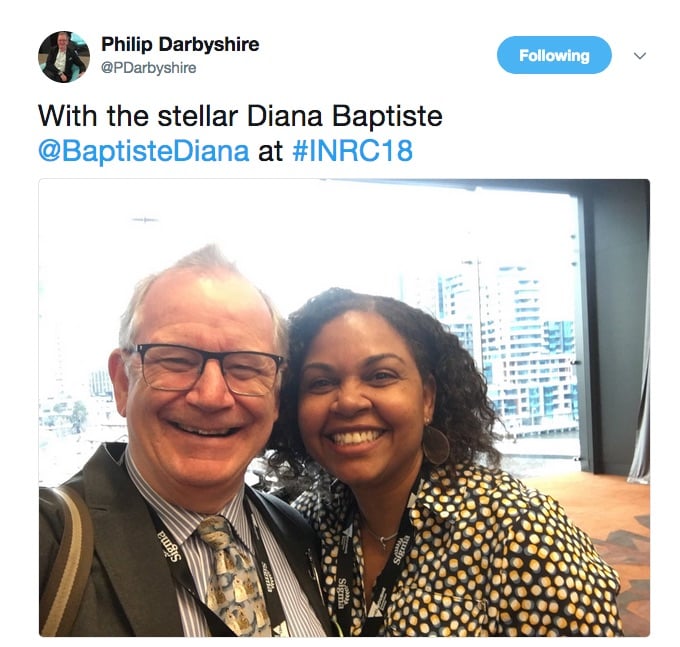 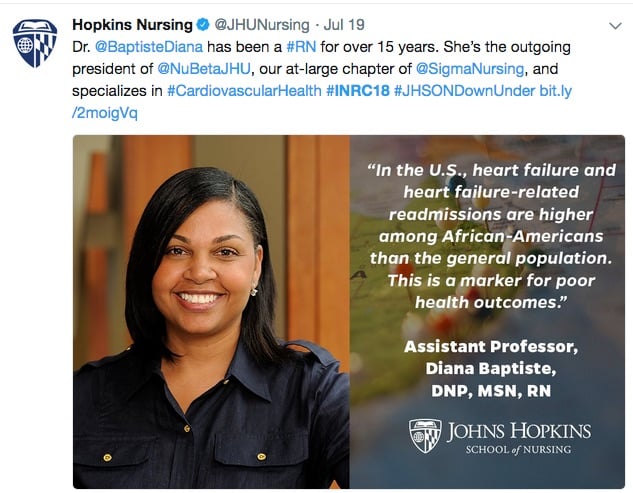 PrevPreviousOn a walk through Burgundy, there is time for getting lost and also found
NextThe future of work: risk, opportunity and moreNext