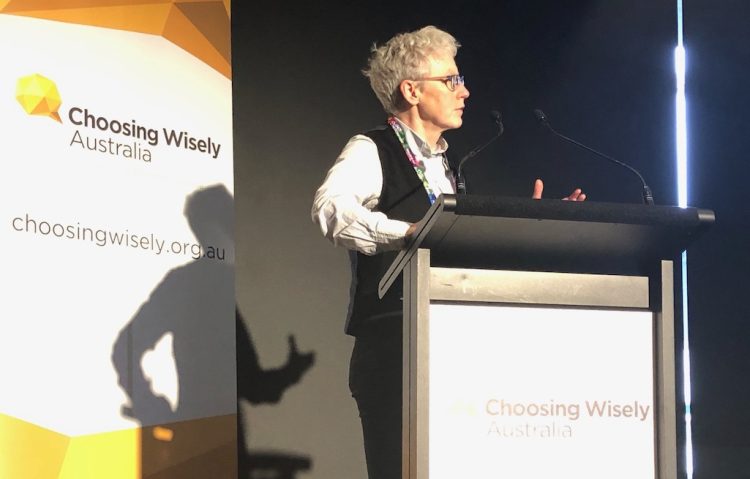 On the power of poetic praxiology, and seven principles of change in complex systems

Researchers and health reformers have been urged to hone their skills in story-telling and to unlearn scientific teachings that do not value the power of narrative.

In arguing for the merits of detailed case narratives, Professor Trish Greenhalgh provided a case study in “poetic praxiology” during her keynote presentation to the recent Choosing Wisely Australia National Meeting in Melbourne.

A leading international health academic and practitioner has recommended seven principles for bringing about change in complex systems, and called for less reliance on “gold standards” like randomised controlled trials (RCTs) and more on “the power” of stories and relationships.

Professor Trish Greenhalgh, who is Professor of Primary Health Care Sciences at Oxford University, also urged GPs and others in primary care to join the Choosing Wisely campaign to reduce unnecessary and sometimes harmful tests, treatments and procedures, saying there is “huge potential” for overtreatment and overdiagnosis in primary care.

And she called for the wider health sector to “work actively” with the media to address fake news and unscientific debates in the wake of  developments like Brexit, which she said is now posing major implications for health and health care in the United Kingdom.

She told participants that science and academia have gone “a little bit overboard” on RCTs, long seen as gold standard building blocks for evidence-based medicine, though she admits she is only alive thanks to their efficacy.

“I’m a cancer survivor and I was treated with a package of treatment that had been tested in an RCT, so I’m not opposed to RCTs.”

Yes, they are a brilliant way, the best way, of eliminating most of the biases, and demonstrating that a is better than b under different conditions.

But if what we want to do is change what we do in the real world, they’re an absolute disaster of a methodology.”

Greenhalgh’s keynote address was about the challenges of spreading and scaling up change in complex systems, a big focus now for the Choosing Wisely movement in Australia as it looks to achieve greater scale and sustainability for the initiatives already undertaken in individual sites and services.

Her address included a detailed look at her ongoing (and as yet unpublished) work with The George Institute for Global Health in Sydney, which is evaluating its TORPEDO (Treatment of Cardiovascular Risk using Electronic Decision Support) that involved the Health Tracker app for GPs.

While it “wasn’t a disaster by any means”, Greenhalgh said there were lessons to be learnt from an initiative that followed so many of the recognised processes but saw “patchy uptake” by clinicians and no documented change in patient outcomes. 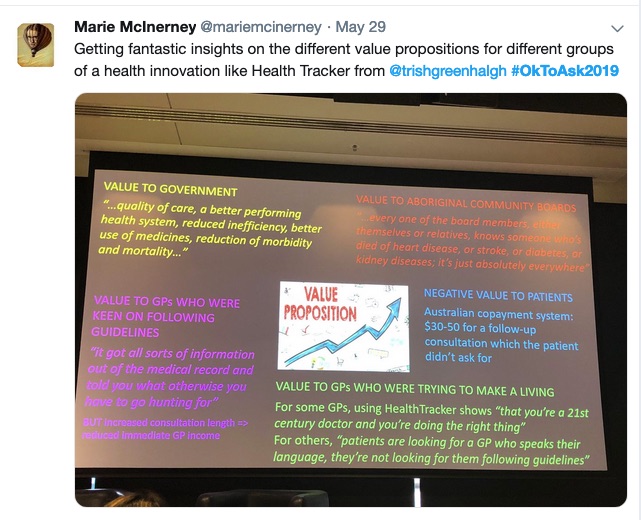 Greenhalgh has led work in this area, co-developing the so-called NASSS framework, to provide “an evidence-based, theory-informed, and pragmatic framework to help predict and evaluate the success of a technology-supported health or social care program”.

It was developed in response to evidence that many promising technological innovations in health and social care are not adopted, are abandoned, or fail in attempts to scale them up or spread them.

In her keynote, she applied to the TORPEDO project three different theoretical lenses on change that she and co-author Vhrysanthi Papoutsi outlined in detail in an article published last month in the BMJ (and summarised in the slide below): 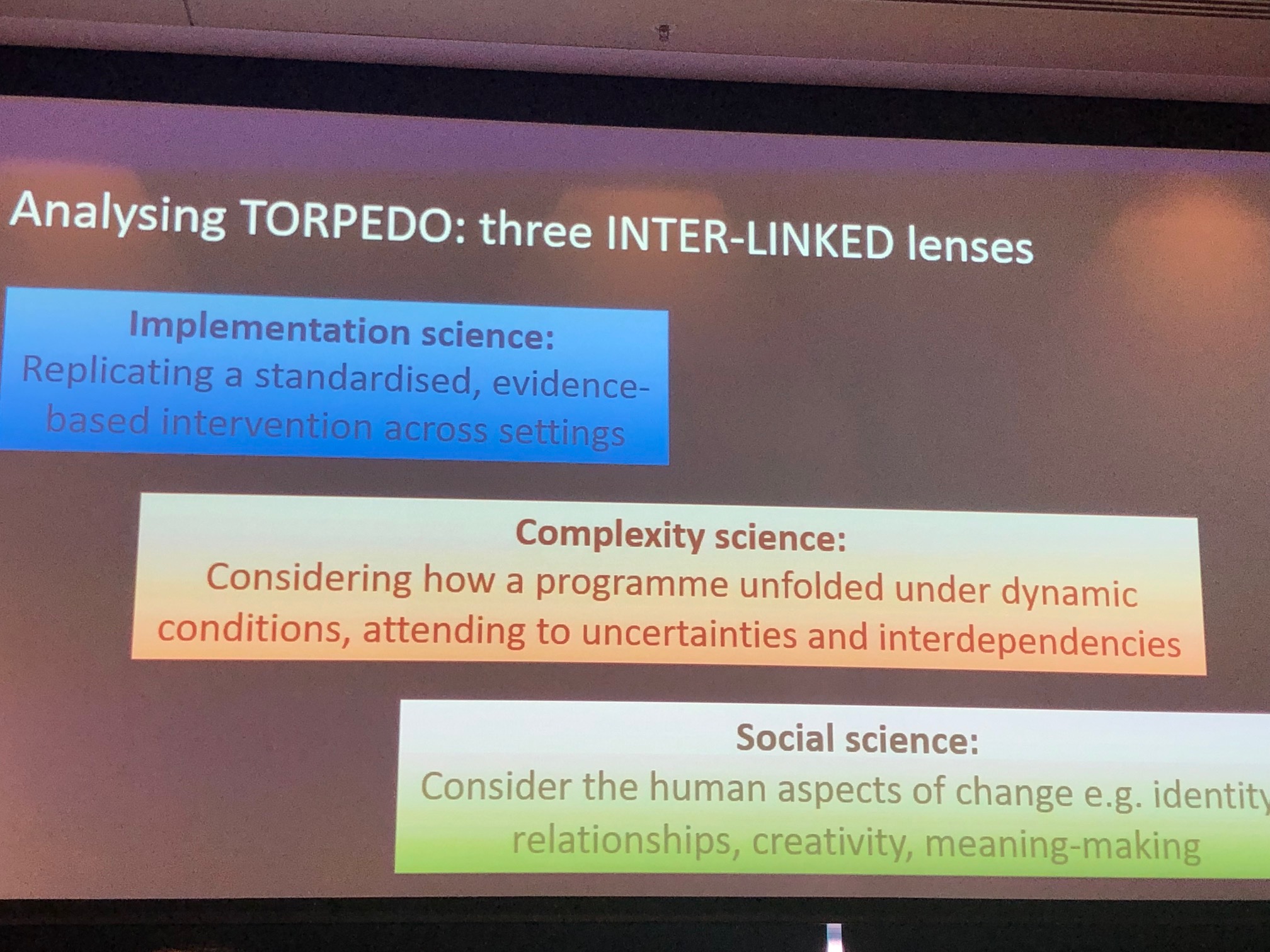 The tricky part, she said, is that it is not really possible to carve up projects or innovations and apply just one of the lenses to implementation or evaluation.

The point is, analytically, we can separate these things out but when you’re looking at a big program, trying to implement a change, you’re probably looking through all of these lenses and probably more.

Where on earth do you start, for example, with climate change?”

Looking to offer solutions in the absence of a “blueprint” for change, Greenhalgh recommended seven useful principles to adopt when planning major change programs in conditions of complexity (they are  discussed in more depth in the BMJ article).

Some, she said, have been identified by other researchers:

She and Papoutsi had added three more:

Asked to summarise her key messages, Greenhalgh said “we need to develop the capacity of individuals to make judgments and use their common sense, to tinker with things, adapt things locally, use their imagination, use creativity, ‘sense make’, to get together and talk about the issues and muddle through with solutions”.

“These are not very formulaic and they don’t sound very scientific but, actually, when you’re working in a complex system, they’re very important.” 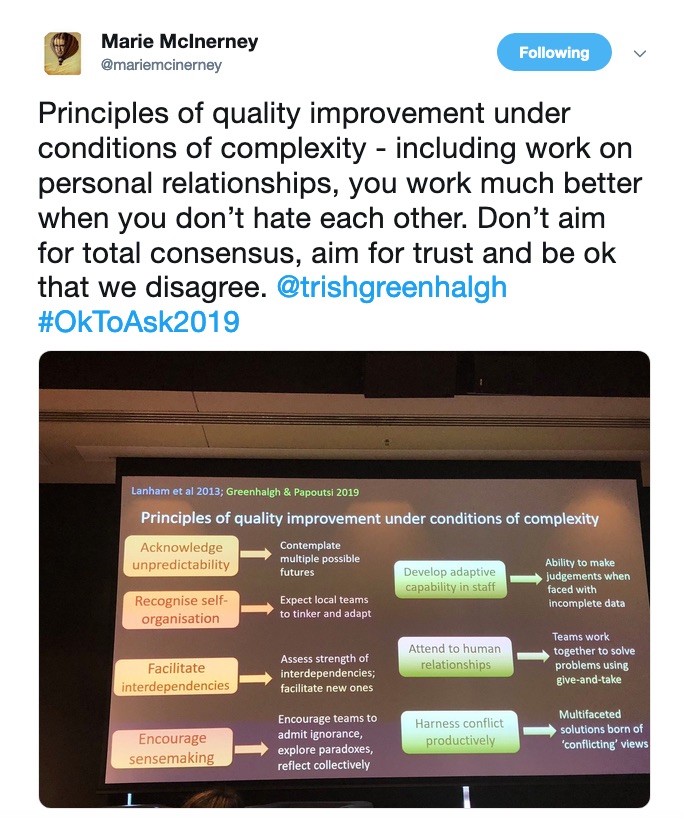 Greenhalgh also gave a shout out to Greek organisation theorist Haridimos Tsoukas, whose message is “don’t simplify, complexify” and that “rich narratives allow us to learn by understanding the particular for its own sake rather than as an example of something”.

She said one of his key requirements for writing good accounts of quality improvement or change management is “poetic praxiology” which she interpreted as: “Use good terminology, use metaphors, use imagery to bring it to light – don’t be boring!”.

That too was part of what she wanted Choosing Wisely participants to take away from her address, the need to “tell the story – and in rich detail!” 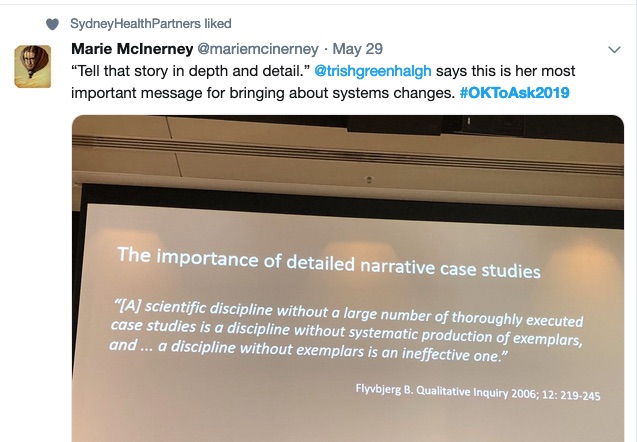 It’s an approach she’s famously taken, challenging the “spurious hierarchy of systematic over narrative reviews” in both her research and the way she presents her work

That’s included her article published last year in the Journal of Evaluation in Clinical Practice titled: Of lamp posts, keys, and fabled drunkards: A perspectival tale of four guidelines.

In it she examines the tension – “both philosophical and practical” – between the average result from a population study and the circumstances and needs of an individual patient via her own personal account of “evidence-based” trauma care.

A keen athlete, Greenhalgh told how she had suffered major fractures and other injuries in a  high-impact bike accident but, aged 55 at the time, found herself “prematurely assigned to the script of ‘older person with fall’” narrative in her diagnosis and treatment.

Her team has just won a grant from the UK Medical Research Council to look at the narrative case study as a legitimate form of research, and she told Croakey that she doesn’t buy the idea that it’s difficult for scientists or other researchers to tell a strong story.

“I think one of the problems is that when we are trained as scientists and academics, we get trained out of the habit of telling stories,” she said.

Telling stories is much easier than that, she said, urging academics and scientists to “regain our confidence in the richly described case narrative”.

Stories have characters, they have plots, they have unfolding action, stories are image rich, they’re emotionally laden, they’re the sorts of things that really kind of hook you in.

I think you need to unlearn all that training, that says ‘no, no, it’s unscientific’.

The Choosing Wisely conference showcased a range of initiatives in Australia from tailoring the use of opioids on discharge from hospital and better urine sample collection for young pre-continent children to the first state government-funded “scale-up” of Choosing Wisely in Victoria.

Throughout the day Greenhalgh commented on or asked questions about presentations and posters, and later told Croakey she had been “inspired” by what was happening in Australia.

However, she said that, as a GP with more than 30 years’ experience, she had both observed and been told of a significant gap in Choosing Wisely take-up.

So far, the strongest work was happening in hospitals, despite there being plenty of room for improvement in primary care, where “there is huge potential for over-investigating and over-treating those patients and perhaps over-applying some formulaic approaches”, she said.

Greenhalgh said the primary care sector had been “pivotal” in the rollout of Choosing Wisely in the UK, and she hoped GPs would become more engaged in this movement for change in Australia.

In an interview with Croakey, Greenhalgh also warned about the implications to health and health care of “oversimplifying” important public debates and of “fake news”.

She said Brexit, the decision for the UK to leave the European Union, was “a great example of a highly complex issue that has been oversimplified by politicians, the press and by the voting public” into a binary question that was now threatening serious health consequences.

Her comments came the day after Boris Johnson, the frontrunner in the Tory leadership contest in the UK, was summoned to court to face accusations of misconduct in public office over claims that he lied by saying Britain gave £350 million a week to the European Union.

“How that (case) is going to play out, we don’t know, but there was certainly evidence of, should we say, politicians being economic with the truth,” Greenhalgh said.

Asked whether health advocates should have done more to highlight health concerns with Brexit, Greenshalgh said other regions could learn from the Africa Watch website run by investigative journalists to promote accuracy and honesty in public debate.

Its work on challenging misinformation had been raised by fellow panelists at the 2017 Global Evidence Summit  she attended in a session on “evidence-based practice in an era of fake news”.

“I can open up The Lancet and find you plenty of evidence that not vaccinating one’s children is usually a bad idea, but most of the lay public don’t read The Lancet – how do they interpret a claim by, for example, a politician or a leading celebrity…

“I think we should be working actively with journalists and the press because many of them are responsible. We need to make sure we’re working in partnership, rather than in an adversarial relationship with the press,” she said.

Amongst other things, Greenhalgh discusses structural problems with general practice in Australia. 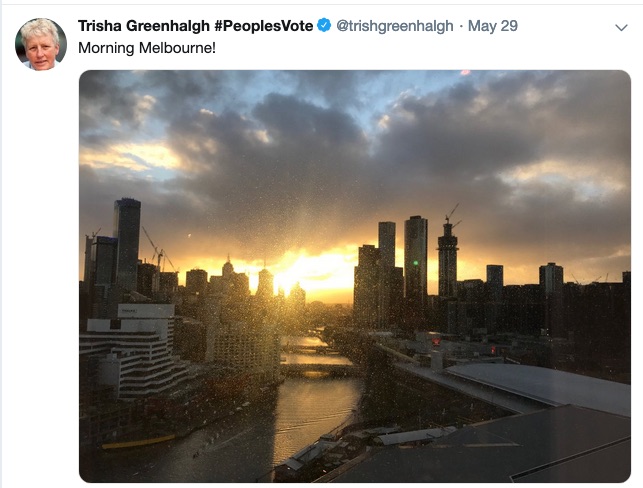 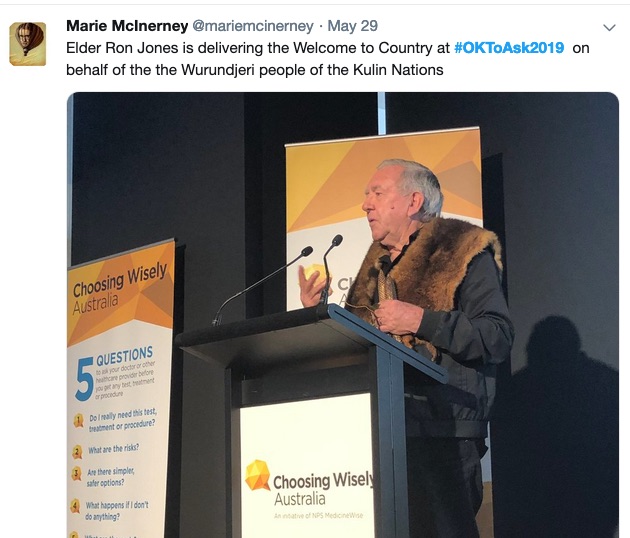 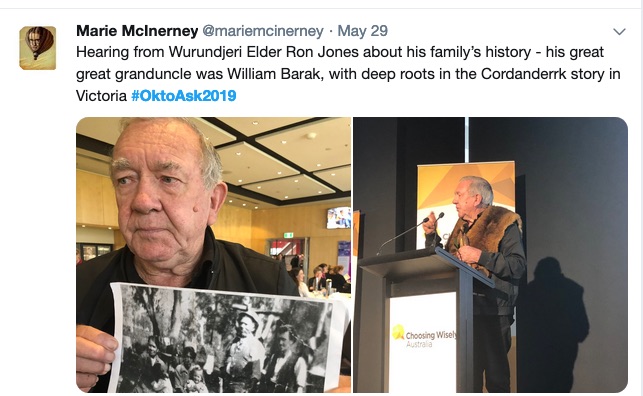 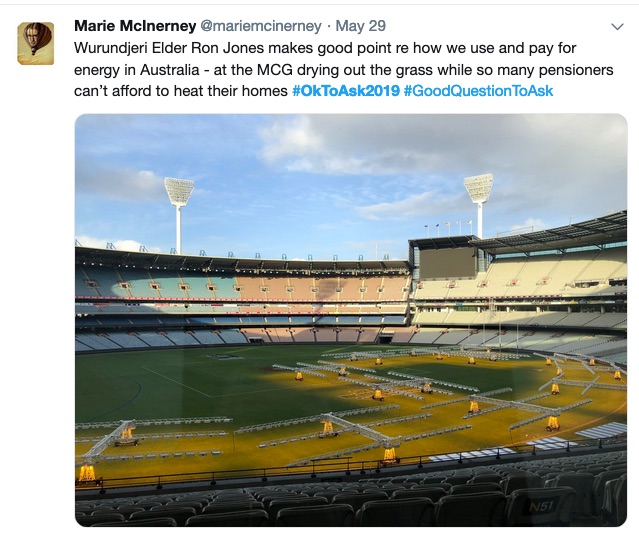 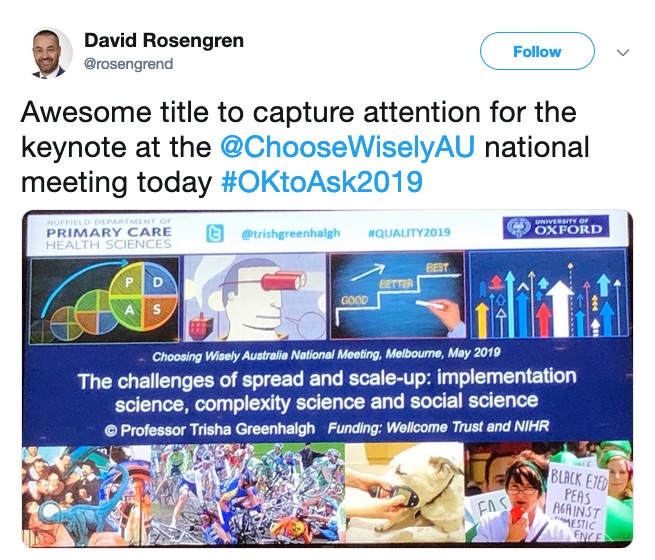 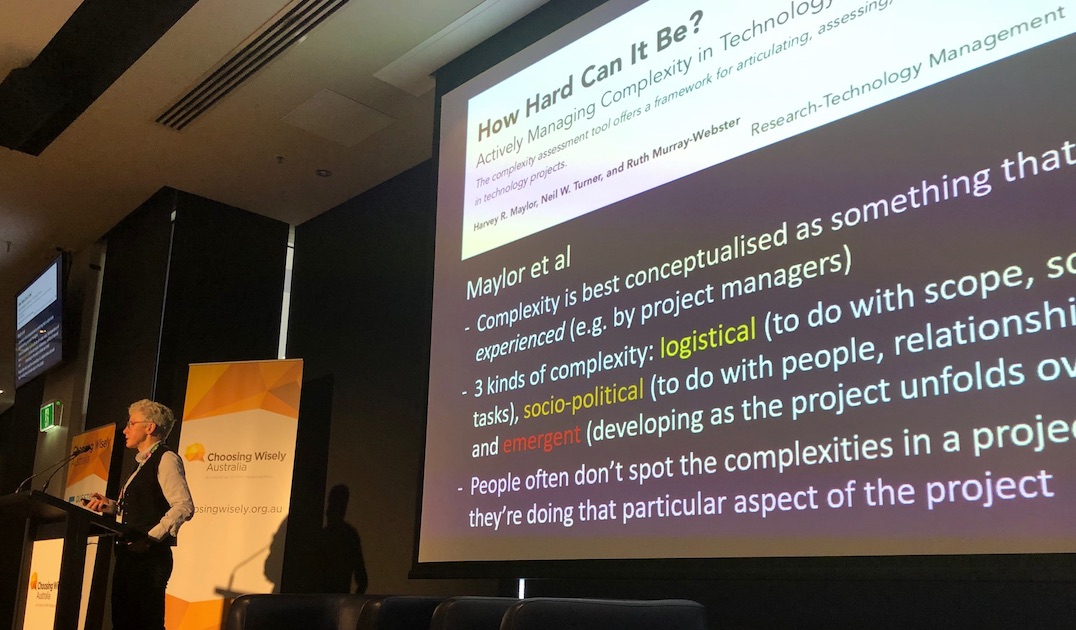 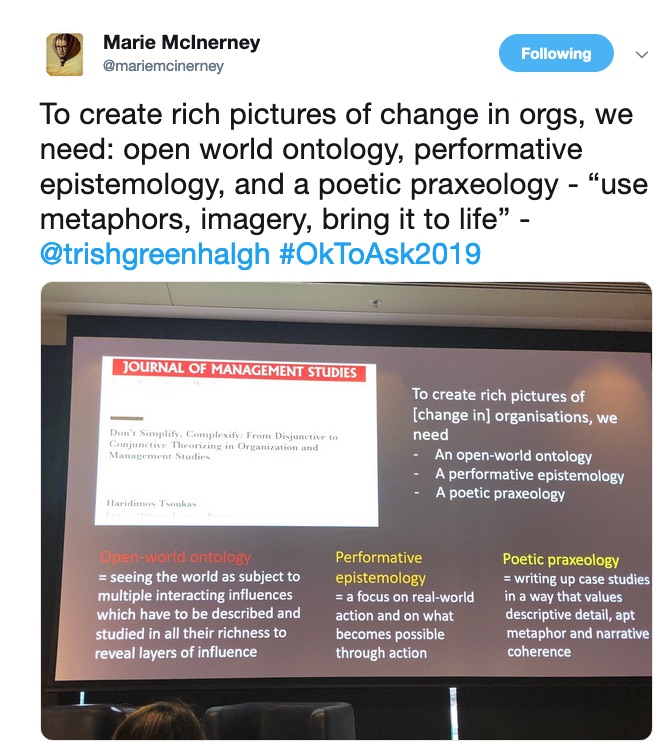 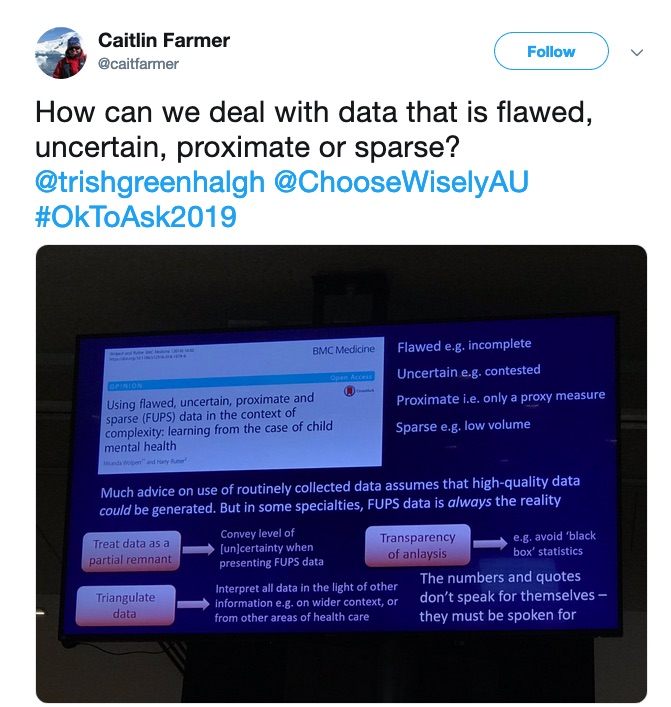 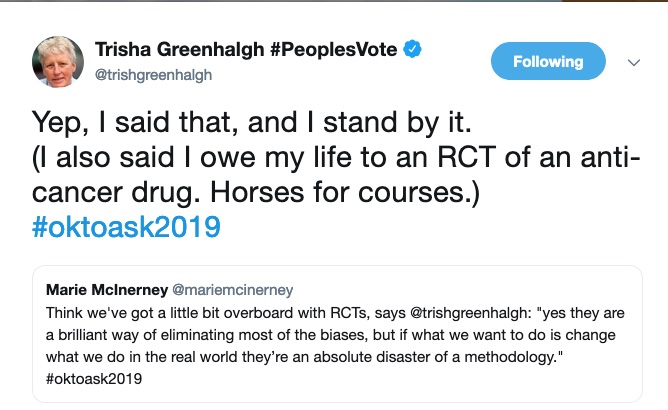 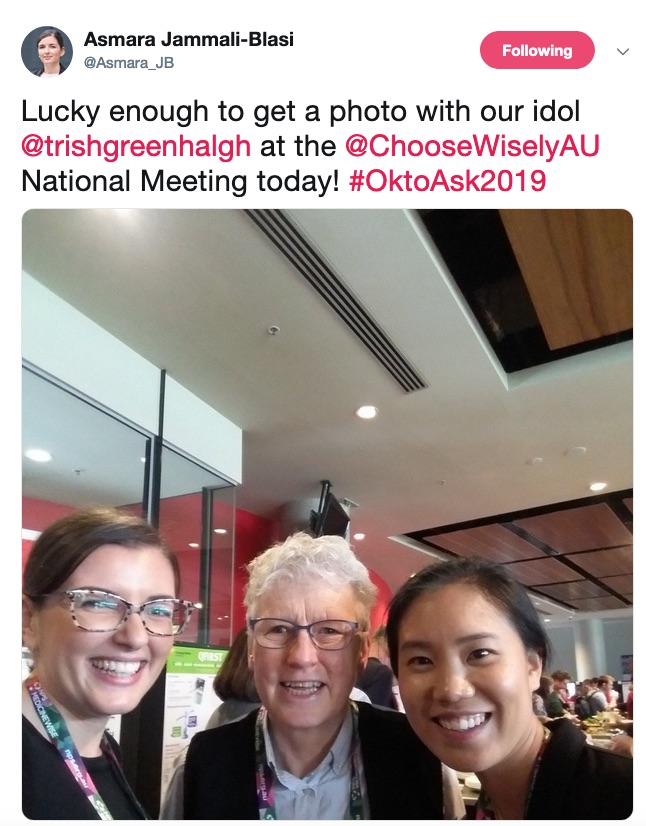 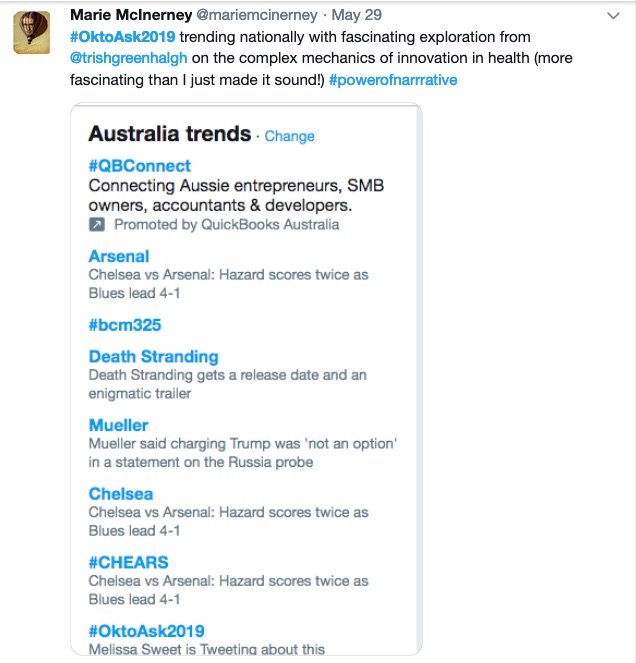 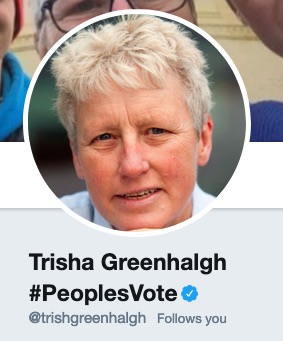 Bookmark this link to follow our stories from #OkToAsk2019