As regular Croakey readers may know, I come out in hives when people start invoking warnings of a “Nanny State”.

Often those waving the Nanny flag have some vested interest in flogging illness-producing products, like cigarettes, alcohol or junk food.

Entirely predictably, the tobacco industry has trotted out Nanny as part of its campaign against plain packaging. Here is Tobacco Nanny, if you haven’t already had the pleasure… 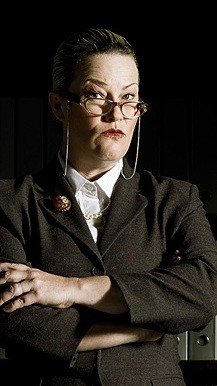 Meanwhile, the Parliamentary Library’s FlagPost blog has provided a wider framework for analysing Nanny and Co.

Is it really as simple as Nanny versus individual choice?

In recent times, a number of Australian Government policy initiatives have been criticised as ‘nanny state’ or ‘paternalist’ policies.

Describing policies in this way resonates with concerns held by many that there should be limits to the extent to which governments should protect people from the consequences of their choices.

But are there circumstances in which some help from ‘nanny’ can be justified?

This week the tobacco industry launched a nation-wide media campaign in an attempt to stop the Government introducing plain packaging for all tobacco products sold in Australia.

The industry has based its campaign around the idea that the policy is a ‘nanny state’ measure. The campaign has been based around the argument that by requiring the removal of tobacco-industry branding and trademarks, the Government is effectively treating Australians as though they were children, incapable of making their own decisions about whether or not to smoke.

Similar arguments have been made with regard to the Government’s plan to introduce a mandatory pre-commitment scheme for poker machines.

Senator Cory Bernardi, for example, has dubbed the plan ‘nanny state nonsense’, criticising it on the grounds that it treats all Australians as though they were unable to control their gambling impulses. Senator Bernardi goes on to emphasise that policies that involve individuals devolving their personal responsibility to the state should be ‘resisted at almost any cost’.

However, despite this type of criticism, very few people argue that the state has no role to play in restricting the choices of individual citizens in certain areas for their own good.

What then should be the parameters of the nanny state? When is paternalism justified and when does it cross the line?

We considered these issues in a recent Parliamentary Library Research Paper on paternalism in social policy.

The starting position of the paper was that, in liberal-democratic societies, there continues to be a strong presumption against paternalist policies based on the principle that individuals are the best judge of their own interests. People are committed to the idea that they have a right to make choices for themselves.

Critics of paternalism also argue that it is ultimately counterproductive because it leads to dependence on governments and diminishes self-reliance. Critics also point to instances of paternalism ‘gone wrong’—where the state has intervened with the best of intentions but sometimes with significant negative unintended consequences (see James Scott’s Seeing like a state, for example).

Nevertheless, as public policy academic Bills New has suggested*, while it is difficult for many people in liberal societies to accept paternalism in principle, it is ‘equally difficult to avoid in practice’. All but the most dogmatic adherents to libertarian or choice theories recognise the inevitability, and in some cases, the potential benefits of paternalist interventions on the part of the state.

This leads to a dilemma: how can governments meet their obligations to ensure the welfare of citizens without interfering in people’s choices?

Political philosopher, Robert Goodin’s **way through this dilemma is to say that paternalism can be justified if it is consistent with a person’s own deeper values, objectives or choices. According to this approach, paternalism can be about helping people to address failures (for example, failures of reasoning or weakness of will) that prevent them from acting in their own best interests.

Goodin identifies various conditions under which he considers that paternalism can be justified. First, he says that the state should only intervene in instances where (a) high-stakes decisions are involved and/or (b) where decisions are more or less irreversible. Goodin cites, as an example, the decision to begin taking addictive drugs.

Second, Goodin says that several requirements must be met if people’s choices are not to be respected, and state interference considered justifiable. As Goodin sees it, paternalism is only justifiable in instances where public officials better respect a person’s own preferences than the person might have done through his or her own actions or choices. This means that public officials should not interfere with people’s choices if they are convinced that people are acting in accordance with their actual preferences.

As another example, Goodin suggests that people have ‘preferred preferences’—preferences that, despite their making different, contradictory or opposing choices, they would actually rather prioritise. For example, a smoker may want to quit smoking but experiences great difficulty in doing so (many smokers are in precisely this position).

Where public policies help people to realise their preferred preferences (through, for example, making it more expensive or inconvenient for people to smoke), then such policies cannot be said to be paternalistic in a morally unjustifiable sense. As Goodin observes, ‘in helping them to implement their own preferred preferences, we are only respecting people’s own priorities’.

In instances such as these where some of a person’s preferences clearly deserve precedence over others, there may be a case for paternalism. Paternalism may or may not be justifiable against such criteria and it remains a matter for debate whether or not a given intervention is justified merely by satisfying such criteria. However, the point is that it is not enough to argue against a given intervention simply on the grounds that it is a nanny state measure or paternalistic.

Nanny state arguments highlight the concerns of many in liberal-democratic societies that states should not place undue restraints on individual freedoms.

However, Goodin’s approach illustrates that the formation of choices can be a far more complex act than is generally supposed and that there may be instances in which nanny’s interference can be warranted in terms of helping a person to achieve that which they truly value.