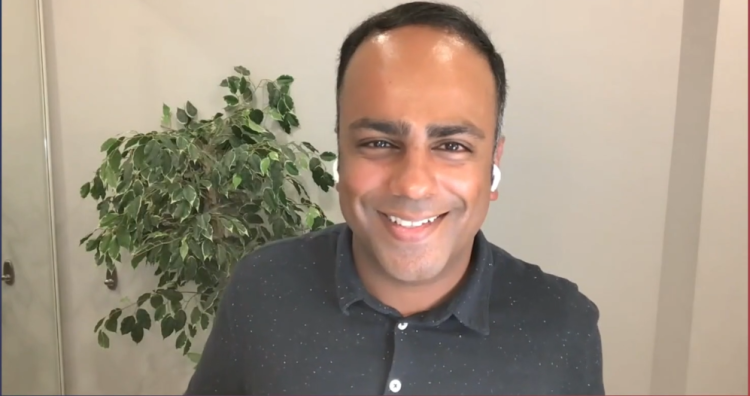 Introduction by Croakey: The 2021 Oceanic Palliative Care Conference opened today with a rousing call for palliative care professionals and services to fight racism and other injustices in their sector and the broader health system and to put equity at the heart of their work.

It came from Dr Naheed Dosani, a health justice advocate and founder of a mobile palliative care service for the homeless in Toronto, who delivered the opening plenary session of the three-day online conference, which has attracted more than 1,000 delegates.

The conference also heard a rallying cry for political action from British political health economist Associate Professor Robert Yates, saying the National Health Service had been born amid the devastation of post-World War Two, showing that, “at times of great crisis”, leaders can turn to transformational health reform, particularly among growing awareness of structural gaps and failures.

Opening the event amid ongoing COVID-19 lockdowns in New South Wales, Melbourne and the Australian Capital Territory, the chair of Palliative Care Australia, Professor Meera Agar, said the pandemic had “had a devastating impact on the way we work, even the circumstances in the way we die”.

It’s “the defining moment in our lives,” she told delegates.

Linda Doherty reports below for the Croakey Conference News Service from the first day of the conference, with ten takeaways also via Twitter from Croakey columnist Alison Barrett, who has been live tweeting at @CroakeyNews from multiple sessions.

Palliative care services and professionals must “get political” and address structural barriers to end of life care like racism, transphobia and colonialism to improve access for communities that are marginalised, according to leading Canadian palliative care physician Dr Naheed Dosani.

Dosani told the Oceanic Palliative Care Conference 2021 that more focus was needed in palliative care on equity and the impact of the social determinants of health – such as income, gender, employment, housing and education – which accounted for 60 per cent of what made people sick.

Inequities in the social determinants of health led to poorer health outcomes, including poor mental health and shortened life expectancy, and were caused by “racism, sexism, transphobia, xenophobia, classism, colonialism, ableism, capitalism and imperialism”, he said in the opening keynote address from his home in Toronto.

“We can create health justice through an equitable approach to palliative care. Death is a social justice issue,” he said.

“Getting political is in your lane,” Dosani told delegates, urging them to put equity at the centre of service provision.

Don’t listen to people who say it’s not in your lane. What does that mean exactly when we consider there’s an entire population of people who don’t have adequate access to palliative care because of factors like income and racism? Do we really have a choice to not get political?”

The “dual vulnerability” of a life-limiting illness and poverty was evident across the world, and, he said, saw homelessness cut life spans in half.

Dosani outlined the scale of homelessness in Australia, where around 116,000 people are reported as homeless on any given night. Aboriginal and Torres Strait Islander people were 14 times more likely to become homeless than non-Indigenous Australians.

Yet there was no Australian data on the number of people who died while homeless, or if their deaths were premature or preventable, Dosani said.

“What we’ve learnt in Canada is that for every [homeless] person in a shelter there’s another 23 we don’t see,” he said. 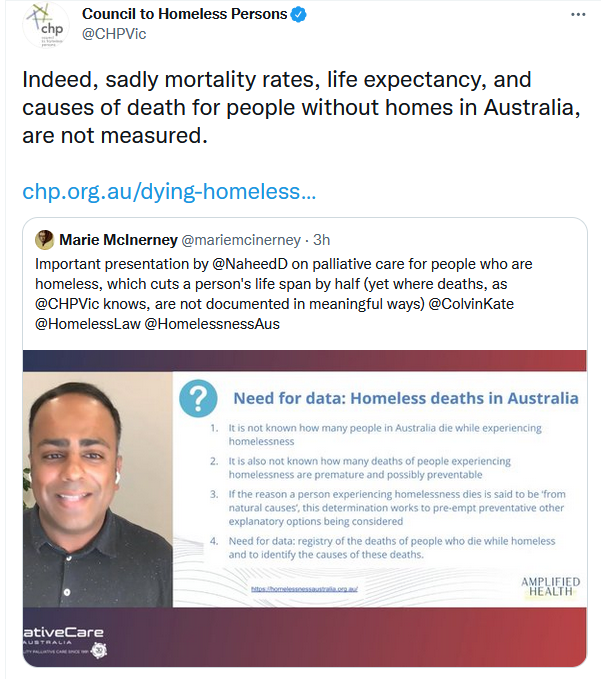 Dosani was a resident doctor training at a homeless shelter in Toronto when he met Terry, a homeless man in his early 30s with terminal cancer, mental health and addiction issues. He worked on a pain management plan to give Terry comfort in his final stage of life but returned to the shelter to find that he had “fallen through the cracks” of the healthcare system and died of an overdose on the street.

Profoundly affected by Terry’s death, Dosani completed his final year of medical training as a palliative care physician and founded PEACH (Palliative Care And Care for the Homeless) in 2014. It began with just him, “a street nurse and a Honda Civic”, providing outreach to homeless people “where they are”, on the street, in parks, under bridges, in shelters and boarding houses.

(Watch this rap from Dosani on his early work in palliative care for people who are homeless).

PEACH is now funded by Ontario’s Ministry of Health and brings housing, mental health and healthcare professionals together to provide community-based mobile and hospice palliative care to Toronto’s most vulnerable.

With a caseload of 130 people at any one time, the service takes a human rights-centred approach and advocates harm minimisation against a backdrop of rising opioid overdose deaths in Canada.

The model of care has been replicated in cities around the world and led to the development of Journey Home Hospice, Toronto’s first hospice for people experiencing homelessness.

Almost two-thirds of clients did not need to access hospitals before their deaths, reducing healthcare costs; 83 percent were reconnected with family and friends; and 80 per cent died at a place of their choosing, whether that was “a fancy hospice, drop-in respite, rooming house, and we worked to make that possible”.

Dosani, who holds faculty appointments at the University of Toronto, University of Ontario and McMaster University, is the son of refugees who fled war-torn Uganda in the 1970s.

He was also medical director for a COVID-19 Isolation/Homeless Program in the Greater Toronto municipality of Peel, one of Canada’s regions hit hardest by the pandemic in 2020.

The  pandemic had put homeless communities around the world at greater risk of symptomatic infection and mortality and in Canada had resulted in further isolation and marginalisation, encampments, and “the criminalisation of poverty”, he said.

“Pandemics are like guided missiles,” Dosai wrote in April in the Ontario Medical Review.

They target the most vulnerable. The disproportionate effects of COVID-19 on three groups – racialised communities, essential workers and people who experience homelessness – are all textbook examples of its devastating impact.”

In Toronto, Black, Indigenous and People of Colour (BIPOC) comprise 52 percent of the population but accounted for 83 percent of COVID-19 cases in the first wave in 2020.

“Those numbers are shocking but not surprising. Many members of racialised communities face routine disadvantages and our institutions often perpetuate them at a systemic level,” Dosani wrote.

Dosani said that overt and covert racism was endemic in palliative care – and in healthcare in general – where women of colour in Canada would do their hair or make-up before presenting to emergency departments “because otherwise they won’t be treated appropriately from a pain perspective”.

A national controversy emerged in Canada in late 2020 when a 37-year-old Atikamekw woman streamed on Facebook Live the racial slurs being thrown at her by staff as she lay dying.

“Racism is a public health emergency,” Dosani said, observing that Canada and Australia “share similar journeys when it comes to reconciliation, truth and proper representation and understanding of our Indigenous communities”.

“We have a bloodstained colonial past and I know there are a lot of discussions similar to this happening in Australia because racism is very real at a superficial level, but it’s systemic racism in healthcare that’s very real, too.”

Dosani urged delegates at the Oceanic Palliative Care Conference to increase their advocacy for palliative care for marginalised communities at any level, from speaking up within local networks to lobbying government policymakers.

“Your advocacy may look different to mine but we need to harness our collective power and improve palliative care access for people experiencing structural vulnerability,” he said. “It’s not just about clinical care, it’s also about advocacy.”

Yates, the Executive Director of the Centre for Universal Health at Chatham House in London, said decisions on funding health services were inherently political, despite the overriding principles of scientific evidence and health economics.

“We in the palliative care movement need to recognise this and engage in the politics,” he said.

“We’ve seen in the pandemic here people in long-term residential care and hospices having a really tough time, denied access to their families in their final hours and people are getting really angry, and justifiably so,” he said.

But these were the types of inequities that should be exploited to argue for more funding for palliative care, he said. While health systems around the world were reeling from the impact of COVID-19, there was also an “opportunity for radical change” to improve fairness and equity, as the UK had seen in the post-World War Two creation of the National Health Service. 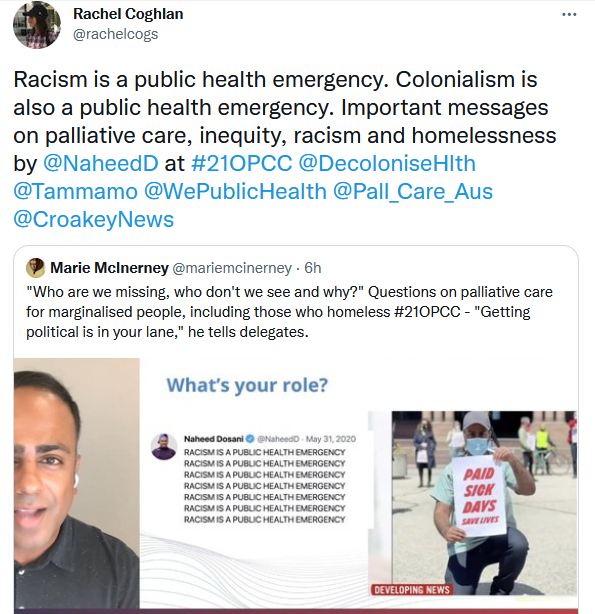 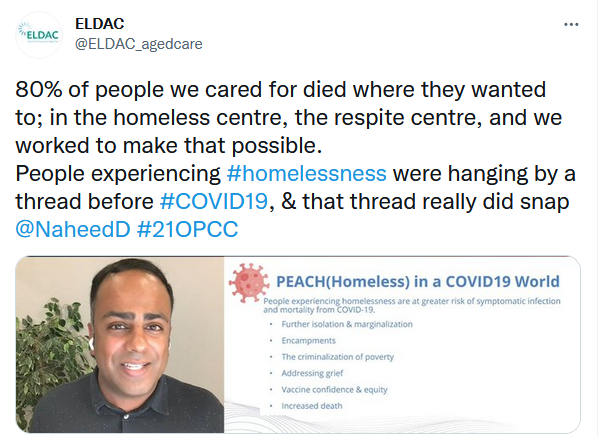 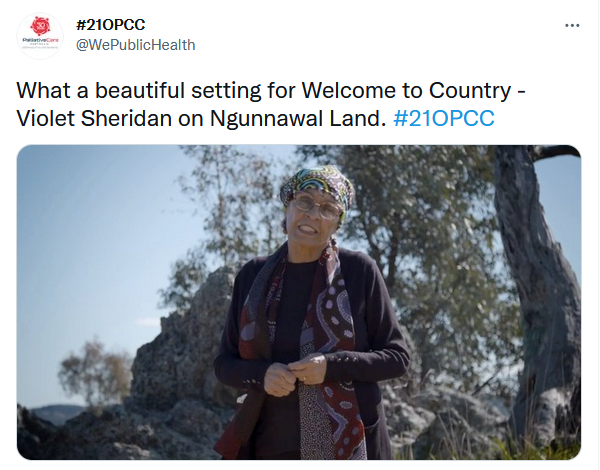 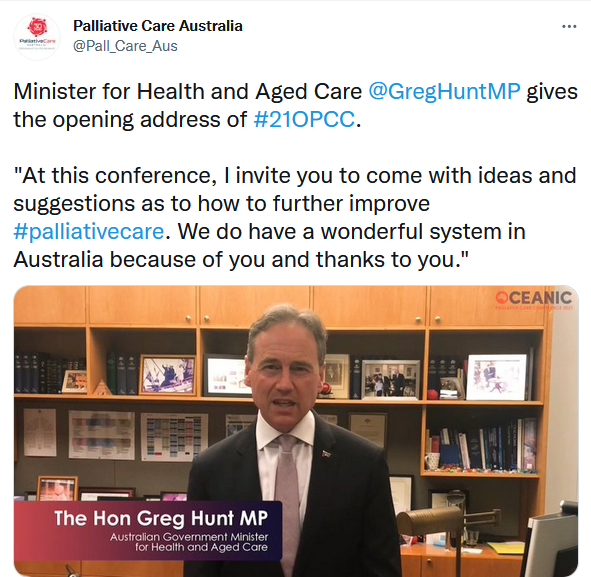 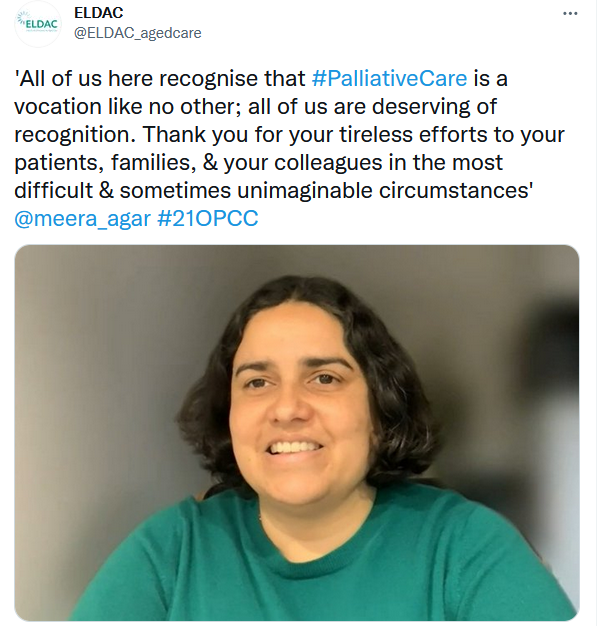 See this selection of tweets from Croakey contributor Alison Barrett, who is live-tweeting #21OPCC at @CroakeyNews.

Check out these Twitter threads from multiple sessions at #21OPCC from Alison Barrett at @CroakeyNews:

Workshop on end of life law for clinicians: read here

See our coverage of Palliative Care Australia’s conferences in 2017 and 2013.

PrevPreviousEpidemiologists join global fight against “fake news”
NextHigh Court rules media are liable for Facebook comments on their stories. Here’s what that means for your favourite Facebook pagesNext