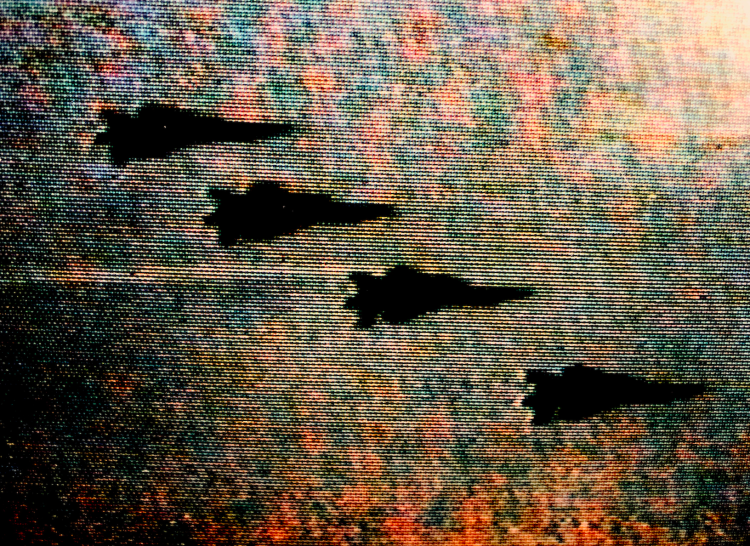 Introduction by Croakey: A former Federal Liberal Health Minister and eminent public health advocate, Emeritus Professor Peter Baume, is among signatories to a recent open letter to the Prime Minister calling for Parliamentary oversight of decisions to take Australia into international armed conflict.

The letter is part of an ongoing campaign by Australians for War Powers Reform to end the current “opaque process” whereby decisions to send Australian troops to war are made by the Prime Minister, either acting alone or with small numbers of Cabinet members.

Other signatories to the letter, released amid widespread concern about senior officials and politicians banging the drums of war with China, include Richard Butler, a former ambassador to the United Nations and Chief UN weapons inspector in Iraq, Dr Helen Caldicott, Founding President of Physicians for Social Responsibility, and Dr Tilman Ruff, Co-President, International Physicians for the Prevention of Nuclear War.

Dr Sue Wareham, President of the Medical Association for Prevention of War, who also signed the letter, writes below that health professionals and organisations should recognise that working for peace is foundational to preventative health agendas.

And she suggests that the prevention of armed conflict should be explicitly incorporated into medical and other health curricula.

Health professionals from every field recognise the obligation to prevent harm, and preserve the health and dignity of all human beings. As some Australians talk up the potential for a major war with China, how can we fulfil our professional responsibilities in the face of the large scale suffering that wars bring?

It can ruin lives on an even greater scale by destroying the things that we all need to survive, such as healthcare, clean water and sanitation, shelter, food, transport and communications, and by affecting the social and political determinants of health – sometimes for generations.

War is therefore a health issue and an issue where health professionals can play a key role.

Conventionally, the role of health workers in war is seen to be to respond – to provide emergency medical treatment, or ameliorate physical and psychological wounds, after a war has begun.

But, here as elsewhere, the age-old adage that prevention is better than cure applies, especially when the likely scale of suffering is immense, and possibly far beyond our capacity to respond. In those instances, there is no “cure”.

Preventing the harms of war, using our most basic professional ethics – service to all, regardless of race, nationality, creed, politics or any other factor – becomes our only option.

And yet lately we’ve heard from Australia’s leaders and others romanticising about past wars, magnified claims that become lies, geo-strategic analysis from war planners, techno-hype about the latest weaponry, but very little about people, our health and what a future war would really mean.

Imagine a “conventional” war (with no weapons of mass destruction) in our region.

Would Australia’s healthcare system cope with attacks on Australian territory? How many civilians and military personnel, on all sides of this future war, would be likely to die, and what sorts of injuries would the survivors suffer? How many people would be displaced, who would look after them, and what would happen to children? What rates of PTSD would be likely, especially as atrocities and grievous human rights violations accompany every war?

And what about the increasing anxiety on the part of Chinese Australians right now about what’s to come, as war talk feeds into xenophobia?

War in the nuclear age between military giants would carry an additional risk – the use of nuclear weapons, and the unprecedented human suffering that would follow.

China has approximately 350 nuclear weapons, and the US has 5,550. There would be no meaningful medical response, in any nation, to the use of these weapons. Despite our training and our advanced equipment, there would be almost nothing we could do in the aftermath of a nuclear attack on our country, or anywhere.

For all these reasons, the drums of war that have been beating recently to prepare us for a possible major war, with Australia assumed to be in our customary position of subservience to the US, become alarm bells – and calls to action – for health professionals.

War is not an inevitable force of human nature, but the result of decisions made.

Australia could take many concrete measures to promote peace and prevent the harms of war:

This is our principal means of avoiding armed conflict, and yet Australian funding for diplomacy has plummeted over the past quarter century, as military budgets skyrocket. (See chapter 5 in the 2020 Defence Strategic Review, which sets out plans for an average of $1 billion military spending every week for the rest of this decade).

A nation such as Australia that aims to be a top weapons exporter has little incentive to promote peace. Weapons sales to the Saudi-led coalition that is bombing Yemen are a particularly egregious example of profit trumping health.

The weapons industry helps fund some of the very institutions whose spokespeople are listened to by government on foreign policy. See, for example, here and here.

While China’s human rights record deserves strong condemnation, Australia’s also has much room for improvement. On military aggression, the US-led invasion of Iraq in 2003, which Australia joined, was one of the most destructive and destabilising acts in recent times. We must put our own house in order.

Aid is an effective way to build good international relations, but it was slashed yet again in last week’s budget. Australia’s total foreign aid budget of $4 billion is now less than one tenth of our defence budget of $44.6 billion.

The process for a PM to take Australia to war overseas is remarkably easy. Such a monumental decision should be subject to exhaustive scrutiny and debate in our parliament. You can take action here.

The TPNW is the only measure that’s leading us towards a nuclear weapons free world. It’s long since time for Australia to abandon the myth of “deterrence” with these most inhumane of all weapons, and join the Treaty. You can take action here.

There are many things that health professionals can do, such as promoting the above steps to their MPs and urging that Australia talk up, and work for, peace rather than war.

In addition, the prevention of armed conflict between nations should be explicitly incorporated into medical and other health curricula.

Professional organisations have an important role to play, with the Australian Nursery and Midwifery Federation position statement on peace being a very fine example; the Public Health Association of Australia’s recognition of the importance of peace for health is also valuable.

Health organisations’ policies and advocacy for Australia to join the nuclear weapons ban treaty (TPNW) are growing and powerful.

Health professionals’ voices are credible, and can bring about change.

In 2021, The Medical Association for Prevention of War (Australia) marks 40 years of advocacy for peace. Voices for peace such as ours have made huge progress towards getting rid of nuclear weapons, and we’ve kept up the pressure for non-violent approaches to conflicts.

It’s as urgent today as ever that we mobilise to prevent the harms of war, to uphold peace, and preserve humanity. Please join us today.

See our archive of stories on global health.

PrevPreviousAllied health is a litmus test for the 2021-22 Federal Budget
NextExploiting the pandemic for unhealthy profits, and other Prevention2021 newsNext