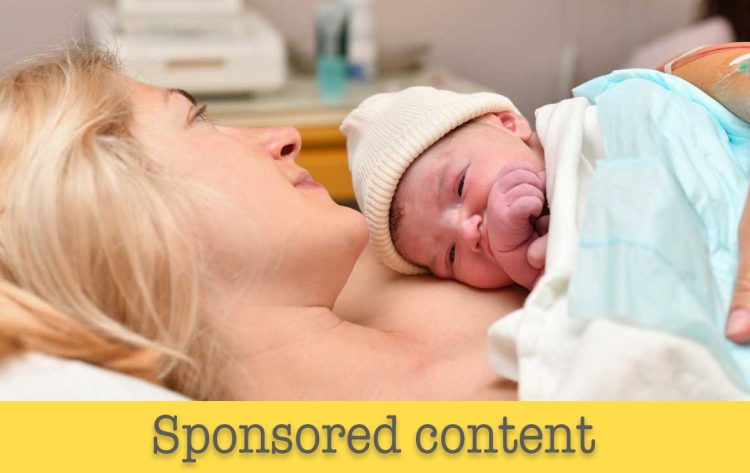 Introduction by Croakey: Around half of planned caesarean births at less than 39 weeks’ gestation in Australia in 2017 occurred without a medical or obstetric reason, putting almost 19,000 children at increased risk of a range of health, learning and developmental issues.

These are the findings of the Australian Commission on Safety and Quality in Health Care’s Fourth Australian Atlas of Healthcare Variation, which was released earlier this year.

Croakey’s Nicole MacKee explores the Commission’s efforts to ensure that, where possible, babies are given ‘the whole nine months’ before birth, to maximise both long and short term outcomes.

Simple steps taken before birth can have a huge impact on children’s learning and development, says Professor John Newnham.

Newnham, Professor in Obstetrics and Gynaecology at The University of Western Australia, is hopeful that a national push to reduce the rate of early planned births that take place before 39 weeks, without a medical or obstetric reason, will reduce not only short-term health impacts on babies, but also the number of school-aged children with learning and behavioural issues.

“Our schools are troubled by increasing numbers of children with behavioural problems and learning difficulties, and a proportion of these are easily preventable with a change to obstetric management,” said Newnham, who is also chair of the Australian Preterm Birth Prevention Alliance.

Earlier this year, the Australian Commission on Safety and Quality in Health Care released its Fourth Atlas 2021, which found that more than 18,926 children in 2017 were at heightened risk of health, learning and behavioural issues due to early planned births before 39 weeks.

The Atlas reported that around half (43-56 percent) of all planned caesarean section births before 39 weeks did not have a documented medical or obstetric reason for the early birth. Most early planned births were by caesarean, but a small proportion of births by induction before 39 weeks also did not have a medical or obstetric reason (0.2-6 percent in 2017).

And it’s a national issue, with little variation in the proportion of early planned births across the states and territories.

Although 37 weeks’ gestation used to be considered full-term, Professor Anne Duggan, Commission Chief Medical Officer, said there was increasing evidence that babies born at 37 or 38 weeks’ gestation were immature.

Duggan said planned births without a medical reason in this ‘early term’ period put babies at increased risk of respiratory problems and the need for neonatal intensive care.

Some births might be planned before full term to try to reduce an infant’s risk of complications or stillbirth. The Atlas pointed to Australian Institute of Health and Welfare data that estimated the risk of stillbirth in Australia to be about 0.5 per 1,000 babies in utero at 36–39 weeks, rising to 0.8 per 1,000 at 40–41 weeks and then rising more steeply to 2.3 per 1,000 at 42 weeks or more. Early planned birth may also be considered for women at risk of spontaneous labour and emergency caesarean section who live far from emergency care, the Atlas noted.

“We are not talking, of course, about babies who have to be delivered because they have growth problems or the mother has pre-eclampsia where the risks are quite clear; it’s a totally different ballgame,” Duggan said. “What we are saying is that there are a range of important considerations when planning a birth, but where possible, reaching full term is generally best for the child.”

The Atlas referred to Australian Institute of Health and Welfare findings that showed a concerning shift to more births at 37, 38 and 39 weeks’ gestation, and fewer at 40 and 41 weeks, over the decade to 2017.

While there were some data limitations – including the fact that the reasons for early planned births are not routinely recorded and were derived from other collected data – it was likely that early planned caesarean rates contributed to this trend, the Atlas stated.

Newnham said the later educational and developmental consequences were often not taken into account when deciding to deliver a baby before 39 weeks.

The Atlas also pointed to US research findings that of more than 128,000 third-graders, those born at early term (either vaginally or by caesarean section) had significantly poorer performance in maths than those born at full term. The research was adjusted for a range of possible confounders, including socioeconomic disadvantage.

Although developmental risks are greater for babies born before 37 weeks’ gestation, the greater frequency of births at 37 or 38 weeks gestation means that these births have larger implications at a population level.

The costs of special education needs are substantial, in both human and financial terms. A study to estimate costs of preterm births (births at less than 37 weeks’ gestation) for the first 18 years of life commissioned by The Australian Preterm Birth Prevention Alliance and published this month in the Australian and New Zealand Journal of Obstetrics and Gynaecology, shows that reducing Australia’s rate of preterm birth by 10 percent would potentially save $140 million a year. Education costs account for one quarter of these savings. Reducing late preterm births (32-36 weeks’ gestation) accounts for $55 million of this saving.

The study found that the overall cost to the Australian Government each year of preterm births up to the age of 18 years was $1.4 billion. Costs in both human and financial terms throughout the rest of a person’s lifespan would be considerable but accurate calculation will need further study. The study included births before 37 completed weeks of gestation and the team now plans to study the costs of births in the early term period (37–39 weeks).

Many of these outcomes in childhood that are plaguing parents and children, and are costing so much money, have a healthcare antecedent to them that is eminently preventable.

That’s the big message. We need to link the story of education and health together – these are not separate parts of the community. We can improve many of these educational outcomes with relatively simple steps taken before birth.”

Responding to the evidence

While up until 2010, 37-39 weeks’ gestation was considered full term, Professor Newnham said evidence of the potentially harmful risks had started to “trickle in” from the early 2000s.

In 2013, the American College of Obstetricians and Gynecologists Committee on Obstetric Practice Society for Maternal-Fetal Medicine recommended that full-term pregnancy be redefined as 39 weeks. The Royal Australian and New Zealand College of Obstetricians and Gynaecologists (RANZCOG) also incorporated the evidence into their position statement recommending that elective caesarean section in women without additional risks should be carried out at approximately 39 weeks gestation.

Changing entrenched clinical practice, however, can be challenging. US researchers showed that education of clinicians alone was ineffective in reducing the rates of early planned births, and hospital policy approaches were also needed.

When Professor Newnham and his team developed The Whole Nine Months program in 2014, they decided to take a different approach to education.

“Our hypothesis was that we would be successful in Australia because we would get to both sides of the desk,” Newnham said, adding that the program includes a social media and print campaign targeting consumers, as well as a major outreach program and lecture series for clinicians.

The WA program was rolled out nationally in 2018, and NSW has a similar program, called Every Week Counts.

Newnham said implementation of The Whole Nine Months program cut the rate of pre-term births in WA public hospitals by 8 percent and in the ACT, reduced early term births with no medical indication by 34 percent in one year.

Newnham noted, however, that the program has had no effect on the early planned birth rate in WA’s private hospitals, which was likely to be due to the specific pressures of private practice.

“You are working extremely hard, you personally carry the [medicolegal] risk of stillbirth, and there is no downside for scheduling early term births. No one ever comes back to you eight years later and says ‘my child has a learning problem’,” said Newnham, who worked in private practice for 15 years.

It’s an imbalance of short-term and long-term risks, he said.

Consumers were also driving the rates of early planned births.

“It’s coming from people wanting to live a zero-risk life and to deliver the baby early to prevent the possibility of stillbirth, as rare as it would be in this circumstance,” he said. “They have not balanced out the very small chance of preventing stillbirth versus the much higher chance of having a child with behavioural or learning problems.”

According to Duggan at the Commission, a multipronged, systematic approach is needed to embed this change in obstetric practice, and to ensure consumers are well informed of the risks of early planned births.

We are thinking about all the levers in the system and giving them a job,” she said.

Among its recommendations, the Commission has called for the Medicare Benefits Schedule payment for planned births before 39 weeks without a medical need to be cut from July 2022, and for health service organisations with maternity services to stop booking early planned births without medical need by the same date.

The Commission has also called for healthcare services to ensure that care is consistent with The Whole Nine Months campaign, and that informed patient consent includes discussions about the short- and long-term risks of early planned birth without a medical or obstetric reason.

Improved collection of data on the reasons for early planned birth is also crucial, the Commission noted in its recommendations.

“This is about a large number of children and their families who will feel the effect for the whole of their life,” Duggan told Croakey.

“And the fact is, this is not a difficult practice to change. It’s about ensuring that clinicians and consumers are informed. I think if a woman was informed of these risks, she would go that extra week, even if it was the height of summer, or bushfire season.”

The Commission’s recommendations have been forwarded to the Australian Department of Health for consideration.

This article was written by Nicole MacKee and edited by Dr Ruth Armstrong, on behalf of Croakey Professional Services.

The series was conceptualised and sponsored by The Australian Commission on Safety and Quality in Health Care, which had final say over the content.

PrevPreviousEquity can be no afterthought in COVID response
NextEquality and fairness: vaccines against this pandemic of mistrustNext