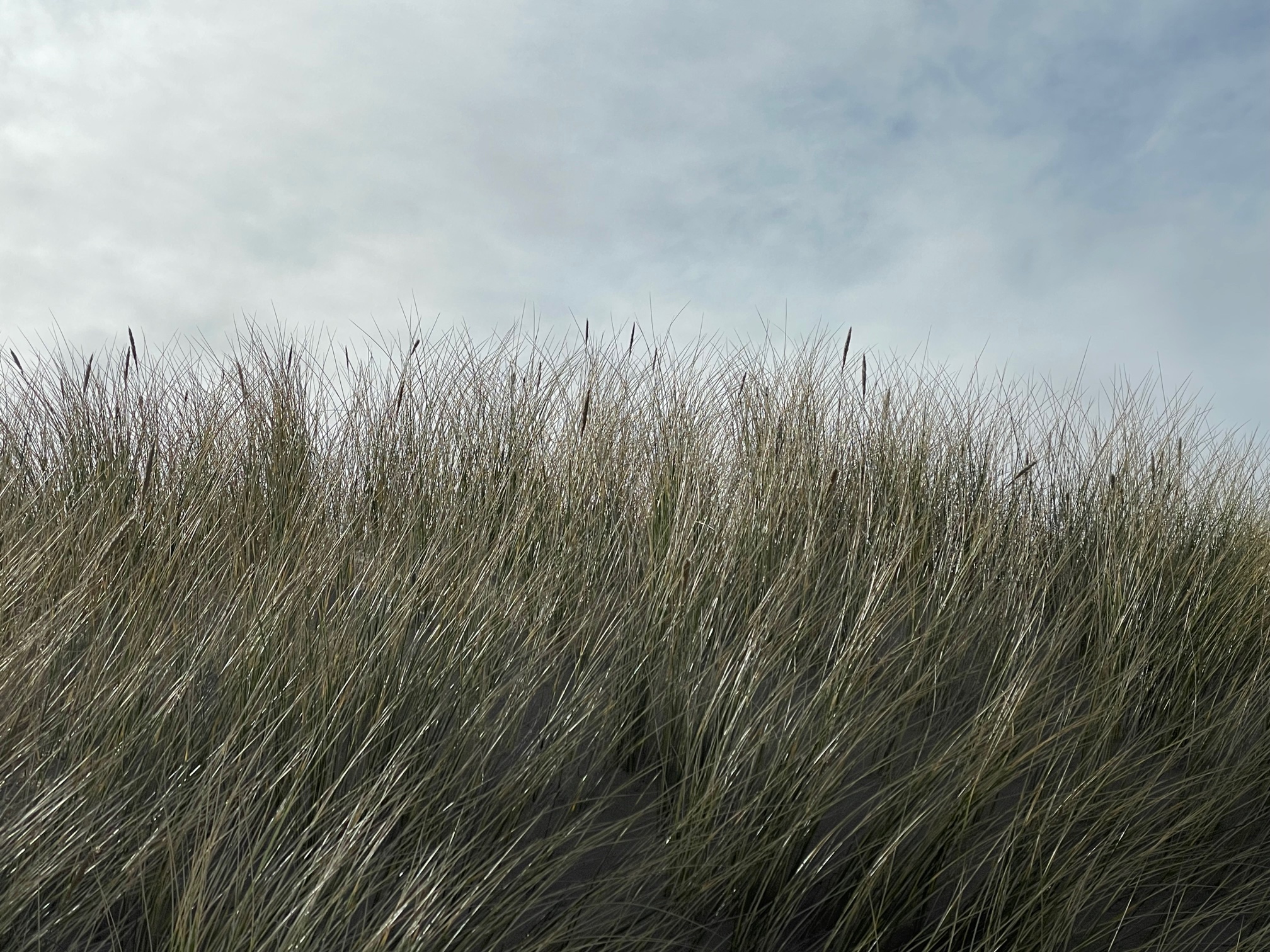 On caring for Country and food security. Grasses at lunawuni/Bruny Island, lutruwita/Tasmania. Photograph by Melissa Sweet

Introduction by Croakey: To celebrate International Day of the World’s Indigenous Peoples on 9 August, a two-day symposium was hosted this week by the Indigenous Knowledge Institute at the University of Melbourne, with some reporting via Twitter, and a recording to be released in coming weeks.

The recently released State of the Environment report paints a worrying picture of how environmental decline including topsoil loss and climate change are affecting the land and waters that feed us and driving up food prices.

As the first of the five-yearly updates on Australia’s environment to recognise the central role of Indigenous scientific and cultural knowledge in caring for country, the State of the Environment report also solidifies a growing body of evidence around the important potential role traditional Indigenous foods can play in healing country and people.

This year record fossil fuel industry profits have added to the rising costs of food caused by floods, fires and droughts made worse by climate change. Health workers, including members of the Climate and Health Alliance in Australia, have also been calling for governments to invest in more sustainable food systems to address the harm caused to health by rising food inequalities.

Early announcements by the new Minister for the Environment Tanya Plibersek suggest her department could be open to considering more sustainable approaches to food and water that also recognise the importance of Indigenous culture. Plibersek renewed an unmet commitment to deliver water to Indigenous peoples for cultural flows and potential economic use and has also temporarily put on hold a fossil fuel-intensive fertiliser plant that Traditional Owners say could erode ancient Murujuga rock art with acidic emissions.

The new Inflation Reduction Act adopted in the United States this week includes $369 billion in climate spending including through investments in agriculture and environmental justice. Political support for measures that jointly address cost of living, food affordability and climate change is also growing in Australia. However, any such approach in Australia would also benefit the greater inclusion of Indigenous knowledge and voices in food governance.

The destruction through colonisation of Indigenous food systems and knowledges mean that some Indigenous communities are among those hardest hit by food inequality in Australia, problems that have only been exacerbated by recent floods and other disasters that are becoming more intense and frequent with climate change.

Croakey spoke to researchers from the new Making big business everybody’s business project, based at the Institute for Health Transformation’s Global Obesity Centre at Deakin University, about how their research is seeking to address the causes of food inequalities for Aboriginal and Torres Strait Islander people, including the growing concentration of ownership of food businesses.

“With those bigger commercial supermarkets coming into the town, it has taken out a lot of the local farmers being able to offer their local produce to people in the area and that was an affordable option for people and easier to access,” Dr Karen Hill, a Torres Strait Islander woman and research fellow on the Making big business everybody’s business project, told Croakey.

Hill said that big businesses influence nutrition in a range of ways – including through marketing.

“From a nutritional point of view, everything from marketing, through to how supermarket shelves are stacked, the locations of foods, big business influences what people eat,” said Hill.

The growing recognition of Indigenous environmental expertise reflected in this edition of the official five-yearly government record of Australia’s environmental status has many potential benefits for the wellbeing of the health and wellbeing of people and the environment. For example, the report includes several case showing the many potential benefits of Indigenous food and agricultural practices, that could grow if more land and resources are dedicated to this purpose.

Examples cited by the report include the Victorian Traditional Owner native food and botanicals strategy and the Waraburra Nura Indigenous medicinal plant rooftop garden at the University of Technology Sydney.

Troy Walker a Yorta Yorta man, clinician and researcher on the Making big business everybody’s business project, told Croakey that he hopes that the new research will find “nuance” by looking at both “the light and shadow” of how businesses can influence health.

“Sometimes it means having empathic conversations and just listening for however long it might take so that the person feels heard and understood so that they can do their job better.”

A2B has expanded to employ people across the country including recently employing young Bundjalung people working on flood reconstruction efforts around Lismore.

“We’ve got three particular young men from Lismore that are working there with us now and contributing, giving back to their communities and helping to rebuild, so it’s pretty special to us.”

Yet despite growing recognition of the important role that Indigenous businesses can play in the health of both the environment and people, government incentives are often directed towards larger but less sustainable businesses.

The recent State of Food Security and Nutrition in the World 2022 found that currently a “significant proportion” of the global annual USD 630 billion in agri-food subsidies support agribusinesses that are “environmentally destructive, and hurt small-scale producers and Indigenous Peoples, while failing to deliver healthy diets to children and others who need them the most”.

In Australia, the new Labor Government has promised to deliver $40 million in water to Indigenous peoples along the Murray Darling as cultural flows and for potential economic benefit that the former Morrison government promised but did not deliver.

Health workers Australia would like to see incentives to be redirected to growing “low emission healthy foods and discouraging the production of highly processed foods, which are damaging to both human and planetary health”, Remy Shergill, from the Climate and Health Alliance, told Croakey.

“As the climate warms, it’s definitely disrupting the food system. And we definitely would like to see an increase in healthy, low greenhouse gas emissions food production and distribution, we think it will contribute to the health and wellbeing of the community,” said Shergill.

Dr Jennifer Browne, who is co-leading the Making big business everybody’s business – which is a joint project between Deakin University’s Institute for Health Transformation and VACCHO – told Croakey that while industries often use the same strategies, the effects these industries have on health are regulated individually.

“If they’re doing the same kinds of things, it’s probably more helpful to look at it holistically and think if, for example, marketing is the issue, what regulations would we like to see on marketing rather than going one by one industry.”

The Australian climate change bill currently being considered by a senate inquiry is much less detailed and far-reaching than the climate legislation that was passed by the United States senate this week.

The US Inflation Reduction Act is designed to slow inflation through $369 billion in climate spending including $20 billion for so-called climate smart agriculture and $60 billion for environmental justice. Unfortunately, the US bill also includes incentives for fossil fuel expansion, including a requirement that offshore drilling leases must be expanded if alongside offshore renewable energy.

Proponents of the bill have claimed that as much as 41 percent of overall inflation in the United States from February to June 2022 was directly caused by fossil fuel prices, although this does not account for indirect inflation such as through increased fuel prices for farmers.

The Australia Institute recently reported that in Australia as much as 60 percent of recent inflation was caused by increases in profits, although its research did not focus on specific industries.

Instead of taxing fossil fuel super profits, Australian state and federal governments gave the fossil fuel industry $10.3 billion in subsidies in 2020-2021 alone, which apparently was not enough to prevent a price and supply crisis with flow-on effects to the wider economy and food prices.

Lyndal Rowlands is a freelance journalist writing about climate change and health. She is a recipient of UN Correspondents Association Prize for Climate Journalism. Twitter: @lyndalrowlands 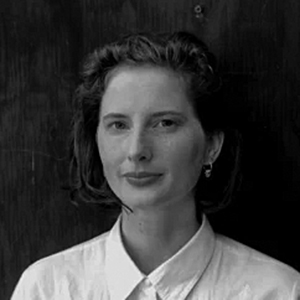 This article is part of Croakey’s contribution to the Covering Climate Now initiative, an unprecedented global media collaboration that is putting the spotlight on the climate crisis. Croakey Health Media is a member of the collaboration, which was co-founded by The Nation and the Columbia Journalism Review (CJR), in partnership with The Guardian. See Croakey’s previous contributions to the collaboration.