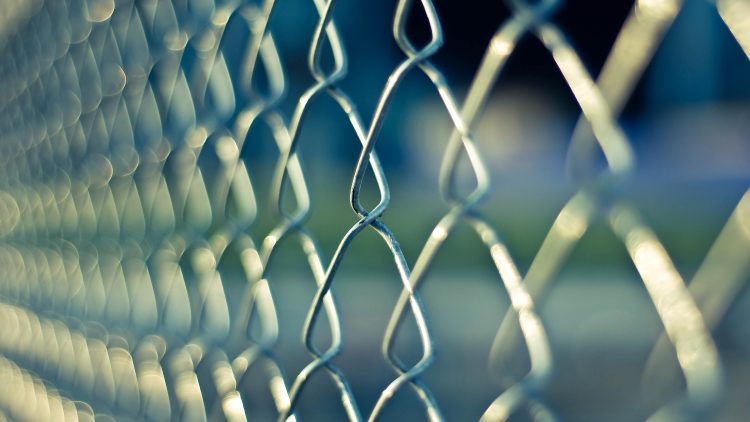 "The Australian Government’s offshore detention policy ... has disfigured the lives of people it entangles." Photo from Pixabay.

Introduction by Croakey: The mental health impacts of self-isolation and restricted movement have been widely discussed throughout the COVID-19 pandemic. But what if that isolation was not self-imposed and there was no end in sight to restricted movement?

Ahead of World Refugee Day on 20 June, Sue Mitchell of Médecins Sans Frontiéres/Doctors Without Borders (MSF) says it’s time to end the “harmful and inhumane” policy of mandatory offshore detention.

“Difficult times”, “challenging times”, “unprecedented times”. These descriptions have become familiar to us in these days of coronavirus (COVID-19).

We stay home as much as possible, self-isolate and socially distance.

We are told to be kind to each other, reminded that we are all in this together. And we know this will come to an end.

Despite this, commentary abounds regarding the mental health impact of the isolation and restriction of movement; the effects of experiencing a loss of the freedoms we are accustomed to.

Perhaps we can take advantage of this experience to consider those who continue to be caught up in Australia’s offshore detention policy. Can we imagine enduring seven years of this, with no end in sight?

Even if you have a favourite film, how many times can you watch it? I’ve been watching the same film every day for seven years … the same people with me every day … no chance to study or work, to grow, to contribute something. I have lost hope. Even the tiniest of hope I can only dream for.” (Refugee, Port Moresby)

I think about what I was doing seven years ago, and all I have been engaged in since then. Initiatives and developments in accordance with plans made, not extraordinary but significant nonetheless. But for hundreds of people who sought safety in Australia at a time of policy change, being stuck in a bizarre, liminal space for the past seven years has been the only possibility.

The closure of international borders to halt the spread of COVID-19 has dealt another blow to this vulnerable group of people, as limited resettlement options have slowed. One young man currently being held in Port Moresby described the impact of coronavirus for him:

Since I left my country, the number of obstacles I have had to face have been many. I have had such bad luck. I came to Australia to seek help. First the change in policy that sent me to Manus Island. I could not have known about this ahead of time. Being treated like a criminal, locked in a prison without having committed any crime. And now coronavirus … flights have been cancelled just when it’s my turn to hear about the possibility to settle in the USA. Being in lockdown now reminds me of the years I was confined to a small room on Manus Island. All I have to look at are the white walls of my room … again. The colour white is traumatising for me now. And I’m scared of getting sick here. I have seen death in these hospitals. My brain can’t take it anymore. How can I keep going?”

Like this young man, many of the people I spoke to in offshore detention in Port Moresby were scared about getting sick because they were already managing chronic health conditions and felt they didn’t have access to quality healthcare. With COVID-19 spreading, the Australian Government has a responsibility to transfer those held in offshore detention to safety and facilitate access medical care as needed.

No end in sight

In providing psychological support to people held in offshore detention on both Nauru and Papua New Guinea, I have witnessed the erosion of resilience unlike I have seen elsewhere.

This is despite almost 30 years as a practising mental health clinician in various contexts including war, natural disaster, large refugee camps and even an Ebola epidemic.

In the context of offshore detention, when it appeared that the hopelessness and helplessness consuming people could not become any worse, many reached an entirely deeper level of despair.

In other places I have worked, there remained a hope that the catastrophe would one day come to an end.

In offshore detention, for hundreds of people who were only seeking a peaceful life, a life free of persecution, there is no end. I witnessed people become immobilised by depression and helplessness.

In a context where people have had all agency removed – where others control even the smallest daily decisions – a sense of humiliation is inevitably felt. When a person is treated in punitive ways, despite having done nothing illegal or unethical, a conclusion of worthlessness is inevitably made.

Guilt and regret are very heavy. I always have a feeling like I’ve done something wrong and I’m being punished … I’ve made a mistake and it’s been costly … I’m self-hating because I can’t move … can’t speak for myself … don’t know who to talk to to get things moving. The thought of suicide is the one thing that calms me, because the stress will be lifted. I am just wanting peace.” (Refugee, Port Moresby)

The Australian Government’s offshore detention policy is insidious; it has disfigured the lives of people it entangles.

I’m thinking about young men who fled their home country as teenagers, who have now given up all hope of ever becoming the adults they had hoped to become – to study at tertiary level and then contribute to their worlds with useful employment.

Instead, they sleep all day in small rooms usually aided by tranquilisers prescribed by mental health practitioners who have given up on other forms of treatment.

I’m thinking about those in their 30s who have abandoned hope of ever finding partners and having children.

Others, after multiple experiences of violence, who have been unwilling to leave their accommodation for any unessential reason, for years.

I’m thinking about fathers and mothers who have not been able to give their children the life of stability, security and opportunity that we take for granted. And of so many people held apart from mothers, sisters, brothers, and friends.

I’m thinking of people who, after years of deliberate incarceration, consider themselves “broken” and beyond repair.

I am lost. I can’t remember how to live. I am so broken, I’m not the person I was. My thoughts are muddled … I don’t know what’s going on … I don’t know how I got here or got this bad.” (Refugee, Port Moresby)

Although Médecins Sans Frontiéres/Doctors Without Borders (MSF) interventions aim to support people to endure and to reduce mortality and morbidity in this high-risk population, there is no mental health service –no matter how well staffed with qualified or expert clinicians – that could possibly respond to the problem that is long term and indefinite detention.

No treatment for injustice

People are being punished without having committed any crime.

I am waiting. Waiting for change. Waiting for the day I can start my life and be useful.” (Refugee, Port Moresby)

The only appropriate “treatment” is to afford people opportunity for a life of dignity and freedom of choice. To acknowledge their humanity and reinstate their agency. To finally end people’s detention in offshore “processing” centres and end this harmful and inhumane policy.