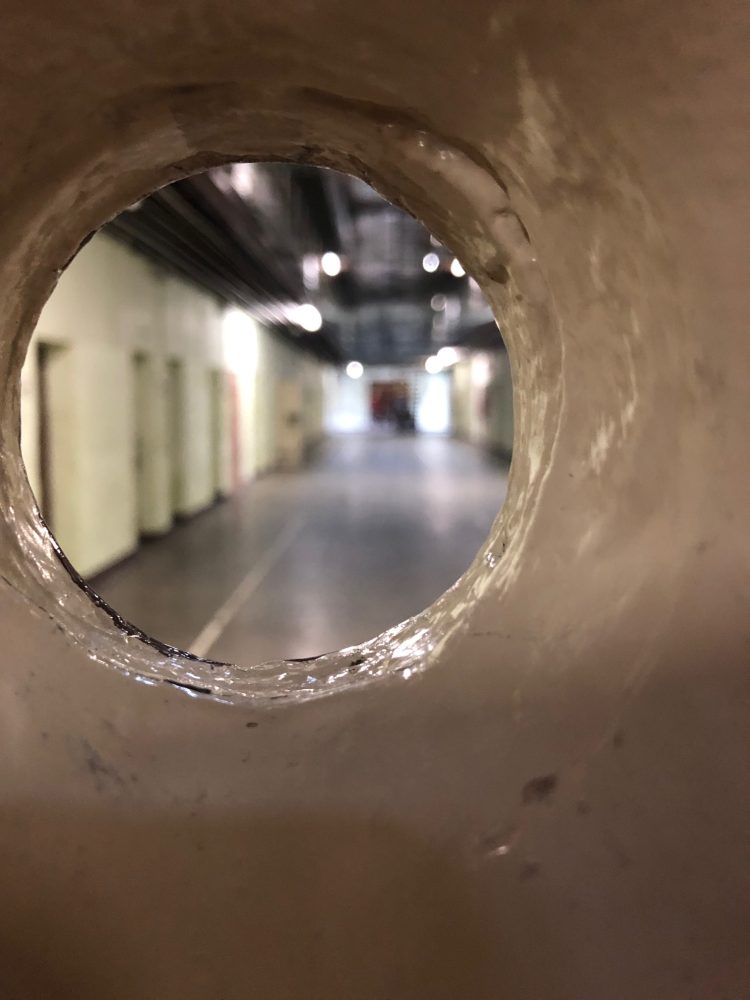 A national Croakey survey reveals that there has been a lack of urgency to the rollout of COVID vaccination to high-risk populations in prisons and juvenile justice facilities, reports Marie McInerney.

See the responses from all states and territories in full here.

Prison advocates are concerned that COVID vaccination rollouts in prisons and youth detention facilities across Australia are only just beginning in some jurisdictions and still with no great urgency, despite the pandemic risks to prisoners and detainees.

In Victoria, vaccinations for prisoners and staff only began this week, despite dire warnings about the infectiousness of new COVID-19 outbreaks that have locked down all of Melbourne under tough restrictions again for two weeks and seen worrying early outbreaks in aged care.

“While I am relieved that vaccination of people detained in prison has commenced, a responsible public health strategy would have seen this vaccination rollout commencing several months ago, not a mere two days ago,” Victorian Aboriginal Legal Services (VALS) CEO Nerita Waight told Croakey.

“With the Commonwealth Government’s failure to clearly identify places of detention as being a priority for vaccine rollout, it has been left to the States and Territories to recognise the urgency,” she said.

“And with the delay in vaccination rollout in prisons in Victoria, we have been fearful that we will see more Aboriginal deaths in custody.”

Darwin’s largest Aboriginal community controlled health organisation, Danila Dilba Health Service, told Croakey yesterday it had yet to hear any plan for rolling out vaccines to the Don Dale juvenile justice centre, for which it provides healthcare services, despite the Northern Territory’s announcement this week that it was opening up vaccines to anyone aged 16 and older.

“(Don Dale) is a closed environment, everyone is in close quarters and all it takes is one person and it spreads like wildfire,” said Rodger Williams, Danila Dilba head of operations, referring to devastating outbreaks in prisons in places like the United States.

While a number of states said prisoners and staff fall under the 1B priority in the Federal Government’s COVID-19 vaccine national roll-out strategy, legal and health advocates say they should have been listed explicitly as priority groups.

That was a recommendation from the Australian Technical Advisory Group on Immunisation (ATAGI) in its preliminary advice, published in November 2020, yet there is no specific mention of prisoners, youth detainees or prison staff in the Federal Government’s guidance.

“Again and again we find prisoner populations to be a forgotten and invisible group that attracts little public concern or attention at the best of times, much less in a pandemic,” said one justice advocate who did not want to be named.

Asked about the rollout to prisons and youth detention, Federal Health Minister Greg Hunt’s office told Croakey: “prisons are a matter for States and Territories”.

Waight said the health outcomes of people detained in prison and of people in the general community are intimately linked.

“We have seen in countries such as the US the devastation that has resulted from COVID-19 entering prisons; not only the serious illness and death those who are detained, but also the amplifying effect COVID in prisons has had on the spread of COVID in the general community,” she warned.

Croakey has surveyed health and corrections agencies in each state and territory, asking them to detail vaccination rollout plans, including targets and timelines for people and staff in prisons and juvenile justice, and what they are doing to address vaccine hesitancy.

The responses are varied and provide information and insights that have not been publicly available previously. Key progress for each is summarised below.

Queensland: Prisoners and critical and high-risk workers including corrective services officers fall under the Federal Government’s 1b category. Vaccination for prisoners and Queensland Corrective Services staff “is currently underway and will continue to be implemented progressively”.

ACT: COVID-19 vaccinations for detainees at the Alexander McConachie Centre (AMC) began on 31 May. First doses will be offered over a two-week period, with second doses delivered after around 21 days.

Tasmania: Rollout of the Pfizer vaccine by the Tasmanian Prison Service began in April and is “well advanced and is expected to be completed in coming weeks”.

Northern Territory: Roll-out in the Darwin Correctional Centre and the Alice Springs Correctional Facility is underway, with expectations that everyone currently within NT facilities who wants a COVID-19 vaccination will have received at least one dose over the next few months.

Victoria: Began its rollout on 7 May and expects it to be completed within three months. It did not provide Croakey with details but told justice and health groups at a briefing in Melbourne today that 344 people (230 staff and 114 prisoners) (of an estimated 7,255 prisoners) had been vaccinated in the first two days.

New South Wales: Has been delivering COVID-19 vaccinations “since early March 2021…in line with the Commonwealth Government advice for individuals in categories 1A and most recently 1B”.

Few jurisdictions provided details on numbers, timetable or targets, which have also not been made publicly available in any significant detail.

It’s a lack of transparency that is worrying advocates like Dr Thalia Anthony, Professor of Law at the University of Technology Sydney, who said the vaccination rollout in prisons and juvenile justice “should have been more substantial and approached with much more urgency”, given the multiple COVID-19 risks facing prisoners and prison settings.

“We are getting a sense of (vaccination) starting dates, but not when would we expect, say, 80 percent of people (in prisons) to be vaccinated?” she said.

“And what does starting mean? Does it mean 10 people get it in the clinic once a week, because, if you’ve ever been prison, you know that people are lining up out of the door to get into a clinic.”

Anthony said the Federal Government should have taken some leadership in coordinating the prison vaccine rollout so there was some consistency, instead of having “start dates all over the place” and all at the discretion of each jurisdiction.

As well as lack of leadership from the Federal Government, advocates criticised a lack of transparency on targets and rationale behind them on what rate of vaccination would be considered safe in prisons and/or reasonable for lifting restrictions.

Also of concern is what is being done to address vaccine hesitancy, how informed consent will be obtained, and what possible restrictions or exclusions prisoners will be subject to and over what timeframe if they do not agree to being vaccinated, or cannot have the vaccine for health reasons.

Those concerns are sharpest in Victoria, where ‘protective quarantine’ — mandatory 14 day isolation for all new entrants to prison — has not been lifted since the pandemic was first declared in March 2020.

As well, the latest Victorian lockdown has meant prison visits have again been banned and educational and rehabilitative programs curtailed.

Despite the good news that vaccination has commenced, Nerita Waight said VALS still had a number of critical, unanswered questions about the rollout. These included:

A Victorian government spokesperson said culturally appropriate communication materials about the COVID-19 vaccine are being provided to First Nations people and Aboriginal Wellbeing Officers are available to discuss concerns and to accompany prisoners in conversations with health staff.

Anthony also highlighted the need for strong, consistent and targeted messaging to prisoners and youth detainees around vaccination safety, saying many will be wary because of issues that arise time and again around people being given wrong medications or “being medicated for compliance”.

Karen Fletcher, Senior Lawyer at Fitzroy Legal Services, said advocacy groups had been asking for months why people in Victorian prisons who were eligible for 1B “haven’t already been offered vaccinations”, saying the situation has been “very confused” for prisoners, families and advocates.

“Whether they’re in prison or not, they fit 1B and they should have been offered vaccinations,” she told Croakey.

Fletcher said authorities have used restrictions on prisoners to keep prisons safe so far in the pandemic, with bans on visits and ‘restrictive quarantine’ — effectively solitary confinement, which can be particularly harmful for Aboriginal and Torres Strait Islander people and those with mental health and drug issues.

Now, with vaccination, that can change, she said, urging authorities to provide more information on what rate of vaccination is required in prisons, and whether it is informed by medical advice, “in order to be able to lift the kind of restrictions that are causing so much misery to people in prison”.

Editor’s note: this story was updated on June 10, revising a quote by Dr Thalia Anthony.

PrevPreviousThe twin pandemics
NextView from The Hill: the Morrison government has escape hatch in Tamil family case – if it wants to use itNext