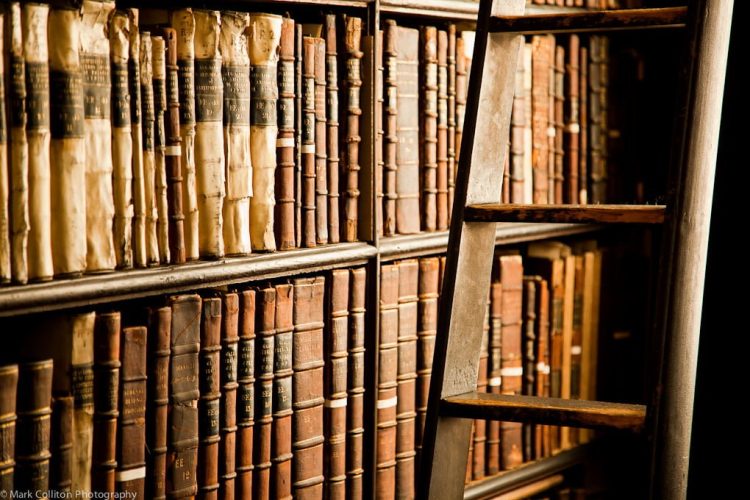 The Book of Kells and Australia’s MBS review

Fee-for-service may be running out of date, writes Stephen Leeder in this piece for John Menadue’s blog, Pearls and Irritations, reproduced here with permission.

In Dublin recently I queued to view again the Book of Kells at Trinity College.

Produced around 800 AD, its illuminated manuscript contains the four Gospels in Latin, numerous commentaries and interpretations on 680 pages of vellum. Said to be the world’s oldest book, it was produced by monks on the isle of Iona. The Library of Trinity College writes that ‘The manuscript’s celebrity derives largely from the impact of its lavish decoration, the extent and artistry of which is incomparable’.

The Medicare Benefits Schedule (MBS) is Australia’s secular response to the Book of Kells. It was produced by monks in the Tower of Albermarle in Canberra last century. The PDF file runs to nearly 400 pages. It lists all the procedures that are used in managing patients along with the amount of money that the Commonwealth government is willing to pay for each of them.

Commentaries and codicils and modifications have been added and subtracted over years, but without quite the artistic or spiritual talent applied to the Book of Kells.

The assumption on which the MBS is built is that health care is best paid by raising a separate fee for each service. Each time a patient receives treatment from their general practitioner, the GP receives a fee either directly from the government (bulk billing) or from the patient who then claims a rebate from Medicare. If not bulk-billing, but billing the patient directly, the doctor may receive an additional co-payment from the patient because he or she judges that the base payment from Medicare is insufficient to cover the costs of care, and to provide a profit margin.

As noted in Norman Swan’s recent Four Corners program the co-payment in surgical and some other specialties smacks of avarice and excess, and has no demonstrable connection to quality. It fails as a price signal and causes American-style financial distress to less well-off patients. It violates the basic principle of Medicare that medical care should be equally available, without concern for cost, for equal need to all Australians.

That is a problem worth listing for another day, along with ‘anti-Medicare creep’ — a trick of government that freezes the Medicare rebate for services while costs go up, thus privatising the expense of care as surely as any less creepy and more explicit policy.

Hope is in sight

But lo, hope is in sight. The gigantic Medicare schedule is under review. Bruce Robinson, a physician friend of mine and former dean of medicine at Sydney University, has the task. He has assembled working groups of medical practitioners and others to go over the items specialty by specialty to see whether they make sense. Some – I was going to say applying leeches, but they still have their uses occasionally – are so out of date as to be laughable.

The tough – and they are – decisions apply to procedures where the evidence is lacking that everyone will benefit from the procedure, or where the numbers of patients who receive the treatment are so small that basing a decision on lives saved or suffering relieved is not possible. What price hope – however irrational?

But Professor Robinson has persevered with his review panels. They are unique in that doctors are right there in the middle of them. This has been encouraging: the MBS may be secular but the beating of the wings of better angels can be heard in the land.

With the exception of one or two rather pathetic specialties and with Minister Greg Hunt smiling with the look of a headmaster with a cane behind his back, Robinson has managed the teams to debate each item as to its therapeutic merit and whether the fee is appropriate – too high, too low or OK.

There is a precedent. Australia has pursued a similar approach to approving pharmaceuticals to be listed on the benefit scheme, the PBS. This applies to new medicines where, before listing for Commonwealth support, the benefits of a new drug or device must outweigh the costs and benefits when compared to older treatments. Not that this is problem-free – the spin-offs of precision medicine, where effective new designer therapies for cancer and a few other conditions cost hundreds of thousands of dollars a year per patient, include collisions between ethical and financial concerns.

Great wisdom is needed. If all our therapies become precision medicines, every health system in the world will go broke. Who worries about equity? Who cares about cost? Well, actually a lot of people do and there is widespread discomfort about this matter.

But back to the MBS. Much goodwill and peace have prevailed. But what will happen when the tincture of iodine hits the hip pocket wounds created by the rationalisation of the MBS? Items dropped entirely; others cut – ouch and howls. Vested interests including practitioner groups, patient groups and the profit-driven private sector of health care will not be silent. The lobbies will be cranky. The politics will need remarkably careful and tough management.

Beyond the Book of Kells

A larger question, even more frightening for traditional practitioners, is whether fee-for-service financial arrangements and item numbers, like the arcane instructions in the Book of Kells about how to get to heaven, make sense for a future in which the principal care needs of our community will be those of people with several chronic diseases that require long-term, multidisciplinary care often beyond the traditional reach of medicine in the GP’s surgery or the hospital.

These conditions require team care and continuity of care. There are better ways of paying for these services than raising a bill every time such a patient needs attention. There may even be better ways of managing them than using doctors to do it.

Elsewhere in the world where universal or near-universal health insurance supports integrated care for the chronically ill through a process of funding practitioners, including nurse practitioners, on a basis other than fee-for-service (which we do now in our large public hospitals, where we pay salaries to staff specialists), the sky has not fallen, professional satisfaction has not been shot to pieces and patients generally do well and indeed often better than in the Book of Kells model.

For some things other than the care of those with serious and continuing illness (cuts, colds, contraception), fee-for-service still makes sense. But let’s use the opportunity created by the review of the MBS to look carefully to the future in deciding the best way of paying for health care.

The doctor of the future deserves more than the Aussie version of the Book of Kells. As the president-elect of the Royal College of Physicians in London put it recently:

Many hope that the future model [of health care] will rely less on doctors and provide care closer to home. But a healthcare professional who is comfortable with multi-morbidity understands the limitations of genomics and is able to interpret complex data will need to be highly trained – and sounds like a doctor to me.

Working out how to pay the new doctors needs fresh thought and less attachment to ancient dogma.

Fees and money cannot be safely pushed to one side as we introduce new models of care, nor would we be wise to imagine that such changes occur in a flash.

Sorry to OD on Irish today, but listen to the observations of Leopold Bloom, the hero of James Joyce’s Ulysses: “I resent violence or intolerance in any shape or form. A revolution must come on the due installment plan.”

The MBS review is one installment. It’s time now to define and plan the next.

Stephen Leeder is an affiliate of the Menzies Centre for Health Policy at the University of Sydney.

This piece originally appeared at John Menadue’s Pearls and Irritations blog, and is reproduced here with permission, and thanks.