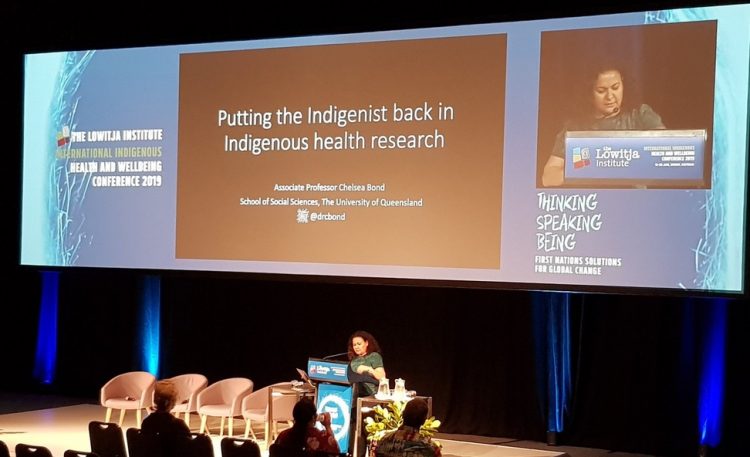 The Inala Manifesto: a call to arms for Indigenous health researchers

Marie McInerney reports below for the Croakey Conference News Service.

Leading Indigenous scholar Associate Professor Chelsea Bond has issued a call to arms to Indigenous health researchers, to declare war on settler ideologies that continue to dehumanise Indigenous people, and to carve out a new intellectual space on Indigenous health.

In an address titled ‘Putting the Indigenist back into Indigenous health research’, Bond laid out the principles of what she called The Inala Manifesto on the closing day of the Lowitja Institute’s recent International Indigenous Health and Wellbeing Conference on the Larrakia Nation in Darwin.

She said the manifesto looked to build a cross-disciplinary “army of thinkers” to eliminate the ideology that poorer Aboriginal and Torres Strait Islander health and wellbeing is a result of “Black lack” rather than from ongoing oppression and dispossession.

The premature deaths of Blackfullas today are on our watch, and we have to be honest with ourselves, take stock, and consider whether we really are doing enough or how we define success. Better surveillance of Black bodies is not a measure of success.

We need to set the bar higher for ourselves.”

Bond is an Aboriginal (Munanjahli) and South Sea Islander Australian and a Senior Research Fellow in the School of Social Science at the University of Queensland. She is described by IndigenousX as “one of Australia’s leading voices on matters of race and racism in the colony”.

Bond is also a resident of the outer western Brisbane suburb of Inala, where she has been involved in innovative work by the Inala Wangarra community development organisation. She has written of her concerns about the way the suburb was featured in SBS’s Struggle Street series, and the risk of feeding “the national appetite for Indigenous despair”.

In the leadup to the Lowitja Institute conference, Bond and colleagues Dr Lisa Whop and Ali Drummond published The Blackfulla Test: 11 reasons that Indigenous health research grant/publication should be rejected.

They inspired the hashtag #BlackfullaBINGO at the event, which followed up on the article and aimed to identify Indigenous health research presentations “that ARE here for Indigenous peoples” (see tweet below). 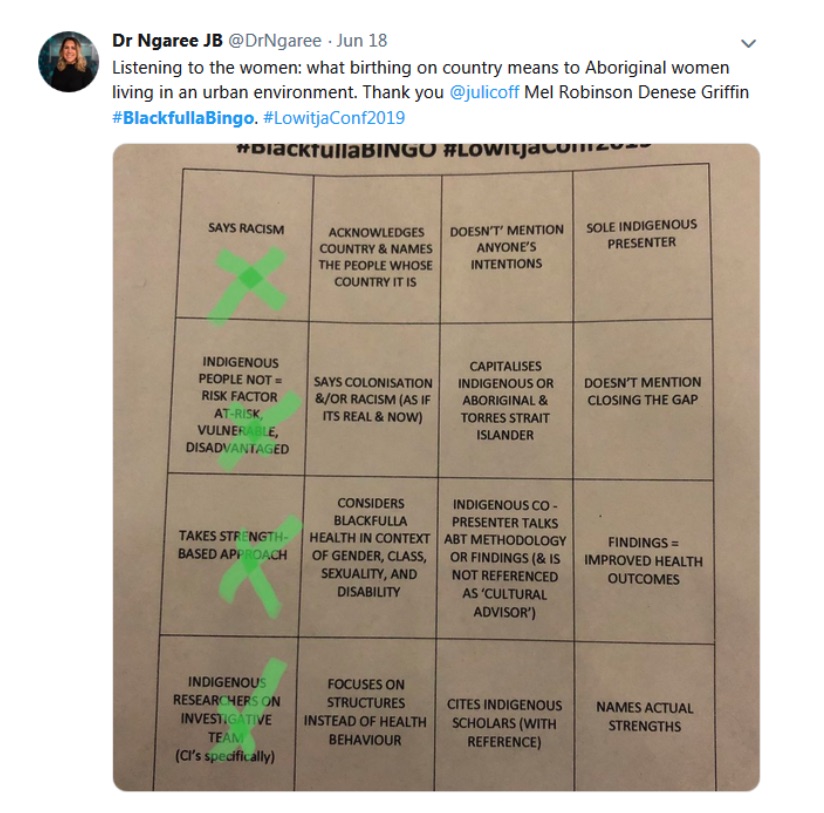 In her keynote for the final plenary panel session, Bond told hundreds of Indigenous delegates from across Australia and the globe that she had been instructed by Lowitja Institute chair Pat Anderson to be “provocative and challenging, to make us think”.

Bond declared she was not there to “bear false witness to the virtue signalling of Close the Gap and Closing the Gap agendas” but on behalf of those people “whose premature deaths were are meant to be preventing” and to provoke thinking “about what it is to be Indigenous in Indigenous health, and what it is our community needs us to be”.

This meant transforming the researcher’s toolkit beyond technical research skills that are informed by Western methodologies and power bases, to reconfigure the researcher’s role as public intellectual and change maker – “as a truth-teller rather than objective observer”.

Bond called on her Indigenous colleagues to end self-defeating contests between disciplines and instead imagine and demand a new health research collective that values “the sociologist, the anthropologist, the political scientist, the legal scholar, and the philosopher” as much as the clinically trained health researcher and epidemiologist.

Our task is twofold: one is the preservation of black bodies – it is the work of healers who are finding the means for surviving and flourishing in our lands; the other is the war against the ideologies that refuse to see our humanness and our health as possibilities.”

Bond said she was presenting the Inala Manifesto, inspired by the work of Lester-Irabinna Rigney, as a strategy for winning this war.

The manifesto calls for a new Indigenous health research paradigm that:

No time to waste

Bond warned that moving into this space can come with professional and personal costs, but she said it was vital.

“Our people do not have the time to wait or waste on watching incremental statistical reductions in gaps between us and them, the parameters of which we never got to determine in the first place.”

Bond said there is a place too for non-Indigenous peoples in this intellectual army, but they should take note that the “role of the all-knowing white knower has been made redundant” and should beware of denying Indigenous people their rightful role.

“You will be welcome to serve as a foot soldier, being as courageous as the Blackfullas beside you, but we are no longer recruiting for white overseers,” she said.

“But also know, if you remain perfectly comfortable with the status quo, leading Indigenous health research centres while denying Indigenous peoples opportunities on those panels that you sit on…the army is growing and they will come for you and call you out, intellectually, because Black intellectual excellence is both real and powerful.” 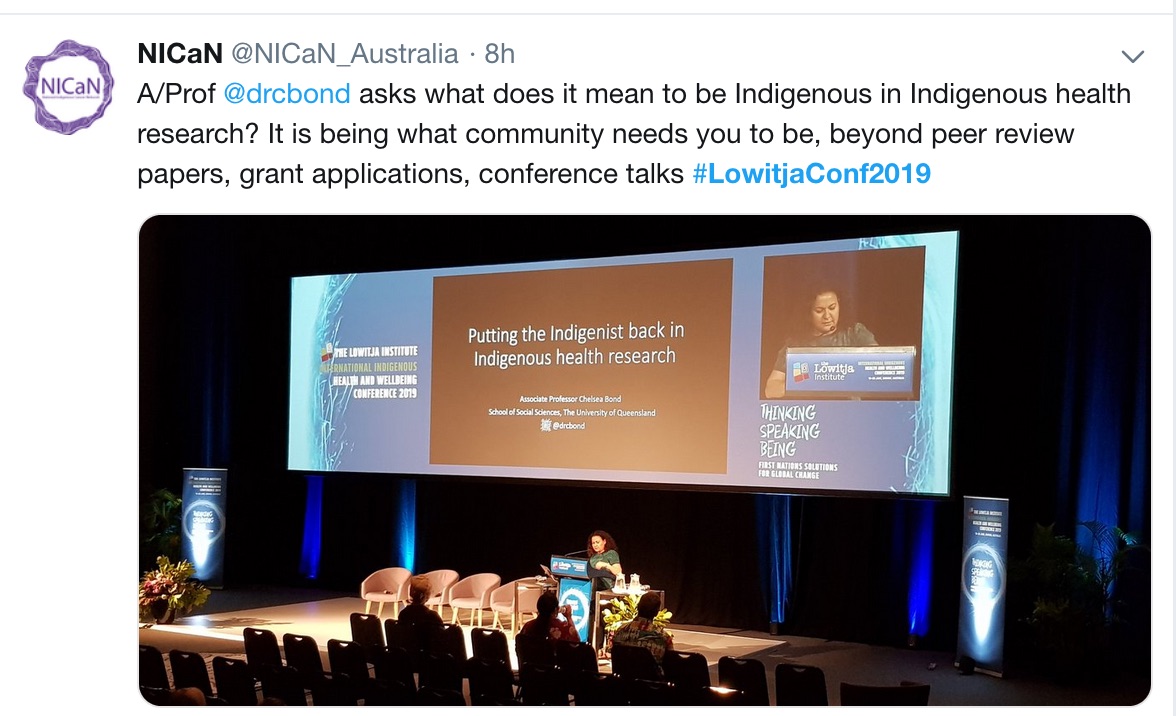 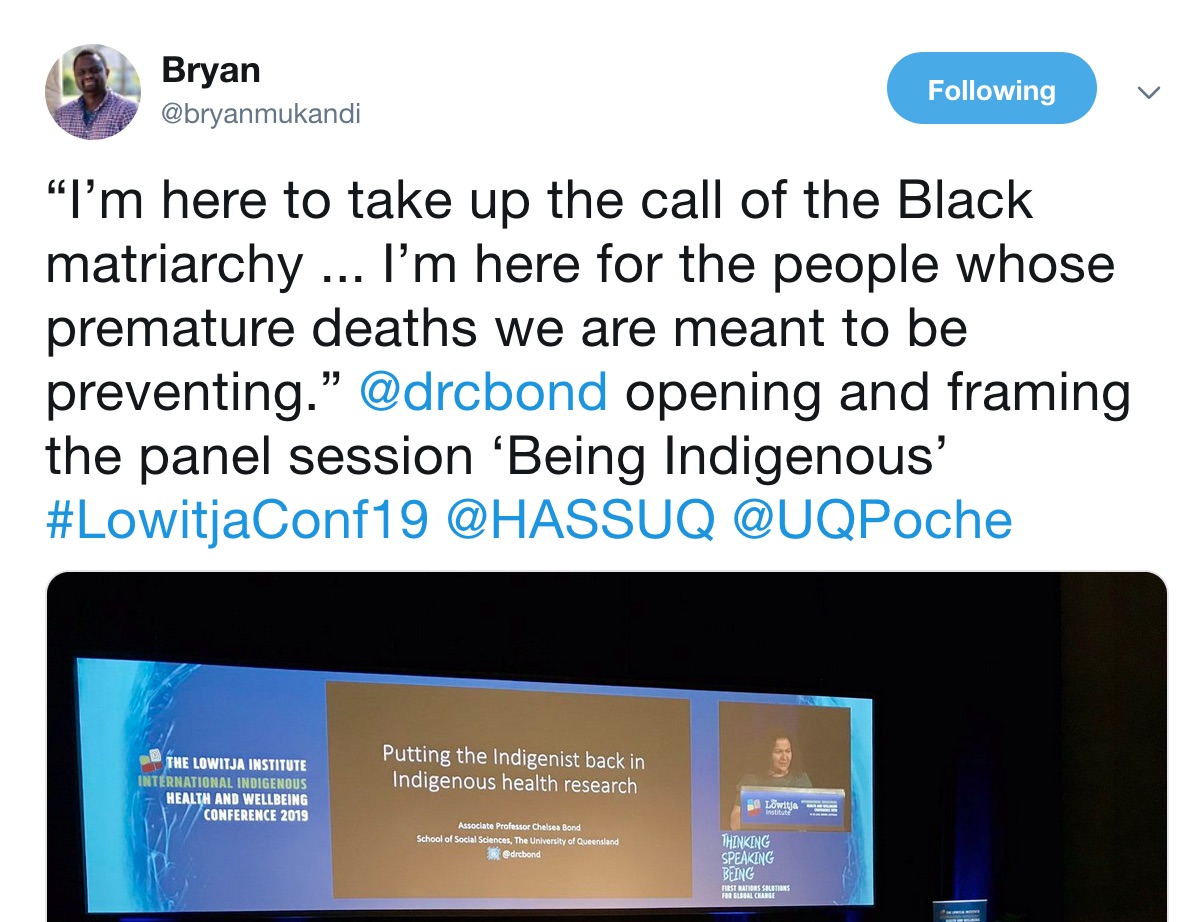 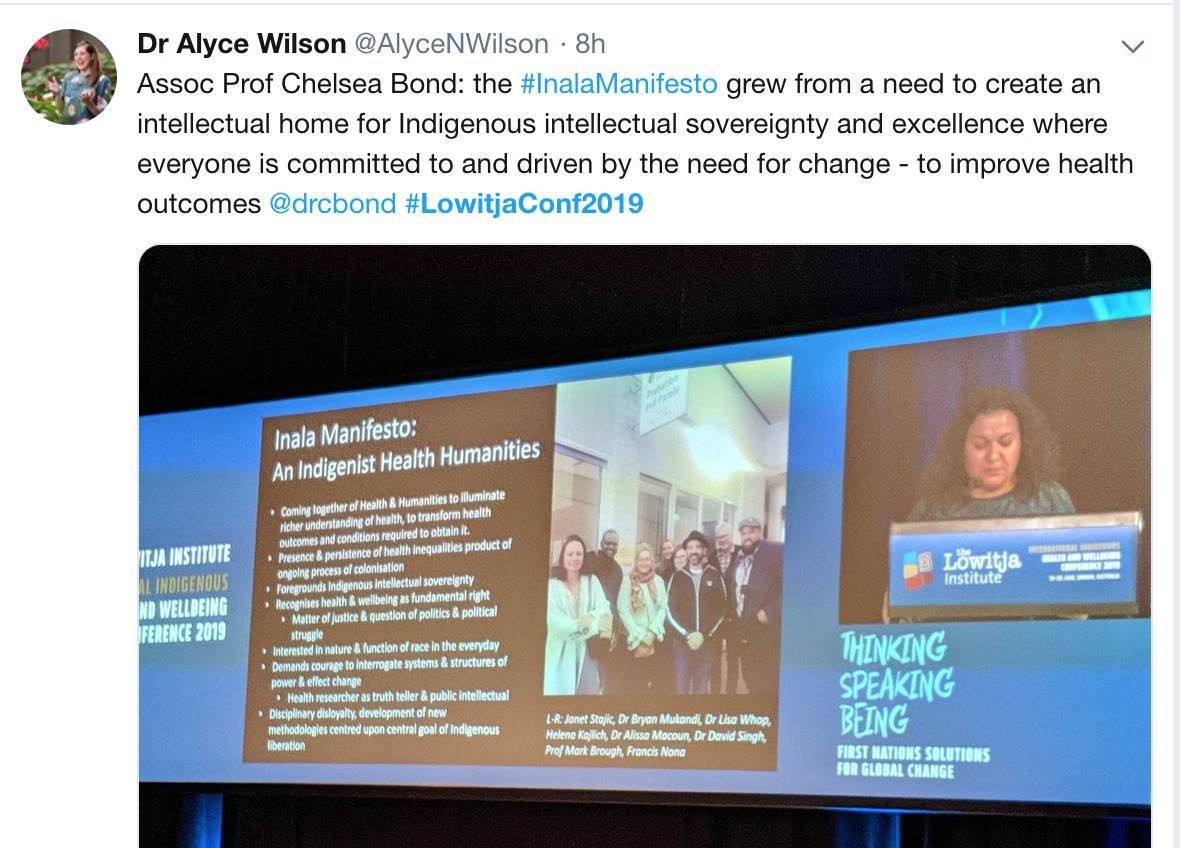 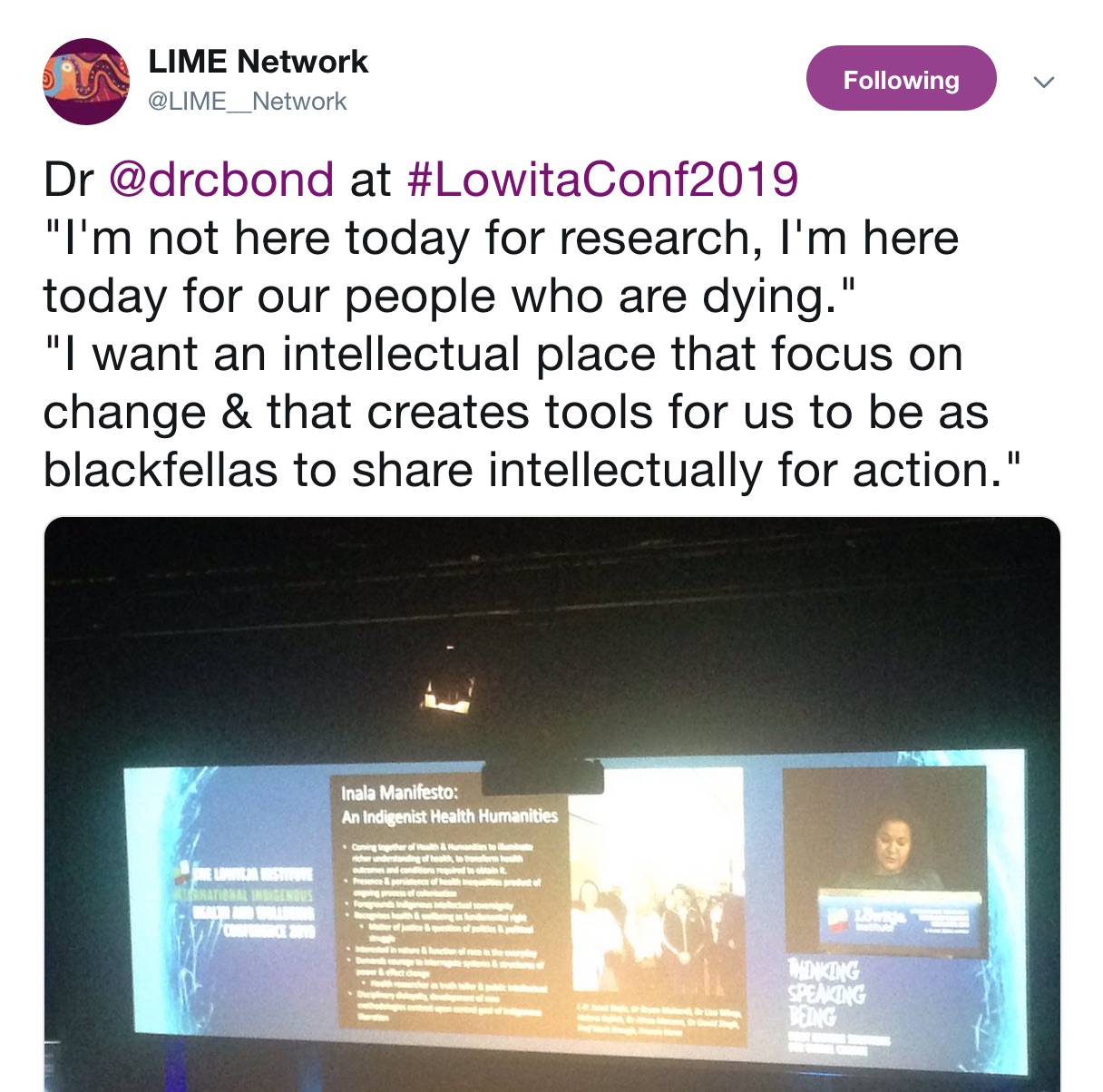 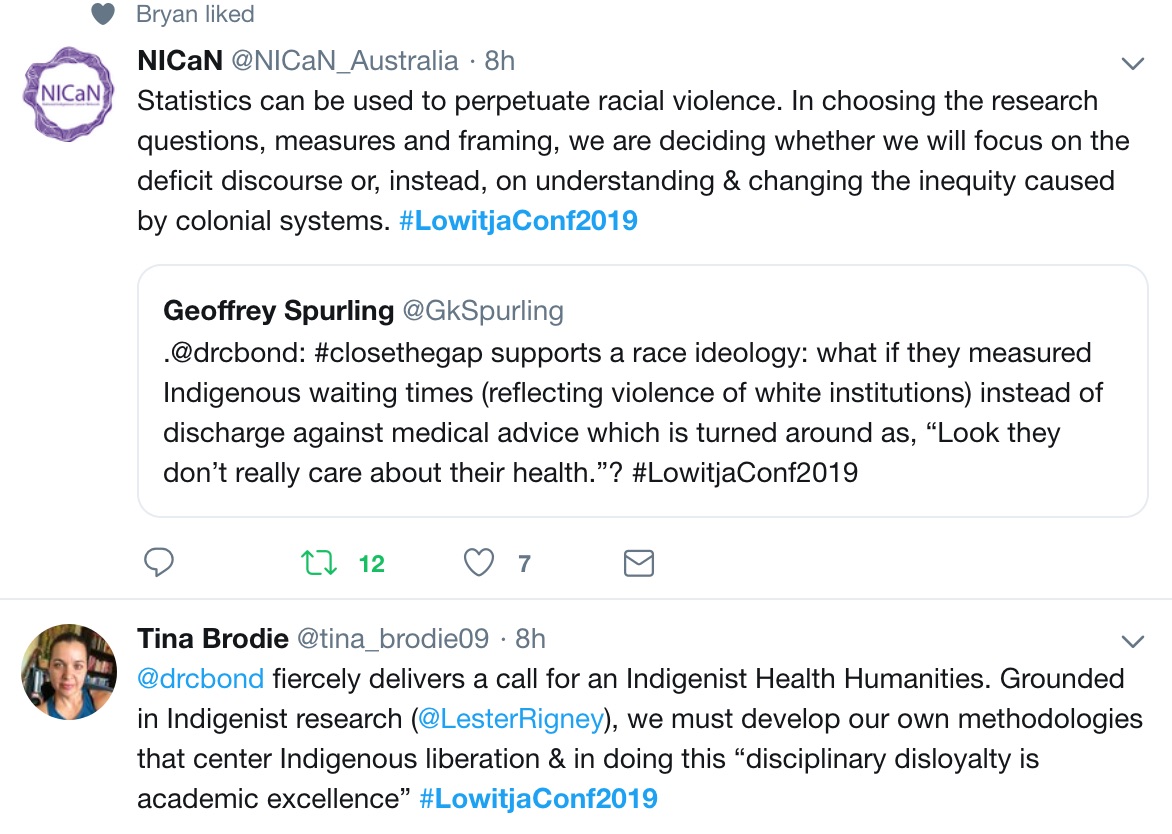 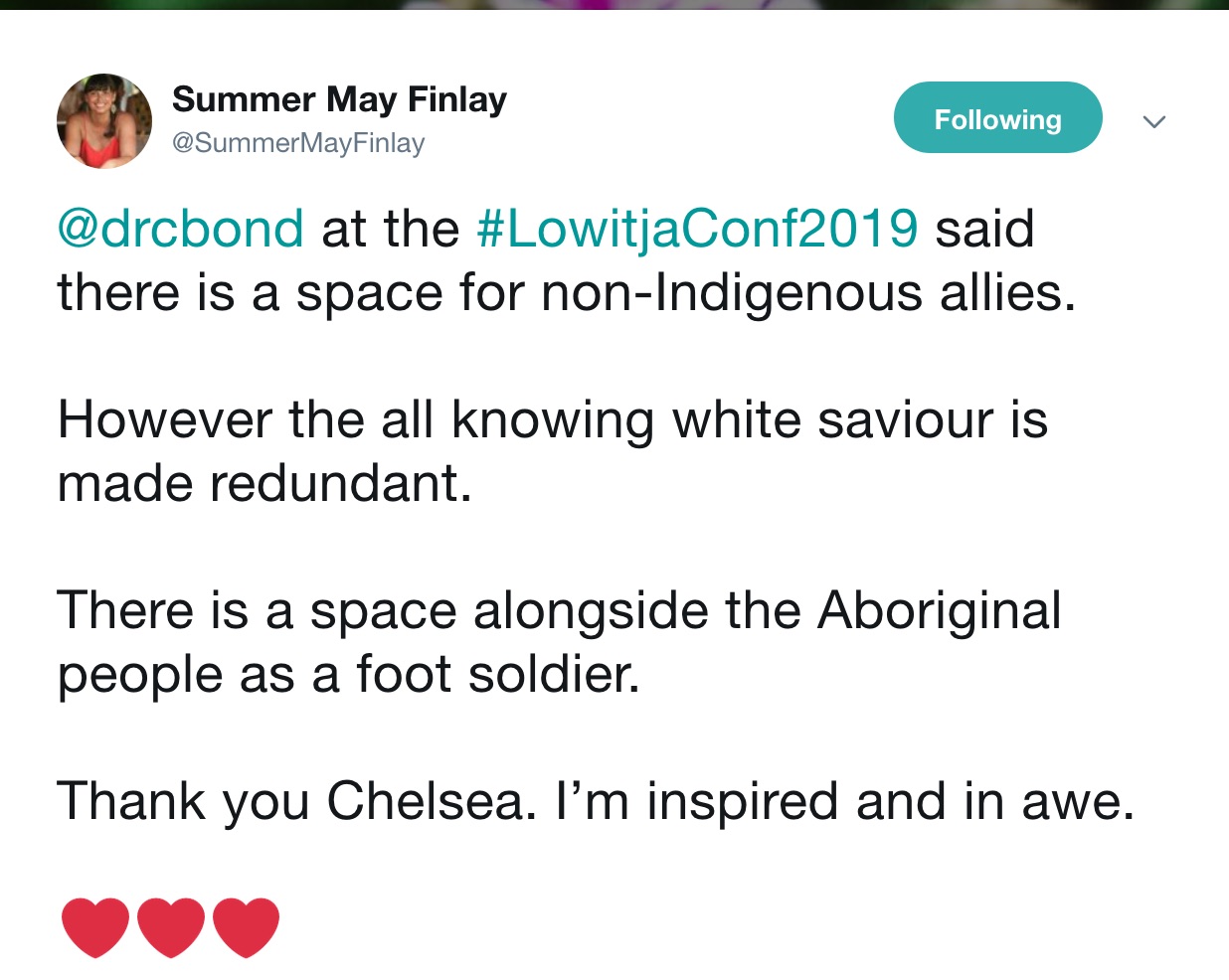 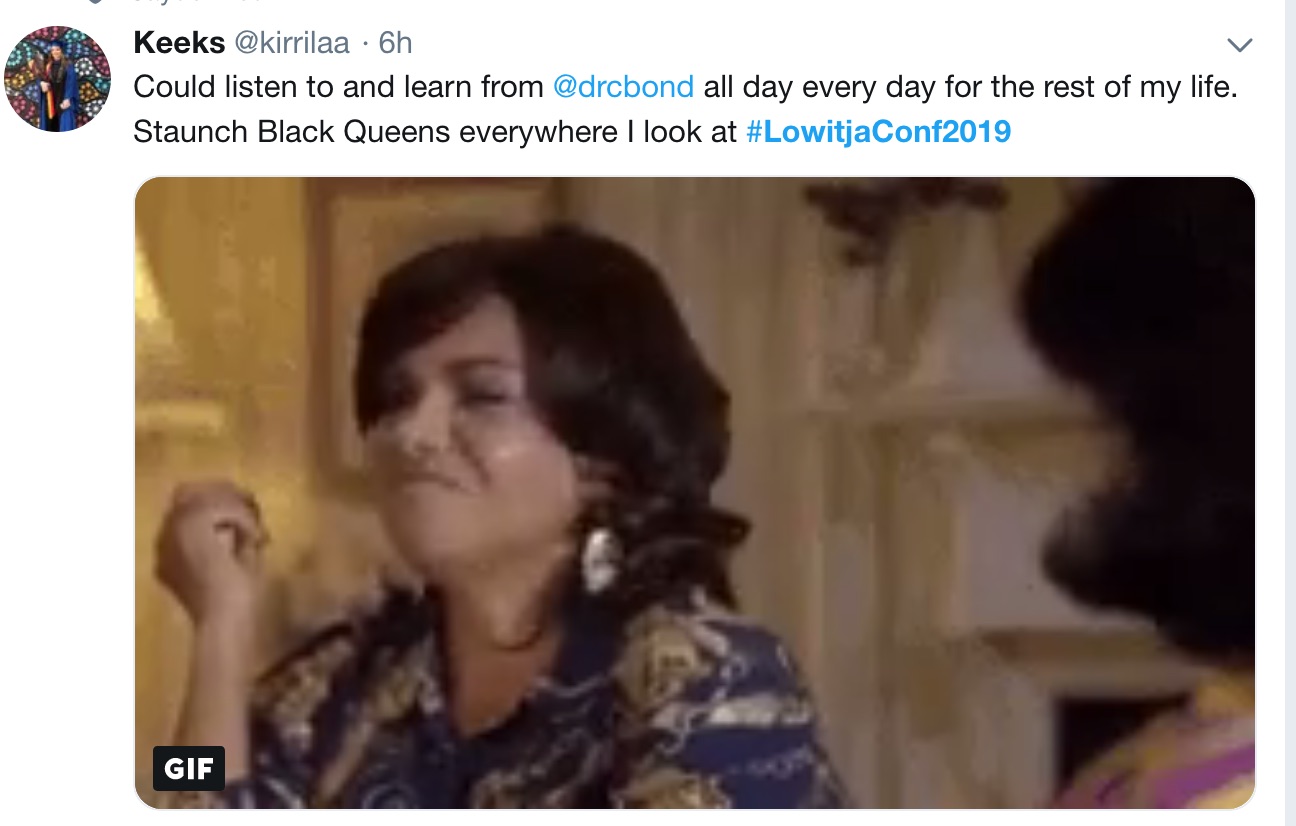 PrevPreviousSomewhere over the rainbow, $158 billion in opportunities lost
NextFor green cities to become mainstream, we need to learn from local success stories and scale upNext