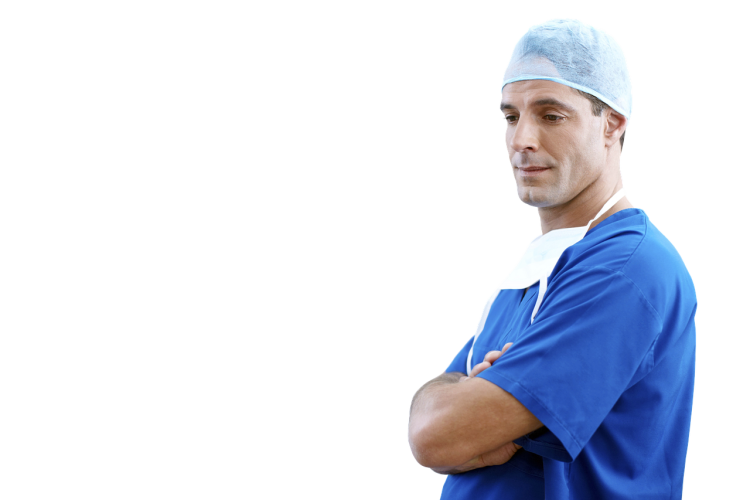 Mandatory reporting requirements compel treating doctors to report the ill-health of other health professionals, if they believe that their performance may be impaired due to the illness.

The aim of this requirement is to increase the safety and quality of medical care.  On one level this seems reasonable – after all no-one wants to be treated by a doctor who is not at peak performance.

However, this issue is complex and there are reasons why the mandatory reporting requirement could have unintended negative consequences for both doctors and their patients.

In today’s post, Dr Kerry Breen and Dr M Taffy Jones outline the reasons why they don’t believe that mandatory reporting of doctors’ ill-health achieves any benefits and how this practice can, in some situations, decrease the safety of healthcare.

This piece was originally posted in the blog Pearls and Irritations, published by John Menadue. It is re-posted here with permission.

Recent media coverage of the suicide of three young doctors in NSW has reignited the call for scrapping the requirement of mandatory reporting by treating doctors of doctors (and other registered health professionals) who are unwell and possibly impaired. Suicide in young doctors is not just an issue in NSW.

We are aware of the suicide of seven doctors in training in Victoria in the last two years. Like our NSW colleagues, we too have been distressed by these events. Our remedy was to seek a combined coronial inquiry into the deaths but a request to the Victorian Coroner was refused. Changes to the mandatory reporting requirements cannot come too soon if more deaths are to be avoided.

The requirement for mandatory reporting by treating doctors (a quite separate and separable issue from mandatory reporting by non-treating doctors of doctors who are placing patients at risk of harm) was advised against when the national registration scheme was being designed, has been argued against since then by Goiran and colleagues in the Journal of Law and Medicine in 2014 and has been thoughtfully addressed in Canada.

Most recently, a review of the national registration scheme commissioned by the COAG Health Council, and conducted by Mr Kim Snowball, recommended that the legislation be amended to remove this requirement .

In his detailed report, on page 37 Mr Snowball observed that

He also noted that a similar exemption existed in Queensland. Mr Snowball’s recommendation has been deferred by the COAG Health Council ‘pending further research’.

Let us restate why mandatory reporting by treating doctors is unwise. The key argument lies in the reality that sick doctors will delay seeking help because of fear of stigmatisation and a threat to their professional status and livelihood through premature and unjustified reporting by treating doctors who themselves are made to feel insecure by the legislation. The distress and harm resulting from an inappropriate mandatory notification cannot be underestimated.

By delaying access to help, the risk to the community may be increased, more time may be lost away from work and avoidable deaths may result.  Additional arguments include the negative impact this requirement can have on the patient-doctor relationship (as Mr Snowball has correctly identified) and the difficulty a treating doctor is likely to have in deciding if the National Law applies.

It is important to note that this change will not remove the ethical and professional obligation on treating doctors to notify the regulator should an ill doctor-patient be practising and placing patients at risk.

To demonstrate the difficulty facing a treating doctor, consider this advice that appears on the website of the Medical Board of Australia:

“To trigger this notification, a practitioner must have placed the public at risk of substantial harm. ‘Substantial harm’ has its ordinary meaning; that is, considerable harm such as a failure to correctly or appropriately diagnose or treat because of the impairment. For example, a practitioner who has an illness which causes cognitive impairment so they cannot practise effectively would require a mandatory notification. However, a practitioner who has a blood-borne virus who practises appropriately and safely in light of their condition and complies with any registration standards or guidelines and professional standards and protocols would not trigger a notification. The context of the practitioner’s work is also relevant. If registered health practitioners, employers and education providers are aware that the employer knows of the practitioner’s impairment, and has put safeguards in place such as monitoring and supervision, this may reduce or prevent the risk of substantial harm”.

How can treating doctors be reasonably expected to interpret and apply such advice correctly in the context of busy daily practice?

Ill-health, which is usually beyond the control of the individual doctor, should have its own section in the national law. As one of us has previously commented “if this had been so from the outset, the unwise decision to make it mandatory for treating doctors to report an ill and possibly impaired doctor attending for care may have been avoided.”  A minor suggested change to the legislation at the outset was to alter the tense of the wording “placed” in Section 140 to read “will place” but this was never adopted.  The use of the past tense meant that no exception could be made for an impaired doctor who sought help and voluntarily ceased practising while receiving care.

Given the recommendation of the Snowball report and the arguments mounted by others as described above, ideally the Medical Board of Australia and the Australian Health Practitioner Regulation Agency should be urging the state and territory health ministers to have Section 140 amended as soon as possible.  There has been no public hint of this. Were the two bodies to do so, it might help them to rebuild the confidence that doctors need to have in the regulatory system for it to work effectively.

There is another obstacle to amending Section 140 and this lies in the unorthodox mechanism by which the “national law” was brought into being. It was decided by COAG that the original version of the national law would be introduced in the Queensland Parliament and that all other jurisdictions would then adopt the same law.

This process was not perfect as can be seen by the actions of NSW which chose to be a “co-regulatory” jurisdiction  and by WA where the Upper House insisted that treating doctors be exempted from the mandatory reporting provisions. This unorthodox approach has resulted in difficulties that should have been foreseen.

Any proposed amendments to the “national law” need first to be agreed by the COAG Health Council, not always a simple task. Under the national scheme each state and territory health minister no longer has direct responsibility for the regulation of the health professions in their jurisdictions. Responsibility is now so diffuse that no one health minister is in charge, a recipe for dithering and inertia.

Scrapping the mandatory reporting obligation of treating doctors, while important, will not alone prevent suicide by young doctors. There are other barriers to doctors receiving care.  A wide-ranging inquiry, possibly coronial, needs to examine other potential factors contributing to suicide among junior doctors.

One factor that should be examined is the support and rostering arrangements provided for junior doctors. Removing this responsibility from generic human resources departments and returning it to departments of medical administration where the pressures on doctors in training will be better understood might be a good starting point.

Dr Kerry Breen was the second Chairman of the Board of the Victorian Doctors Health Program and served as President of the Medical Practitioners Board of Victoria and of the Australian Medical Council.

Dr M Taffy Jones was the inaugural Chairman of the Board of the Victorian Doctors Health Program and served as Director of Medical Services at three major Victorian Hospitals.