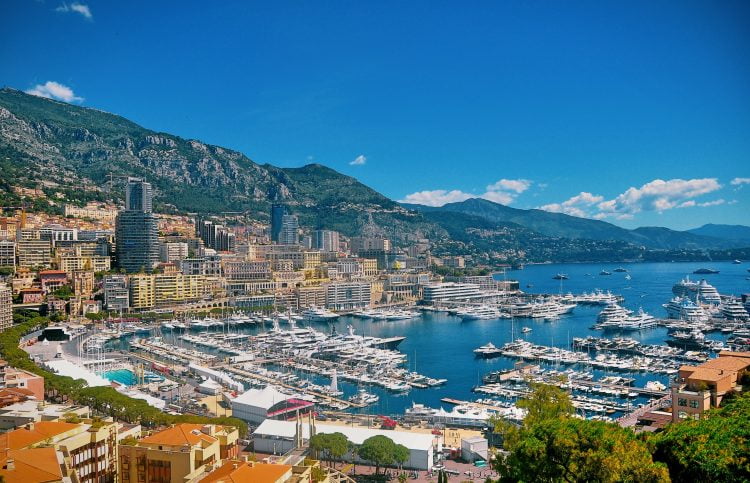 Playground of billionaires, Monaco. Photo by Victor He on Unsplash

Introduction by Croakey: Oxfam has urged governments to introduce a range of “billionaire-busting policies” in order to reverse an “inequality explosion” whereby the world’s wealthiest people have profited from many of the crises now facing the world.

In a new report released this week to coincide with the annual World Economic Forum meeting in Davos, Switzerland, Oxfam says the world should aim to halve the wealth and number of billionaires between now and 2030, with the eventual aim of abolishing billionaires altogether, as part of “a fairer, more rational distribution of the world’s wealth”.

The report, titled ‘Survival of the Richest: How we must tax the super-rich now to fight inequality’, calls for the introduction of one-off solidarity wealth taxes and corporate windfall taxes as well as much higher taxes on dividend payouts to stop crisis profiteering.

The revenue from these and other taxes should be used to increase government spending on “inequality-busting sectors”, such as healthcare, education and food security, and to fund a just transition to a low-carbon world, says the report.

It says the global polycrisis – of climate breakdown, energy and cost-of-living crisis, increasing poverty, and the pandemic – has brought huge new wealth to a tiny elite, and that over the last 10 years, the richest one percent of humanity has captured more than half of all new global wealth.

In a section titled ‘Every billionaire is a policy failure’, the report says extreme concentrations of wealth undermine economic growth, corrupt politics and the media, corrode democracy and propel political polarisation.

Oxfam research also shows that the richest are key contributors to climate breakdown: a billionaire emits a million times more carbon than the average person, and billionaires are twice as likely as the average investor to invest in polluting industries like fossil fuels.

“The very existence of booming billionaires and record profits, while most people face austerity, rising poverty and a cost-of-living crisis, is evidence of an economic system that fails to deliver for humanity,” says the report. It notes that food and energy companies more than doubled their profits in 2022, paying out US$257 billion to wealthy shareholders, while over 800 million people went to bed hungry.

The Federal parliament is currently running two related consultations: one by the Treasury on “measuring what matters” to track progress and wellbeing, with submissions up until 31 January, and a Senate inquiry into the extent and nature of poverty in Australia with submissions due by 3 February.

The terms of reference for the inquiry into the extent and nature of poverty in Australia illustrate the potential overlap between the two consultations. They include rates and drivers of poverty, the relationship between economic conditions and poverty, and the impact of poverty upon employment outcomes, housing security, health outcomes, and education outcomes.

Poverty rates and social determinants that are related to poverty and health are among the broader social and environmental indicators to be included within Australia’s Measuring what Matters Statement and the resulting framework.

These consultations are both timely.

There has been global growth in inequality within countries, and this trend of growing inequality is evident in Australia as well. ACOSS estimates that one in eight people live in poverty in Australia, including one in six children.

Oxfam released a report this week that found Australia’s richest one percent gained 10 times more wealth in the past decade compared to the bottom 50 percent. Billionaires rapidly increased their wealth during the pandemic.

Tax cuts for the richest and for corporations in recent decades have fuelled inequality in Australia and globally, resulting in the biggest increase in global inequality since World War Two. Corporate profiteering has been estimated as driving at least 50 percent of inflation in Australia.

Climate disruption is widespread, rapid and intensifying and also has unequal impacts. The World Economic Forum is being held this week in Davos and the programme calls for a new social contract in relation to work, skills and care and more ambitious, comprehensive and sustainable investment plans to help meet 2030 targets for emissions reductions.

It is important to measure what matters and take action on drivers of poverty to counteract the harms from these global trends.

Australia’s framework for measuring what matters should not simply be aspirational. The Living Standards Framework in Aotearoa/New Zealand provides an example of a framework with goals tailored to the NZ context which include climate, improving Maori outcomes and reducing child poverty.

Most importantly, New Zealand’s Framework is incorporated into budget and policy-making processes and all new policy proposals are required to not only specify their contribution to wellbeing but are also evaluated on the basis of this contribution.

Australia’s Measuring what Matters Statement and Framework need a requirement for policy proposals to contribute to wellbeing and be evaluated to ensure any contribution can be measured.

Similarly, the inquiry into the extent and nature of poverty in Australia needs to result in action to reduce poverty rather than simply documenting the drivers and impacts of poverty, which have long been known and documented by ACOSS and others.

Both consultations are an opportunity to argue for a renewed focus on equity in social factors and in health, to reverse the current trend of increasing inequality in health and social determinants.

The benefits of having these two consultations running at the same time include opportunities to advocate for overlapping actions to address both issues. Action on social determinants is key to both measuring what matters and reducing poverty, and the consequence of having two related consultations is that submissions will reach both the Treasury and the Senate.

A downside of having both consultations concurrently is that preparing submissions does take time and resources, and there is a risk of fewer submissions being made if individuals and organisations have to choose which to devote time to.

It is important that individuals, health professionals, organisations, and others in the community sector engage with both of these inquiries as a priority.

Having many voices arguing for a wellbeing framework that compels action against health and wellbeing indicators, providing information on the outcomes of government policies, will ensure we truly are measuring what matters. Calls for action on poverty, including development of an official measure of poverty to be included in this framework, will support ongoing efforts to build political will for action to reduce poverty.

Submissions to inquiries such as these can effect change in combination with continued advocacy on related issues beyond these inquiries. Our work will not stop with the respective deadlines of 31 January and 3 February.

Dr Joanne Flavel is an economist and public health researcher, and Research Fellow at Stretton Health Equity in the Stretton Institute at the University of Adelaide. Joanne is actively involved in the Public Health Association of Australia and the Australian Health Promotion Association. She received the PHAA Emerging Leader Award and the Health Promotion SIG Early Career Award for Research in 2022. She has lived experience of relying on income support payments and living in a family where income support payments were the only income.