Big Tobacco and plain packaging: another smoke and mirror job? 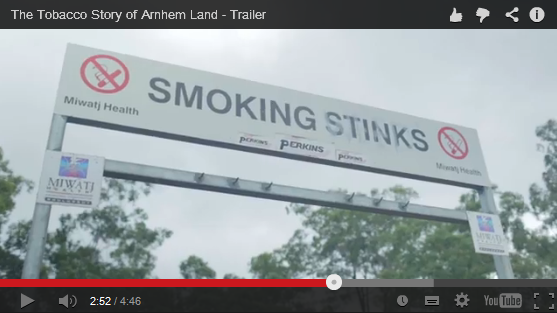 While trying to ward off moves towards plain packaging in other countries, the tobacco industry’s strategy may be sounding another death knell for itself in Australia, argues Professor Nick Talley, President of the Royal Australasian College of Physicians, in the post below.

If the industry wants to persist with claims that plain packaging could encourage a shift to cheaper cigarettes, he says, then the appropriate policy response is not to dump plain packaging, but to make sure there is no such thing as a cheap cigarette.

The British Medical Association has also upped the ante, backing a policy at its annual representatives meeting for cigarettes to be banned to anyone born after the year 2000 – to help create “the first tobacco-free generation“.

Also worth reading is the Designed for Addiction report issued in the US by the Campaign for Tobacco-Free Kids, based in part on the latest report by the US Surgeon General: The Health Consequences of Smoking—50 Years of Progress. More details at the bottom of this post.

And watch this teaser trailer for a  documentary  on  Indigenous  smoking developed by Miwatj Health  to  address  high  rates  of  smoking  amongst  the  Yolŋu  people of East  Arnhem  Land.

Countries such as the United Kingdom and Ireland are currently looking to Australia as the leader in legislating for plain packaging of tobacco, but the value of plain packaging has lately been disputed based on recently publicised statistics. So let’s review the facts.

Plain packaging of tobacco was introduced in Australia with full support from across the political spectrum. The laws have now been in place for 18 months – since December 2012 – a relatively short timeframe in which to bring about behaviour change with a drug as addictive as nicotine. So it’s still early days. Yet Big Tobacco has already gone on the attack saying the impact on tobacco use isn’t as big as had been expected and therefore the policy should be dumped.

Because plain packaging in effect does away with brands, there are claims that this encourages smokers to pay more attention to price. Allegedly, this may lead to smokers switching to cheaper cigarettes, and smoking more of them because they’re cheaper.

Reliable data from the Australian Bureau of Statistics (ABS) shows a 2.9 per cent fall in consumer spending on tobacco between the December quarter 2012 and the March quarter 2014 (This is based on trend data which, according to the ABS, is more suitable than seasonally adjusted data for policy decisions. In fact, using the seasonally adjusted data would yield an even larger reduction of 5.3 per cent.).

Recently released Commonwealth Treasury data backs this up, with 3.4 per cent fewer cigarettes sold last year than in 2012. The fall is even larger when adjusted for population growth, with the number of cigarettes sold per person falling by 5 per cent over that year.

Big Tobacco claims that its own industry data refutes the ABS and says that sales of tobacco have increased since plain packaging was introduced. However, they have not released their full raw data to independent analysis, echoing previously discredited tactics used over many years by the tobacco industry.

In fact, the available studies suggest there is likely to be a positive impact from plain packaging in reducing smoking rates. A 2012 study by economists Harry Clarke and David Prentice reviewed evidence from around the world on earlier restrictions on tobacco advertising. They concluded that while it was ‘possible’ that plain packaging could lead to some ‘substitution effect’ towards cheaper cigarettes, this has to be balanced against its effects in discouraging future smokers and increasing ‘quit rates’.

Moreover, they note that there is an easy way to avoid these ‘substitution effects’ while still leveraging the full anti-smoking effects of plain packaging – namely by further increasing cigarette excise rates to keep the price barrier intact.

The recent Independent Chantler Review of plain packaging conducted in the UK came to similar conclusions when it looked at the Australian experience. This concluded that ‘there is no evidence to date of a commoditisation of the market leading to immediate and widespread price reductions in Australia’ and that any price reduction impacts could be readily mitigated by increasing tobacco taxes.

So who should you believe? When I was growing up I remember encountering a statement popularised by Mark Twain (Samuel Clemens):

“There are three kinds of lies: lies, damned lies, and statistics.”

And Big Tobacco is arguing a pointless case. If it wants to persist with claims that plain packaging could encourage a shift to cheaper cigarettes then the appropriate policy response isn’t to dump plain packaging, it is to continue ensuring there is no such thing as a cheap cigarette.

The reality is you can’t be a healthy smoker. When we consider what is best for the community, patients and the health system, we need to continue to deprive smoking of the glamour conferred on it by brands and advertising. At the same time, let’s tax cigarettes at a rate that discourages usage. Surely good public policy is capable of doing both at the same time. 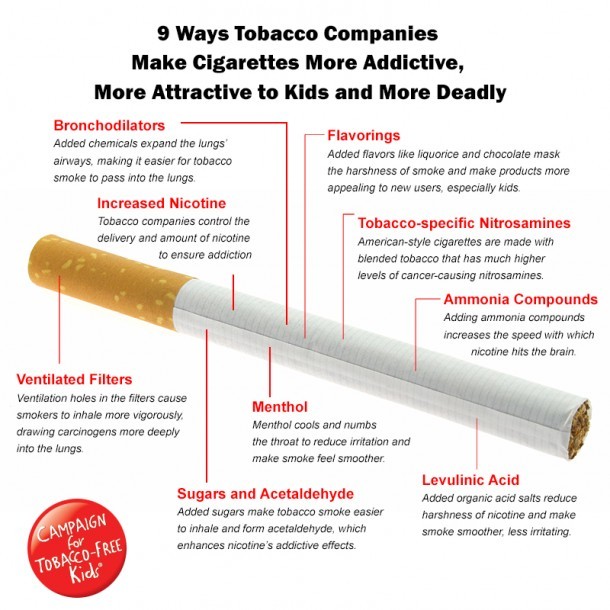 The US Designed for Addiction report was released on the fifth anniversary of a landmark law that gave the Food and Drug Administration the power to regulate tobacco products.

The report says tobacco companies have made cigarettes:

The Campaign and other public health organisations have called on the FDA to issue the first-ever product standard to reduce the toxicity, addictiveness and/or appeal of cigarettes and other tobacco products.

It notes that while the US has made enormous progress in reducing smoking, tobacco use is still the nation’s number one cause of preventable death.

PrevPreviousLiving longer, but chronic disease toll rising: Australia’s 14th biennial health report card (and what of its own future?)
NextClosing the gap in Indigenous health: how will we know?Next