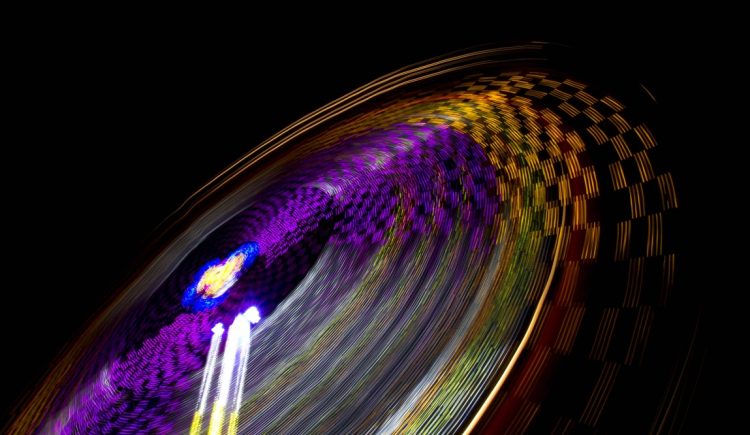 Shining light on industry spin, ahead of new guidelines on alcohol consumption. Image via unsplash, @david_sutton

In the lead up to the release of new draft guidelines on alcohol consumption, you only have to check the news headlines to see how the alcohol industry is strategising, according to Professor Peter Miller from Deakin University.

The article below was first published at The Conversation.

Over recent weeks, the alcohol industry has been drumming up media discussion around Australia’s new drinking guidelines.

Australia’s guidelines on alcohol consumption are under ongoing review by the National Health and Medical Research Council (NHMRC), with new draft guidelines expected to be released in November.

The alcohol industry has labelled the current guidelines (two standard drinks per day and four in any heavy episode of drinking) as harsh, and voiced concern the guidelines may be tightened further.

Read more: Politicians who become lobbyists can be bad for Australians’ health

The global alcohol industry has been increasingly proactive in trying to undermine the ever-improving science on the harms associated with the product they make money from manufacturing, promoting and selling.

This is somewhat unsurprising given the industry would be significantly less profitable if we all drank responsibly. 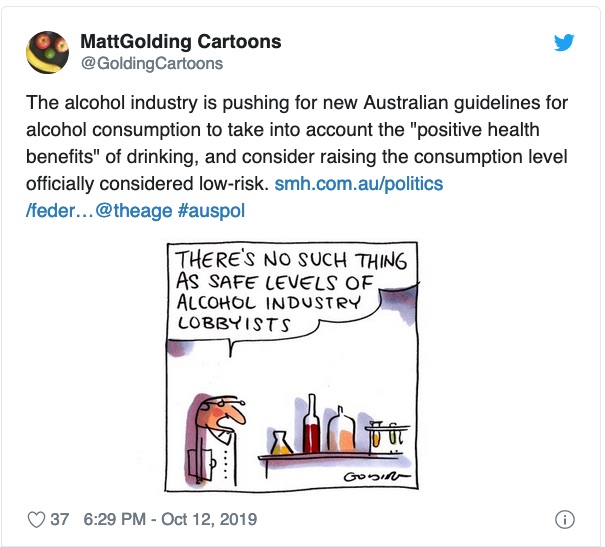 Panels of scientists develop drinking guidelines around the world by assessing the best and most up-to-date evidence on alcohol and health, and determining consumption levels which might put people at risk.

They then provide the information to health professionals and the public to allow people to make informed decisions about consumption. The guidelines are neither imposed nor legislated.

So how are the industry players trying to protect our drinking culture from such “harsh” guidelines?

Alcohol Beverages Australia: who they are and what they’re claiming

Alcohol Beverages Australia (ABA) is an industry body for global alcohol producers and retailers, including Asahi Brewers from Japan, Diageo Spirits from the UK, Pernod Ricard from France, Coca-Cola Amatil from the USA, and many others. Bringing together multiple industry groups to lobby government was a key strategy developed by the tobacco industry.

The NHMRC review of Australia’s drinking guidelines was open to public submissions on the health effects of alcohol consumption until January 2017. At this time, the ABA submitted a report claiming drinking alcohol carries health benefits including a reduced risk of heart disease, stroke and diabetes. They requested the review take this into account in drafting any new guidelines.

In their communications with the media this month, the ABA resurfaced their 2017 submission to the process. It seems they have not updated the information to reflect the latest evidence.

Read more: Ten reasons some of us should cut back on alcohol

The most up-to-date evidence has shown previous research was substantially flawed in terms of the relationship between alcohol consumption and heart disease, blood pressure, breast cancer and overall mortality.

We know consuming any type of alcohol increases the risk of developing cancer of the bowel, mouth, pharynx, larynx, oesophagus, liver and breast. The World Health Organisation has classified alcohol as a class 1 carcinogen, along with asbestos and tobacco, for decades.

Any health benefits the ABA demonstrated evidence for is outweighed by the risks.

Alongside claiming the benefits of drinking alcohol need to be considered, to make their case, the ABA have compared drinking guidelines across different countries. In doing so, they are seeking to highlight Australia’s guidelines are ‘stricter’ than those of most other countries.

Those countries with 0.08mg of alcohol per L of blood as the legal limit are willing to accept more than triple the risk of having a car accident than Australia’s 0.05.

We need to ask whether these are countries whose health and safety models we want to follow. 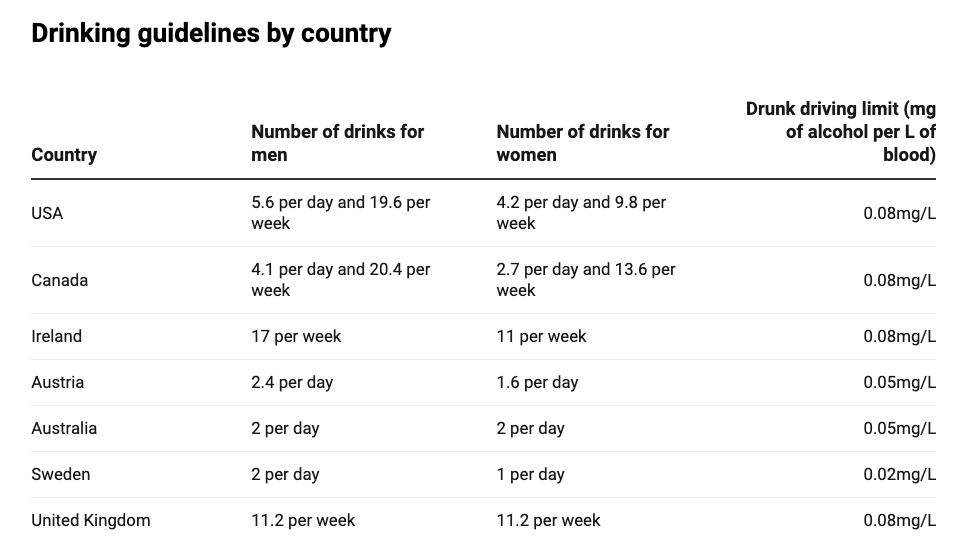 Read more: Health check: is moderate drinking good for me?

This is not a new problem

The industry is using language like “harsh” and “strict” to ferment public opposition to any tightened guidelines.

This spin strategy is predictable. The alcohol industry has been fighting for many decades to preserve profits over public safety, disregarding consumers’ rights to know the contents of their products, and the harms associated.

They fought against the 0.05 drink driving limit in the 1950s, and have successfully stopped Australian governments telling us about the cancer risk associated with alcohol consumption. For example, while policymakers have proposed warning labels with information about cancer risk be placed on alcoholic drinks, this is yet to eventuate.

The ABA is currently resisting a push to explicitly warn consumers drinking is harmful to unborn babies by means of mandatory labelling on all alcohol containers, suggesting it’s “too much information”.

These examples show how the industry continues to actively muddy efforts to educate the public of the harms of alcohol consumption.

Read more: Alcohol increases cancer risk, but don’t trust the booze industry to give you the facts straight

Notably, we’ve seen all of this before, particularly in the tobacco industry, or “big tobacco”, which has previously employed strategies to minimise health concerns and delay effective legislation.

So it’s hard not to wonder if the ABA are worried about the bottom line of their corporate masters, and therefore trying to influence deliberations through a media campaign, similar to those previously used by the tobacco industry.

• Peter Miller (PhD) is a Professor of Violence Prevention and Addiction Studies and Director of the Deakin University Centre for Drug, Alcohol and Addiction Research (CEDAAR: www.deakin.edu.au/cedaar).