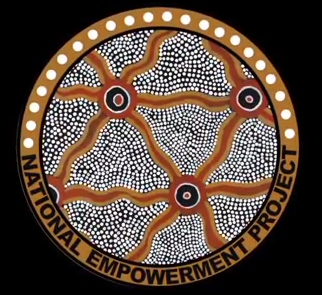 Both the Coalition and Labor parties made substantial commitments on mental health, including on suicide prevention, in the recent election campaign. See previous Croakey posts (part 1 and part 2) on promises and responses from major mental health stakeholders.

But as we still await the outcome of the July 2 poll, there are concerns about urgent funding needs and policy gaps, including efforts to deal with the devastating rate and impact of suicide in Indigenous communities.

The ABC’s The World Today reported on Wednesday about “turmoil” in headspace in the wake of the resignation of its CEO and five board members.

Also, a study published this week in the Medical Journal in Australia has found that nearly one in five parents or carers of Aboriginal children suffers a high level of psychological distress.

The findings are from the Study of Environment on Aboriginal Resilience and Child Health (SEARCH), a partnership between Aboriginal community controlled health services (ACCHS) and researchers.  Study lead author Dr Anna Williamson from the Sax Institute said:

“While it’s clear that improving the mental health of parents and carers of the next generation of Aboriginal young people must be a priority for closing the gap, existing research indicates that Aboriginal parents often feel unable to access mental health services for fear of their children being removed.”

SEARCH partner and CEO of Tharawal Aboriginal Corporation Darryl Wright said the research highlighted the importance of strong relationships many ACCHSs had built with mainstream health services such as hospitals and mental health services.

Croakey readers may also want to follow Yorta Yorta woman and public health specialist Summer May Finlay at @wepublichealth on Thursday, who is tweeting about social and emotional wellbeing (SEWB) as part of her #NAIDOC2016 discussions.

Only two or three of these sites will be sponsored in Aboriginal and Torres Strait Islander regions reporting elevated risk to suicide. 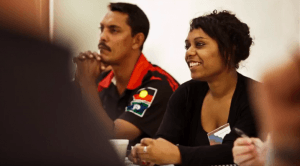 The Commonwealth has funded the national Aboriginal and Torres Strait Islander Suicide Prevention Evaluation project (ATSISPEP), and therefore should be guided by its experts.

Professor Pat Dudgeon, project leader of the ATSISPEP, alongside Adele Cox and others, has developed the National Empowerment Project – an Indigenous-led suicide prevention project – through the University of Western Australia and with local Aboriginal partnership organisations across the country since 2012.

The NEP consists of 11 sites across the nation, working to build capacity and strengthen communities, as well as ongoing support and engagement with the Kimberly Empowerment, Healing and Leadership  program (KEHLP) program based in Broome. One in seven of Aboriginal and Torres Strait Islander suicides are in the Kimberley alone, and the south west of WA is seeing a rising trend.

Incomprehensibly, only the Kuranda and Cherbourg sites are funded, through the Queensland Mental Health Commission.

Both the Coalition and Labor have made commitments of up to $24 million a year for the 12 regional suicide prevention pilot projects.

The commitment to just one trial site alone would be enough to fund most of the 12 NEP sites.

Former Australian of the Year Fiona Stanley has described the NEP as “the most innovative program in the nation” and a “no-brainer”. Professor Pat Dudgeon said it can make the difference to suicide in Aboriginal and Torres Strait Islander communities that we are all looking for.

More than 5 per cent of Aboriginal and Torres Strait Islander deaths are registered as suicides, an abominably horrific catastrophe. However because of under-reporting issues the suicide rate is much higher, around 10 per cent.

“One in seven of Aboriginal and Torres Strait Islander suicides are in the Kimberley alone, and therefore funding the original site, Broome, that led to the national project, is a must-do. The south west of WA has one of the nation’s highest increasing suicide trends. All NEP sites must be funded by the Commonwealth and there should be no delay as the self-harming and suicide rates right around the nation are increasing.”

PrevPreviousCalling out from country for law reform for Just Justice (and wonderful rock art photos)
NextRise & be heard: Joining forces to ask questions, demand answers on poverty – and to be shown some respectNext