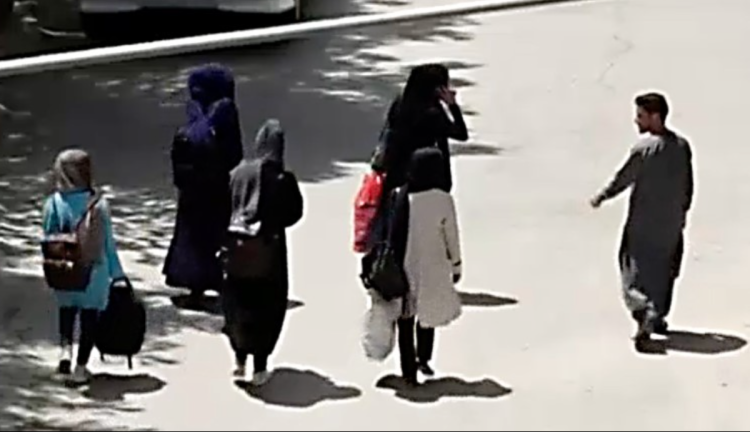 Introduction by Croakey: Disturbing images of the Taliban takeover of Afghanistan have raised concerns worldwide for the Afghan people and in particular for women and girls.

History shows that under previous Taliban rule, women suffered so terribly that Afghanistan had the world’s highest maternal mortality rate, and had limited access to healthcare.

Professor Mike Toole, from the Burnet Institute, is a medical epidemiologist and public health physician with 45 years experience working in low-income countries, including Afghanistan.

In the post below he recaps the appalling record of the Taliban on women’s health, and suggests strategies for the international community and aid organisations to safeguard the human rights of women and girls, and protect the health gains of the past two decades.

The swift takeover of power by the Taliban has broad implications for the Afghan people. But one of the most potentially dire outcomes might be on the health of Afghan women and girls.

Soon after the Taliban took over government in September 1996, a decree was issued prohibiting male doctors treating female patients. While female doctors were permitted to keep working, they were often harassed in the streets and had to catch the very few segregated buses that were allowed to take women. In one Kabul hospital, the number of female doctors fell from 200 to 50 within six months.

In 1997, the regime banned all women staff and patients from 22 public hospitals in Kabul. The single hospital accessible by women had only 35 beds and no electricity, clean water and oxygen. After international furore erupted, the regime was persuaded by the International Committee of the Red Cross (ICRC) to relax some of the restrictions.

Nevertheless, there were major barriers to women accessing healthcare, such as the requirement to be accompanied by a close male relative. This was problematic for the thousands of women who had lost husbands, sons and brothers in the preceding decades of war.

There were only a few female obstetricians who could manage complications of pregnancy and childbirth and male obstetricians were not permitted to touch women’s bodies. These constraints inevitably led to an increase in the maternal mortality rate. In 2000, the year before the Taliban was overthrown, it was the highest in the world at 1,450 per 100,000 live births.

With the average Afghan woman giving birth to more than seven children at the time, this translates as a woman having a one in ten chance of dying in childbirth during her reproductive years.

I first visited Afghanistan in 2009 with a small team commissioned by the World Health Organization (WHO) to review the polio eradication program. At the time, it was one of only four countries where the poliovirus was still endemic (the others were Pakistan, India and Nigeria). That first of several visits to the country took me to provinces such as Jalalabad, Kandahar and Helmand.

The decision to allow a child to be vaccinated against this disease that causes lifelong paralysis largely relies on the consent of their mothers. But given the closeted lives of so many Afghan women, ensuring access to accurate information is crucial.

Given this, I was thrilled to visit a “Women’s Courtyard” in Jalalabad where women came together and had their concerns and questions about polio vaccine addressed by trained volunteers.

Then, on the day of a national polio immunisation campaign, these women would hit the streets with their vaccine carriers and administer the oral vaccine to kids in their neighbourhood, something they couldn’t have done during the Taliban’s rule.

This was a small snapshot of the freedoms that were afforded women, and their children, in the post-Taliban era. 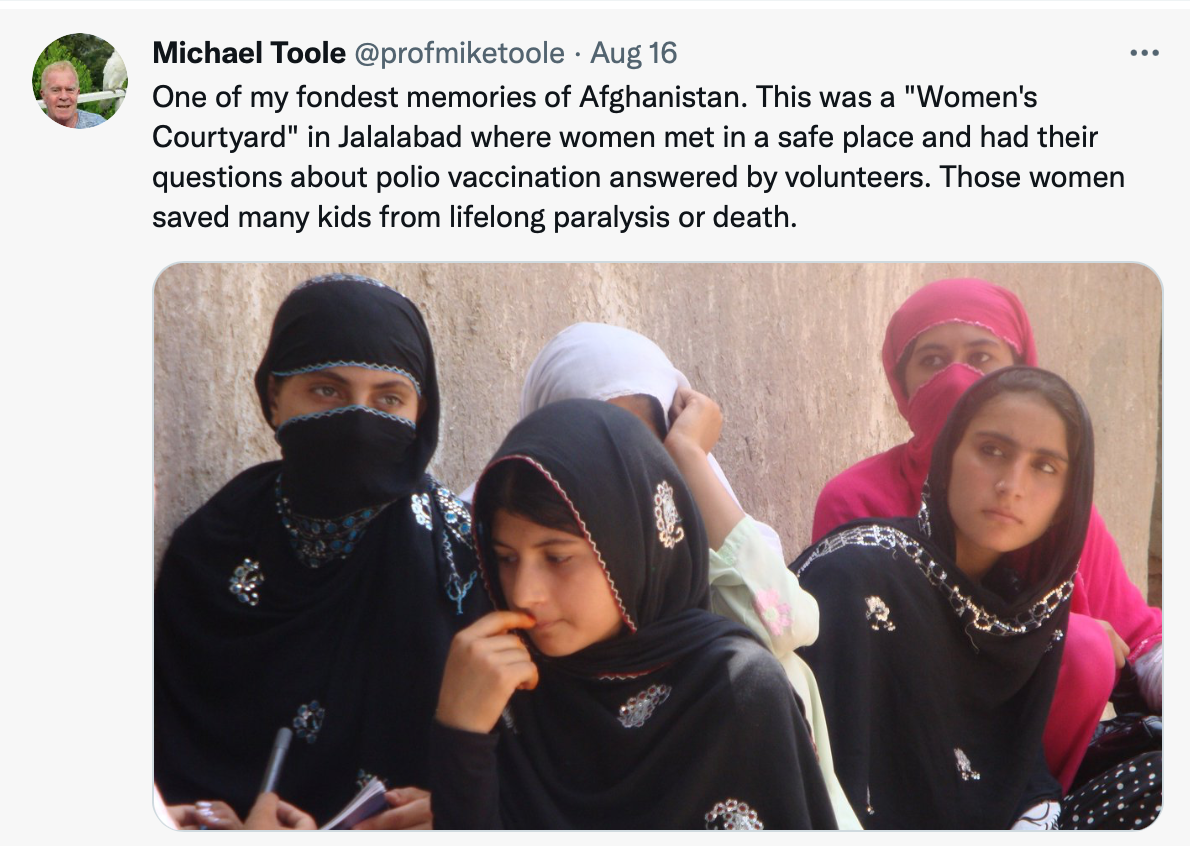 The impact of the post-Taliban decades

While we can argue about the military strategies employed by the NATO allies, it’s hard to deny the gains made by women and girls in the years since the Taliban regime was ousted.

Education is a standout. During the Taliban regime, girls could only attend school until the age of eight and even then only for religious teaching.

In the past two decades, millions of girls have attended school. The proportion of girls in first grade reached a peak of 66% in 2011. However, as Taliban forces occupied many rural districts, that figure fell to 57% in 2015. However, the number of female students in universities continued to climb, reaching a record 44,720 in 2017.

The other gain during this period was vastly improved access to healthcare. Thousands of midwives and birth attendants were trained, antenatal clinics established down to the district level and the maternal mortality rate declined from the high of 1,450 per 100,000 live births in 2000 to 638 per 100,000 in 2017.

And what about polio? The number of so-called wild poliovirus cases reported annually has fluctuated in the years since 2000 with a high of 80 in 2011 and a low of 13 in 2016. This year only one case has been reported to 18 August.

Will the Taliban continue to support this critical program?

My own experience suggests it might. In 2011, I had a meeting with the Kandahar provincial governor. He made a call on his mobile phone to a local district Taliban commander.

When I asked him if he would support  the upcoming polio vaccination campaign he replied, “…of course, I don’t want my children to suffer polio…”

This was in stark contrast to the ban on all child vaccinations across the border in areas controlled by the Pakistan Taliban.

What can the international community do now?

Any further military action is out of the question. However, there must be proactive diplomatic efforts to restart dialogue with the Taliban in Qatar to seek a commitment to a peaceful transition and to safeguard the protection of human rights, especially those of women and ethnic minorities.

Long trusted intermediaries like the ICRC and the Carter Centre’s Conflict Resolution Program should be engaged to ensure mutual trust. Both these agencies have experience in creating “humanitarian corridors” that could enable the safe delivery of international aid to vulnerable communities.

However, it will largely be the Taliban’s attitudes to women and girls that will be the determining factor. At the first press conference, their spokesman said “Women will be very active in this society but within the frameworks of Islam. We are guaranteeing all their rights within the limits of Islam.”

We’ll have to wait and see what that means.

Also read: Urgent calls for Federal Government to step up on Afghanistan crisis

See our extensive archive of stories about human rights.