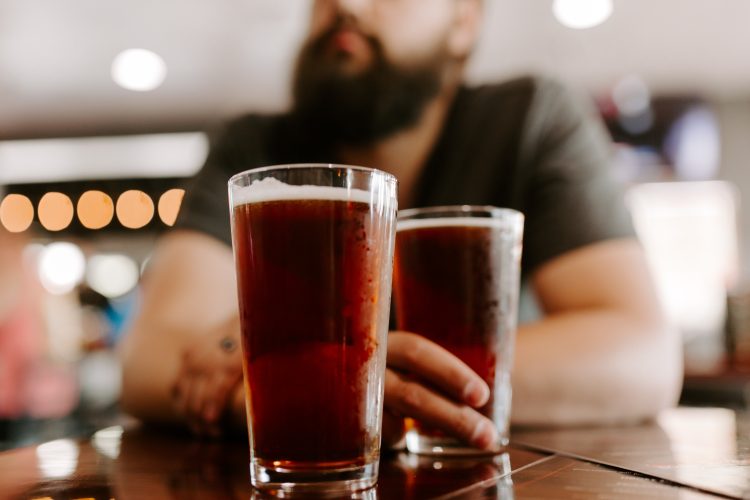 When the political and commercial determinants of health converge...Photo by Julianna Arjes on Unsplash

Introduction by Croakey: Even before the COVID-19 pandemic began, polls found that almost three in four Australians who drink do so most frequently at home — either their home or someone else’s.

This would have only increased as measures introduced to combat COVID have limited access to pubs, bars, clubs and restaurants. The alcohol industry has been active in encouraging governments to put profit over health, in an effort to minimise the impact of the public health response on their industry

In late March, Western Australia was the only jurisdiction to introduce restrictions on the sale of prepackaged alcohol in response to concerns that dealing with alcohol-related harms would divert health system resources away from responding to the pandemic. The restrictions were short lived, being lifted only weeks later on 20 April.

Danica Keric and Julia Stafford shine a light on how the alcohol industry sought to influence the WA government to lift the restrictions on sale of alcohol for consumption in the home.  A version of this article was first published in the Drug and Alcohol Review.

“If we want people to stay at home, if we want them in a good state of mental health with a conviviality that encourages them to adhere to social isolation, we’ve got to ensure they have access to the social norms such as enjoying a drink.”

Our new commentary piece published in the journal Drug and Alcohol Review suggests this shouldn’t come as a surprise, as there was a deliberate move by the alcohol industry to frame alcohol as an essential product, including for our mental health, during the pandemic.

In March, back at the beginning of Australia’s response to the COVID-19 pandemic, Western Australia was the only jurisdiction to introduce restrictions on the purchase of packaged liquor.

These were intended to limit the impact of alcohol on our health system resources, which the WA Premier, the Hon Mark McGowan MLA, said “we simply cannot afford to spare during the COVID-19 situation.”

With this move, WA became the focus of activity by alcohol industry representatives who encouraged the Government to remove the restrictions and replace them with a new, voluntary initiative developed by Retail Drinks Australia.

We saw this as a unique opportunity to gain insight into the arguments that alcohol industry representatives made in the midst of the pandemic, which was a time of increased focus on public health and significant impact on the alcohol industry.

We looked at alcohol industry representatives’ comments in media and online publications during this period of public discussion of alcohol policy in relation to the pandemic in WA.

We observed that the arguments alcohol industry representatives used in response to the WA packaged liquor restrictions are commonly used more broadly by the alcohol industry.

In framing alcohol as an essential product, alcohol industry representatives implied that alcohol is an essential part of our culture, for our mental health and wellbeing, and for the economy.

For example, a representative of Australian Grape and Wine said that alcohol is “a way of life for many Australians [and] in moderation it’s good for your health.”

Statements like this and the above from Retail Drinks Australia are highly concerning because not only are they inconsistent with the evidence, they also further spread the myth that alcohol is needed to cope with the stress of a pandemic.

These statements are contrary to the World Health Organization advice that access to alcohol should be restricted during the pandemic and the WA Government’s Alcohol.Think Again campaign, which advises that alcohol can weaken our immune system and worsen our mental health.

Alcohol industry representatives also criticised the WA restrictions as being too strict and ineffective, and “so low they are likely to lead to an increase in shopping”.

These types of arguments were used to encourage the WA Government to replace its restrictions with the voluntary initiative, despite the two initiatives aiming to achieve different goals.

There are indicators that alcohol industry peak bodies and representative groups will continue to interfere in public health policy beyond the pandemic.

A recent article by Professor Peter Miller in Croakey highlighted that Alcohol Beverages Australia is looking to employ an individual to “deliver intellectual dominance in alcohol policy”, who as Miller writes, would be working to cast doubt over science.

The job ad provides insight into the strategic goals of alcohol industry organisations, which appear to be to undermine alcohol policy in Australia, as Miller has pointed out.

Now, more than ever, we need to make sure that our decision makers are well-informed and that they prioritise the health and wellbeing of our communities over industry profits.

To achieve this, it’s important that the public health sector continues to collect evidence of and expose industry tactics to interfere in the development of public health policy.

PrevPreviousIs it time for Australia to implement kids-only COVID-19 briefings?
NextPop-up cycleways are popping up everywhere! What is their future?Next