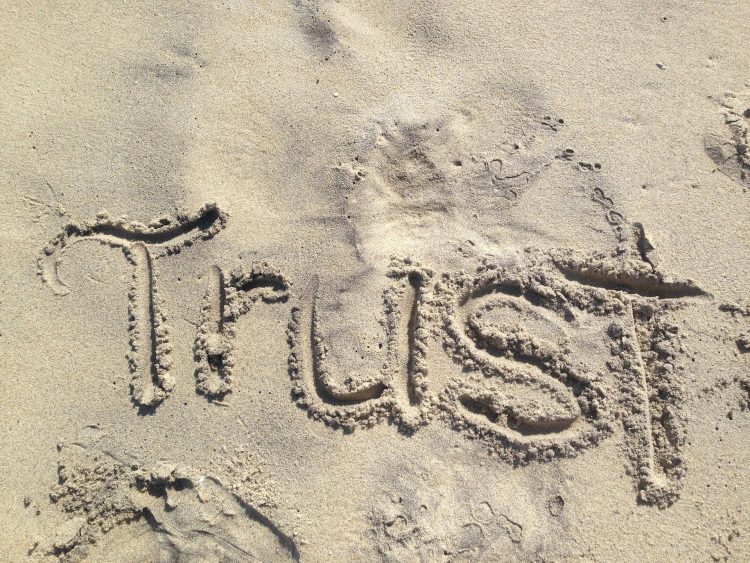 Image by Lisa Caroselli from Pixabay

The NDIS is fighting a trust deficit. Its future depends on putting this right

Reynolds said she was sorry that some of Australia’s most vulnerable people had been stressed by the possible impact of the independent assessments, which disability advocates have fought hard against for months.

However, the Minister flagged that significant reform was still on the table, with the Federal Government considering the NDIS “not sustainable” due to the current numbers of people entering the Scheme and the average funding levels. It now included some participants it was “never designed for”, she said.

Ministers agreed to work in partnership with those with lived experience of disability through the (NDIS) Independent Advisory Council and disability representatives, on the co-design of a new person-centred model that delivers consistency and equity in access and planning outcomes, consistent with the legislative requirements for assessments as set out under the National Disability Insurance Scheme 2013 Act.”

The Joint Standing Committee on the National Disability Insurance Scheme also issued a statement today, saying it is aware that the Disability Reform Ministers’ meeting agreed independent assessments will not proceed, but that its inquiry into the proposal “is ongoing”.

The proposed implementation of the National Disability Insurance Scheme’s (NDIS) independent assessments has been abandoned in its current form and this is a great victory for all the people with disability and supporters who have campaigned against it.

The National Disability Insurance Agency (NDIA), which runs the NDIS, contracted our team from the University of Sydney to externally validate the findings of their pilot of independent assessments.

Our team included people with qualitative and quantitative methods expertise, lived experience of disability and understanding of the broader policy and service context around the NDIS.

By requesting this validation work, the NDIA acknowledged that the process and findings of the evaluation they conducted may be questioned in terms of credibility and trustworthiness.

This request for external validation reflects the need for the NDIA agency to counter the general mistrust towards it  in the sector.

The NDIA unfortunately has a poor reputation in the disability community around openness and we were concerned that our involvement in the project would be taken out of context by the NDIA or Federal Government, who we feared might use it as a way of arguing for independent assessments.

This has been an issue in the past, and indeed our own team has borne the brunt of poor communication from the NDIA (see this Crikey article and more recent coverage here).

We were worried about potential reputational risk to our research centres from involvement with the NDIA on this very controversial pilot, concerned that the broader disability community might see our involvement as tacit support for the process — which, to be clear, we did not support, as evidenced in our various consultation submissions (see here and here).

We were concerned about the very tight timeline around the process and the conditions in which the evaluation was conducted. However, we felt a strong duty to really understand how participants reported their experience of independent assessments and that we should work collaboratively with the NDIA to report the results. We made it clear to the NDIA that we would need to be able to report on these limitations, which we did.

It became clear as soon as we saw the results that it would be very hard for the Government to ‘spin’ them and proceed with the independent assessments in their current form.

While many people were positive about some aspects of the process, there were huge problems identified in relation to the use of assessment tools, the competency of assessors in using them, and assessor understanding of a range of experiences of disability.

We also found that the evaluation was limited in key ways. We described concerns around the lack of separation between those collecting the data (the NDIA) and the participants (receiving life-changing services through the NDIA).

We felt that there was a clear imbalance of power here, in particular, where people provided consent to have their plans linked to their survey responses and highlighted in our report the concern that this relationship and data collection process might have impacted participant responses.

Many of the people in the initial survey had not received their reports at the time they filled in the survey, which meant that they were commenting on the process without having fully completed it.

Our own analysis was limited due to time pressures and subsequent data management issues.

Further data analysis would have been possible given greater time, and deeper analysis of the data is warranted, in particular to understand the experiences and predictors of positive experience (or otherwise) by different cohorts of people with disability.

We summarise these limitations in our report.

Our overall experience of working with the NDIA evaluation team was a positive one and they were responsive to the limitations we reported around the evaluation limitations.

We worked with NDIA in an iterative way through successive drafts of their report. We found that the results, as interpreted by the NDIA, were largely representative of participant views as interpreted in our own analysis.

Our experience showed that open and trusting relationship with the NDIS was possible even with something as contentious as independent assessments.

So-called cost blow-outs to the NDIS were leaving people with disability to understand that they individually were to blame and that they would pay for the blow-outs through their individual budgets. Whether or not the NDIS and Federal Government tried to link these two issues, this seems like a disastrous strategy for public trust in independent assessments.

While people in the disability sector are clearly able to speak for themselves, and have done so strongly, we have a feeling that the sector – people with disability, peak bodies, services – is feeling bruised and exhausted. This has resulted from the battle over the independent assessments and NDIS ‘affordability’ arguments, but also the distress caused by ongoing systemic failures, discrimination and abuse revealed through the Disability Royal Commission.

For many people there is a feeling that the voices of people with disability have been ignored and that key parts of the system, such as the NDIS, continue to do this.

There is a severe lack of trust in the people who matter in government policy making and a disbelief that they are genuinely interested in the experiences and views of people with disability and their supporters.

So how to address this, both to restore trust in the NDIS but also to actually improve the Scheme so that it meets the needs of people with disability?

Key messages from the Independent Advisory Council to the NDIS on planning and access were that the independent assessments not proceed in their current form and that any further approach to assessments and personalised budget models should be “codesigned with the Council and Disabled Person’s Organisations”.

They drew attention to how a “lack of transparency around challenges facing the Scheme contrasted with the language often used by the NDIA on ‘co-design’ and ‘partnership’” and have called for the establishment of a ‘compact’ between the Scheme and the disability community.

Their recommendations should be the starting point for changes in relation to access in planning. 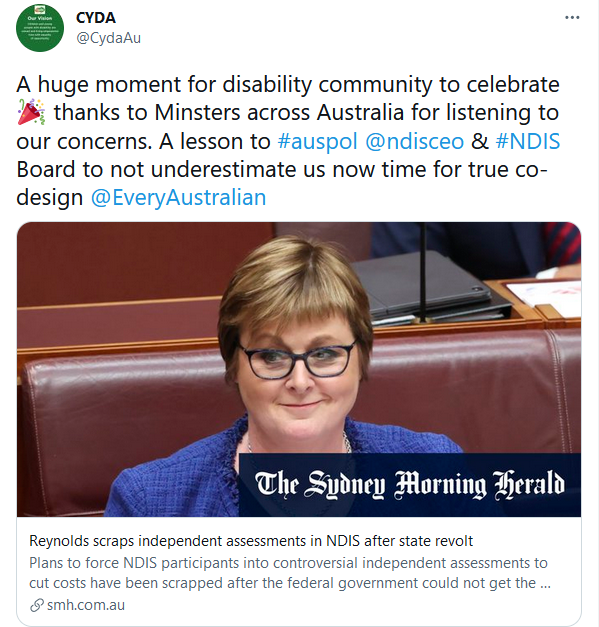